Sweet, shy, and studious, Lana was the perfect student in high school—and the perfect target for a horny jock. After being seduced and humiliated, she swears she’ll never trust a man again. But when a friend draws her into the circle of the Wind Dragons MC, Lana’s steel-walled defenses are put to the test. The bikers are so sexy, so masculine and assured, they’re hard to resist—especially the gorgeous one called Tracker…
From the moment he meets Lana, Tracker feels the chemistry between them—and it’s highly explosive. A part of him wants to protect this angel on earth from the hell-on-wheels bikers’ world. But another part of him wants to take her in his arms, put her on his bike, and ride off into the sunset together. Lana wants the same thing—even though she knows it will set off a firestorm of trouble. She also knows that when a woman want something, she has to fight for it. And Tracker is definitely worth fighting for…

*Note: Can be read as a standalone. 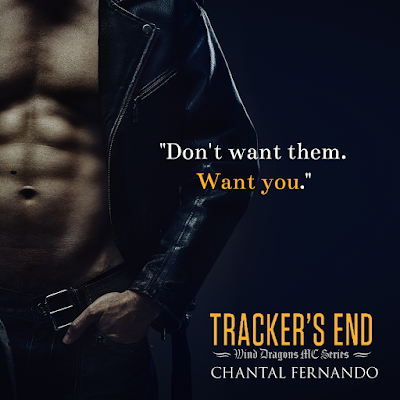 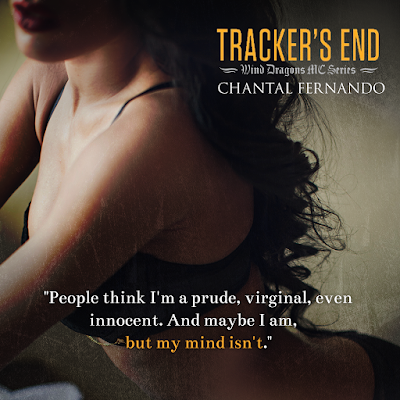 When Faye discovers her boyfriend in bed with another woman, she does something incredibly stupid: she sleeps with his brother, Dexter Black. He’s the boy next door who grew up to be one sexy biker dude, pure alpha male to the core. A tattooed muscle-bound fantasy in the flesh, Dex is now vice president of the notorious Wind Dragons MC. And now Faye’s really screwed. . . . She’s a law student with a future. He’s a criminal with a past. She’s a good girl from a strict family. He’s a bad boy who breaks all the rules. But once Faye straddles the back of Dex’s bike—and experiences the thrill of the open road, the rush of pure adrenaline, and the roar of unbridled lust—there’s no turning back. This good girl and her hot-blooded biker are in for the ride of their lives. . .

*Note: this version is a revised and expanded edition of the indie version. It can be read as a stand alone.

Anna is a beautiful Ph.D. student whose older brother is a notorious badass in the Wind Dragons MC. Of course she loves Rake, who’s looked out for her since their troubled childhood. But he’s still protecting her—to the extreme. She can’t make a move without a Wind Dragons motorcycle escort. Potential boyfriends flee, for fear of her ass-kicking sibling. And Rake’s made it clear that his biker brothers are trouble of the worst kind, and strictly off-limits. But one of these tattooed bad boys has already pierced her heart: Arrow, the bearded, darkly brooding rider with the body of a Greek God and eyes that betray a wounded soul. He’s sent to whisk her off campus on his thundering steel stallion. And when Anna wraps her arms around his rock-hard torso, it’s too late for caution: she’ll ride as far as the road takes them—unless Rake stops Arrow in his flight. . . .

*Note: this can be read as a stand alone

Chantal Fernando is a New York Times and USA Today bestselling author whose novels include two books in the Maybe series—Maybe This Time and its follow up, This Time Around; and her latest releases, Toxic Girl and Saxon. When not reading, writing, or daydreaming, she can be found enjoying life with her three sons and family. She lives in Western Australia.