Max “Slick” Jones has never led an easy life. He’s rough, hardened and tatted on the outside and never once thought that he deserved to be loved. Despite his upbringing, he’s dedicated his life to helping others. When his old friend Asher Wellington calls upon his services, he drops everything knowing he has a lifetime of debt to fulfill to this family. But, what he didn’t expect was to meet Chloe.

Chloe Peters grew up in a privileged, picture perfect life with amazing parents and her twin brother, Kyle. She and Kyle were living out their lifelong dream until one second, one moment in time changed everything and sent her into a tailspin she thought she could never recover from.

Will the exchange of deep dark pain in the eyes of two hardened souls open the door to a happily ever after?

Can Max show Chloe that there can be life after tragedy? Can Chloe Show Max that he is worthy of love?

Sometimes the hardest person to forgive, is yourself.

This is a mature audience book, and is intended for adults only. 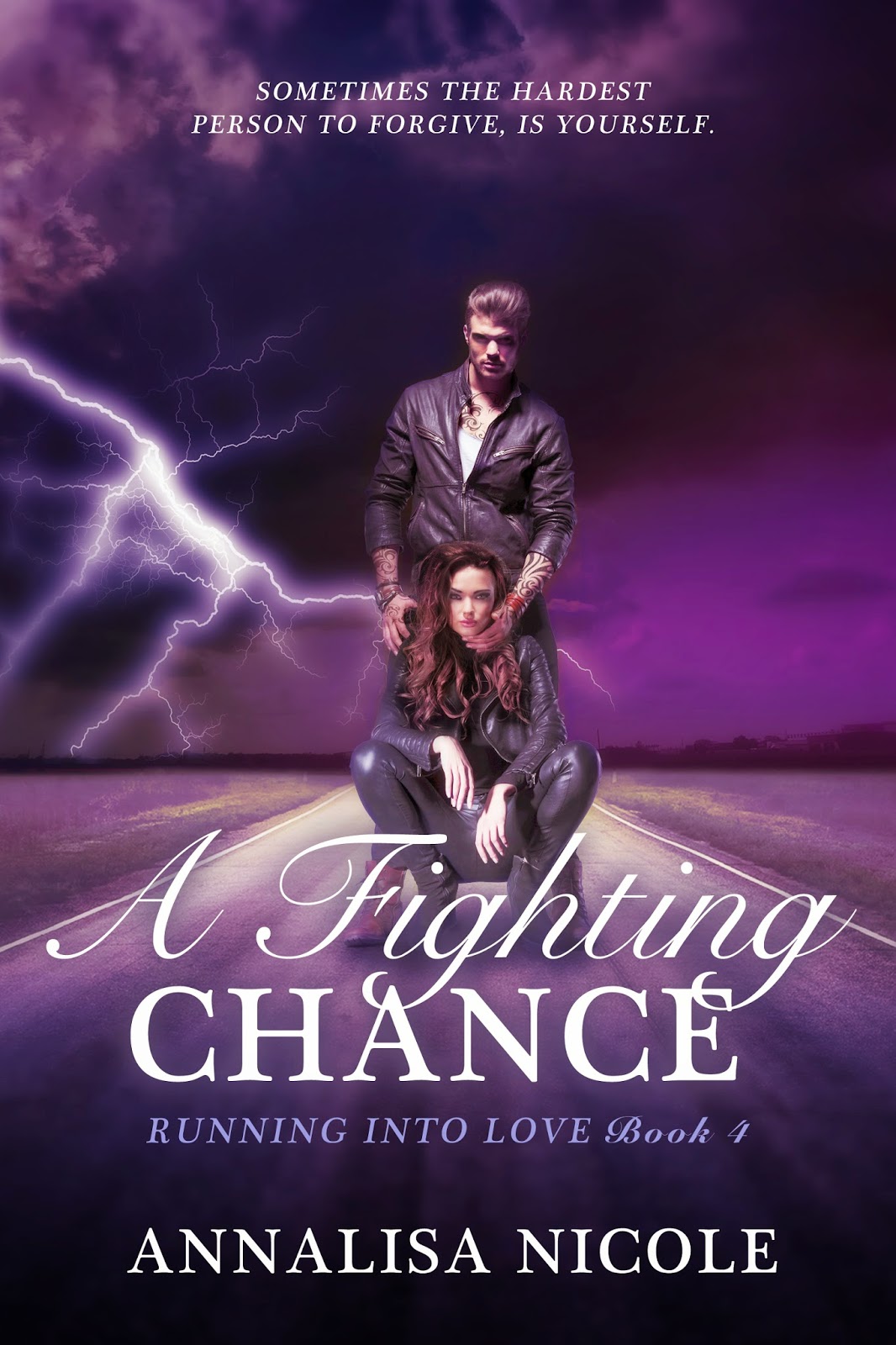 She walks over to the window, pulls back the sheer white curtain, and stares out into what seems like nothingness. She places her forehead on the glass and slowly shakes it back and forth. I can’t stand to see her like this. I walk across the room and stand behind her. I question whether or not I should even touch her. My hand hovers over her arm as the hairs stand on end, begging me for my touch. Her mind is telling her no, but her body is crying out to me, begging me for help. Ever so softly I touch the back of her arms. She jumps and picks her head off the window, but doesn’t shrug it away. I run my hand down the back of her arms and bury my nose in the crook of her neck. I feel the goose bumps forming on her arms and I hear her breathing increase. I know she’s still in this broken shell. I know if I don’t do something now, I risk the possibility of never freeing her from her demons. And I know just what I need to do.


When I started this, I was so happy for Max and Chloe. They both deserved to be happy, along with Asher, Kyle and Adrian and their significant others. Max was sort of an enigma, you didn't know much about him, but what you did know stuck with you. This book brings Max out and just shows exactly what kind of person he is. He is complex and loving, fun and so caring, sensitive and dominant, and many other things, just as we all are. Chloe was doing really well, and then came the mistake that Max made. I understand why he thought that way, but it took him a long time to come around to a better way of thinking that was not just better for Chloe, but himself as well. It was a horrible few months, that's for sure. But the lengths that Max goes to in order to ensure that Chloe heals and becomes all she can be was amazing to read about. I absolutely loved the end, and I hope this is not the end of the series.

I am an “Indie” contemporary romance author. I live in California with my husband and two teenage boys. I absolutely love being a stay at home mom.

I never liked reading as a kid. I only started reading romance novels in the past few years. My Kindle and I are inseparable now. A thought occurred to me in December of 2012 that maybe I could write a romance novel. So I went to work with the encouragement of my husband and my sister-in-law. It didn’t take long to figure out that I really enjoy writing.

Today I am a self-published author and it has been an amazing journey. 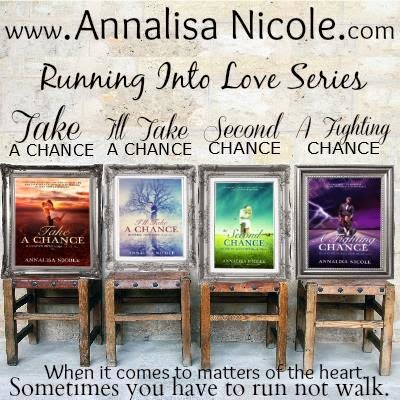 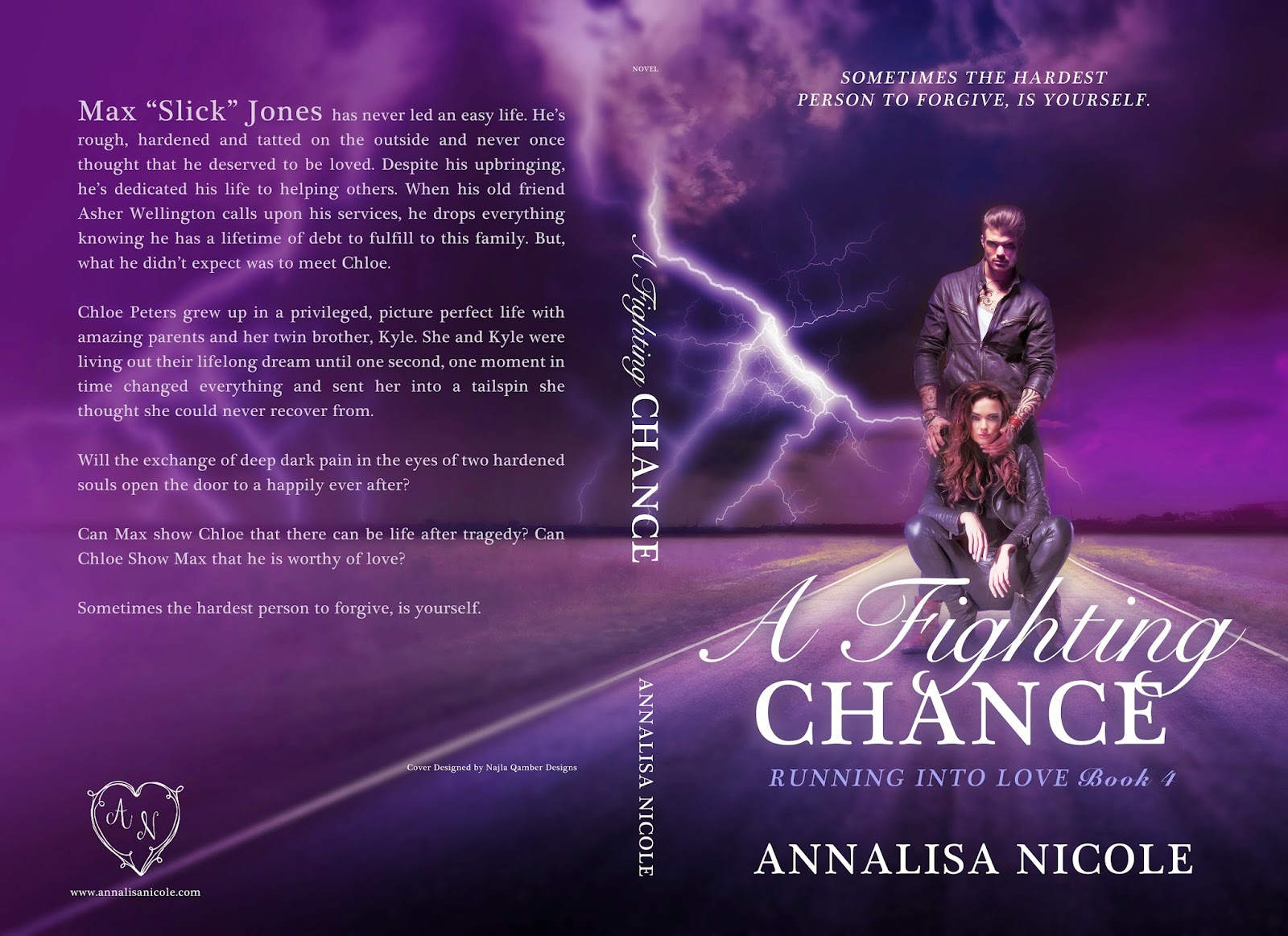 Posted by Unknown at 1:00 AM No comments:

It took years for Adam to stop drowning his regrets in alcohol, and running the local bar doesn’t make it any easier—especially not when everyone he knows gathers there to discuss the shocking allegations that have shattered his hometown. When another murder rocks sleepy Madison to its core, it becomes chillingly clear that even more vicious wounds are waiting to be exposed.

Nothing is sacred anymore, and no one is safe, least of all the mystery woman who shows up in town out of the blue, looking like every fantasy Adam’s ever had. She may have her own dangerous secrets, but she can’t ignore the urgent heat between them any more than he can. As a killer’s quest for vengeance explodes into violence, Adam is tempted to lose himself in the delicious promise of her body—until he realizes he’ll risk anything if she’ll give him her heart…in Sweeter than Sin by Shiloh Walker.

|
Shiloh Walker is an award-winning writer…yes, really!  She’s also a mom, a wife, a reader and she pretends to be an amateur photographer.  She published her first book in 2003. Her newest series, Secrets and Shadows, launched with Deeper than Need, followed by Sweeter than Sin and Darker than Desire.

She writes romantic suspense and contemporary romance, and urban fantasy under the name J.C. Daniels.

Excerpt
“I think right now the one thing you need to do is sleep, darlin’.”  He nuzzled her neck, pressing his lips where it curved into her shoulder.  “It’s late and you never look like you sleep as well as you should.  Tomorrow is soon enough for you to worry about how somebody else’s tragedy has to ruin your life.”

“It’s already ruined mine.”  Slowly, she turned around and lifted her hands, curling them in the soft, worn material of his shirt, pressing her head against his chest.  The smell of him flooded her head.  Warm man, something spicy—the soap he wore or aftershave—she liked it.  Rubbing her cheek against him, she murmured, “It’s ruined my life for years and I’m tired of it.  I don’t want to let it ruin my life anymore.  That’s why I’m trying to figure out what to do next.”

“I already told you.  Sleep.”  He rubbed his lips against hers and then said quietly, a thread of steel in his voice, “Tomorrow, we find answers.  For now, though…”

He slid his hands down her back, cupped them around her hips.  He boosted her up and when she twined her legs around him, it was a sweet, sweet bliss.  “Maybe the answer to that is think about you.  You’ve lived your life day by day, always thinking about keeping your secrets.  We need to figure out how you can reclaim your life, but you can’t do that in the dead of night.  So for now…think about you.  What you need.”

He dipped his head and caught her lower lip between his, bit her lightly.

A slow shudder wracked her body and he decided he liked it.  As he lifted his head to peer down into her eyes, she stared up at him, her eyes cloudy and heated.  “Are you suggesting that maybe the answer to this lies in getting naked?”

My Most Precious One by Evangeline with Giveaway & Excerpt

Alexia, Lexi to all her friends, lived her life her way. Even if it meant putting aside her dreams and dealing with her overbearing mother. She loved the world she had created for herself as a waitress in a chic Montréal bistro. Until one day a businessman comes into the bistro and challenges the life she’s come to love.

She’s caught between her desire for him and the desire to protect what she herself has created. He is domineering and strong with all his wealth and power, as he unapologetically pursues her.

Should she give in? Should she set aside who she is and be with him in his world?

Lukas Blakk is exactly what Lexi has always wanted but the man has a past that Lexi might not be ready for.

At first, it was a hard-pressed kiss, but my body slowly loosened up under his immense pressure, letting him in. My lips gradually parted and I had my first taste of Lukas. It was simply sinful, like I had been craving him all my life, but hadn’t known it until I tasted him on my lips. His kiss was powerful and demanding, his tongue teasing and controlling. “Mine,” he repeated against my lips. The kiss became frantic as if he was making sure I understood him. My body naturally yielded to him. I could feel every single goose bump on my skin. My whole body was a live wire. He pulled himself away, looking down at me, letting me slide down the wall slowly, his hands cupping my face.

“Breathe,” he whispered, “just breathe.” I lost all sense around me. “Alexia?” he whispered again close to my ear, making my already weakened body wither under his intense voice.

Evangelene was born and raised in Montreal Canada. She currently lives with her husband who at times drives her nuts. She has been studying Classical Civilization and Linguistics at Concordia University for over ten years. The pull of the ancient world was too great for her to let go, so she continues her education to feel closer to the world she identifies with.

She reads nonstop, devouring books like its food, loving the feeling of being lost in a world that another author has created.

Evangelene started writing her stories ten years ago to express and bring to life all the wonderful characters that inhabit her imagination. She writes for herself and invites readers to join her journey.

Nothing is as it seems…

Everything Isadora Starling wants is right there in front of her, but Toryn is off limits. He’s her best friend. She’s been denying her heart all these years, afraid to lose him.

Toryn Flame has a long past full of secrets. None of which he can share with Isadora, the only person who truly matters to him. She’s the one woman who has never shown a hint of lust toward him, but even if she did, pursuing her is forbidden.

That all changes when the family Isa doesn’t know decides it’s time to reveal who and what she is. After Isa’s recent attack, their motives are unclear.

His only goal is protecting Isa. Toryn will do everything in his power to keep her safe, including going against orders from his king.

Toryn’s only fear is losing Isa’s trust. Once the truth is revealed, can she forgive him for years of misdirection and omissions? Can she come to terms with a world she doesn’t want or know?

Toryn Flame
Runs a security firm with friends Lonny and Scotty.
Black hair, blue topaz colored eyes.
Fiercely loyal, protective, but loves to have fun.
Lead singer of local band Revolt.
In love with Isadora, but can’t tell her for a list of reasons a hundred miles long.
Close friends with Leon.

Leon
Old friend of Toryn’s.
Runs a gym in San Francisco, but opening one in Seattle.

Morrigan
The oldest Storm Mistress and will teach Isadora what she knows.

Alenathos
Water dragon with his own goals.

As an avid reader, Brandy has always loved writing. She became serious about it as a stay-at-home-mother. She has a file full of manuscripts she plans to edit and put out there eventually.

She lives in Western Washington with her husband and three kids, where she is already working on future stories in the series.

This Tour Has Been Organized By