Elley Arden is back with a new sexy and emotional romance that will make you cry and swoon, all at the same time, with MARRIAGE BY DESIGN, book 2 of the Designing Love series.

Want to get to know Elley better? Check out this exclusive interview! 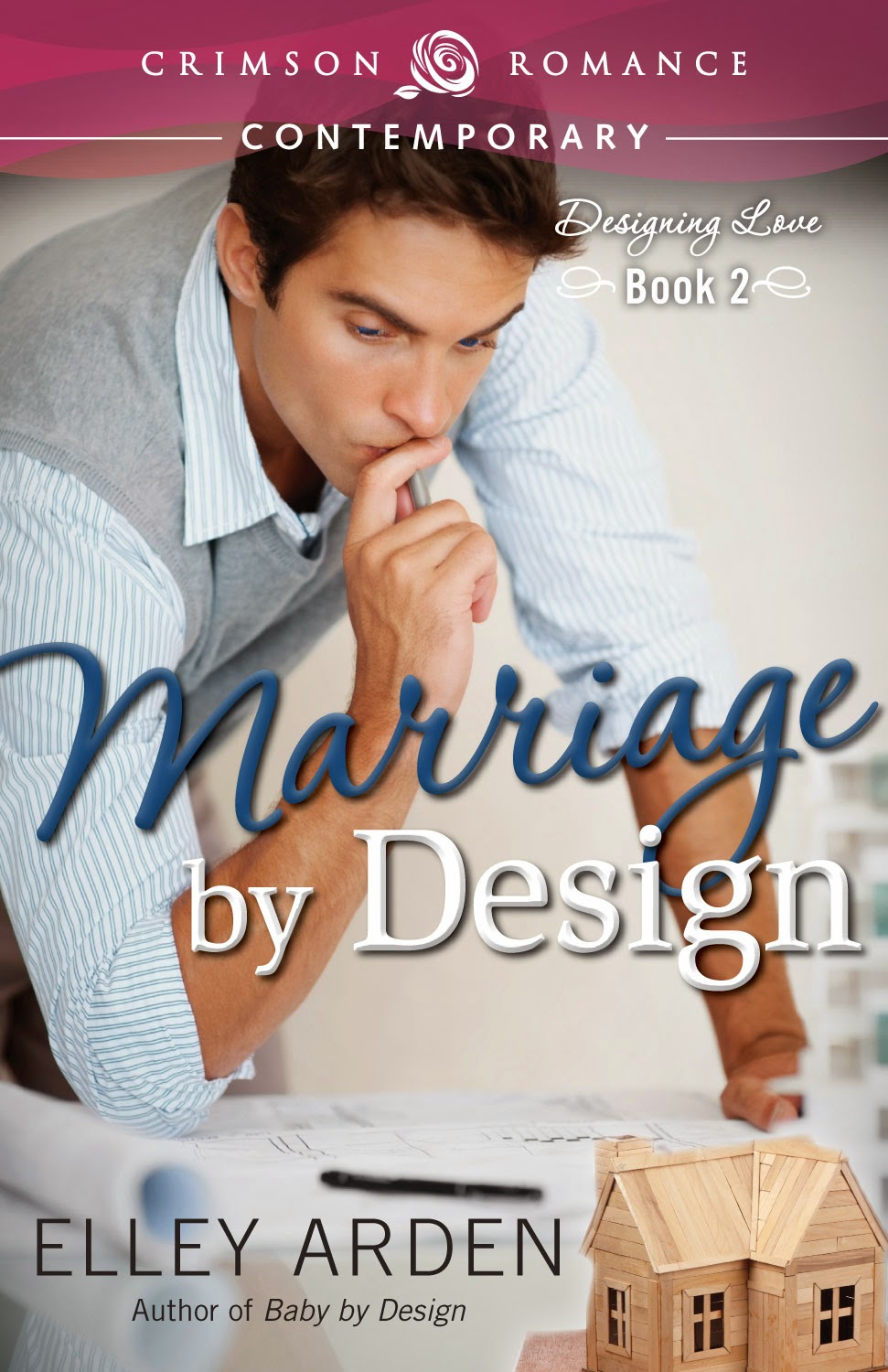 About MARRIAGE BY DESIGN:
Family first. That motto led Angie Corcarelli to become a carpenter and take over the family construction business when she was barely out of her teens. And now it’s leading her into battle against her best friend’s ex. Stuart Perrault and his swanky, family-run construction engineering firm have been tapped to oversee a highway project that includes demolishing a stretch of row homes. Over her dead body will it come to that.

Stuart Perrault knows a thing or two about family allegiance. For the past fifteen years, he’s been working alongside his brother and father, dreaming about the day he’d be named CEO of the Perrault Group. But then came the bridge debacle in Paris. And now his dream seems a little further away. As he fights his way back to the top of the company, he isn’t about to watch another project fall apart just because his ex-girlfriend’s best friend is a loose cannon.

When Stuart’s father insists he take Angie out to dinner and neutralize things, he obliges. But has he bitten off more than he can chew? Angie isn’t at all what he expected, and his usual self-control doesn’t seem to work when he’s around her.

The more time Angie spends with Stuart, the harder it is to see him as the bad guy she’d believed him to be. But falling for each other would mean going against their respective families. Are they strong enough for that?

My Review: 4.5 stars
This was a really good read. I loved being able to get to know Angie more (we met in the first book in the series), and she's a force to be reckoned with. From the time that Stuart was introduced, I knew this was going to be a hate to love you book, but that's alright with me. It was a good story, with solid characters and we got to know them pretty well. I loved when Angie and Stuart finally gave into the passion that had been building between them. They have great chemistry, and it you could just feel that it was getting harder and harder to deny. Of course, I loved the ending. Elley is always so good with those. I am a fan, and will continue to read her work because it always leaves me feeling good. I like that.

Also in the Designing Love series: BABY BY DESIGN

Elley Arden is a born and bred Pennsylvanian who has lived as far west as Utah and as far north as Wisconsin. She drinks wine like it’s water (a slight exaggeration), prefers a night at the ballpark to a night on the town, and believes almond English toffee is the key to happiness.
Charming characters. Emotional stories. Sexy romance.