Synopsis
Mal Ericson, drummer for the world famous rock band Stage Dive, needs to clean up his image fast—at least for a little while. Having a good girl on his arm should do the job just fine. Mal doesn’t plan on this temporary fix becoming permanent, but he didn’t count on finding the one right girl.

Anne Rollins never thought she’d ever meet the rock god who plastered her teenage bedroom walls—especially not under these circumstances. Anne has money problems. Big ones. But being paid to play the pretend girlfriend to a wild life-of-the-party drummer couldn’t end well. No matter how hot he is. Or could it?

My Review: 5 stars
I loved this book just as much as I loved the first book, but maybe even just a little bit more. Where Lick was pretty intense, this book was so Mal. Playful and half the time you didn't know if he was serious or not. He was definitely the life of the party. I loved that while Mal was playful, he was still intense in his own way. He was pretty determined not to be serious, but meeting Anne changed that for him. Mal may not have know it,  but when he got involved with Anne, it was one of the best decisions he ever made. They have different problems and deal with them in different ways, yet they are there to support each other when needed, no questions asked. Anne is the serious one. She's had to deal with a lot, and had to be the one who put others first for a long time. The day she meets Mal is the best and worst day of her life. I loved Anne's internal thoughts, she cracked me up almost as much as Mal.

Malcolm Ericson is a conundrum, but a loveable one at least. I laughed a lot while reading this book, and that was a complete bonus for me. Mal was just hilarious, but meant everything he said, especially when it came to Anne. Yup, conundrum. He's difficult to figure out, but eventually Anne does. Their relationship begins with him asking her to be his fake girlfriend and her coming home to find out that he really did move in her house. She had thought he was drunk and wouldn't remember her, much less what he had said at the party the night before. I loved that Anne made him re-think many things. She downplayed a lot of things, while Mal was over-the-top dramatic. But he took Anne very seriously, he just didn't know how to show that side of himself, when he did so. I loved that he would do anything for her, if she asked. They were the perfect balance for each other. Mal and Anne's story is completely different from David and Evelyn, but just as intense. One of my favorite scenes was when they ended up in the bathtub. And also the night she made him doubt his kissing ability and affect.

Kylie has done a fantastic job with this book, and I fell in love with Mal's sense of humor, and his ability to switch just like that and be completely serious, at least when it came to Anne. I really loved what happened with Reece, that jerk. I think he got what he deserved. Anne was stronger for it, and learned where her heart really lay and with whom. I love the character development for everyone in the band, and it was really nice to read about how in love David and Evelyn still were. I loved how all the guys in the band included Anne in everything, and made her feel welcome. I can't wait to see what Kylie has in store for Ben and Jimmy. If I could give more stars, I'd give it 20. this book has been running through my head for the last two days, and it's one that I will re-read as soon as I get the chance, because I enjoyed it so much. 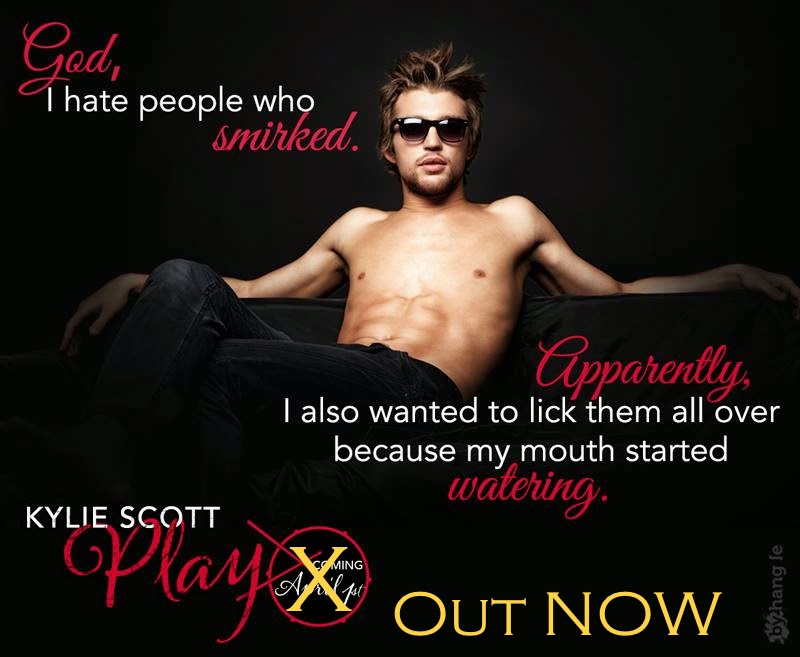