Sex and the Single Vamp by Robin Covington with Giveaway & Review 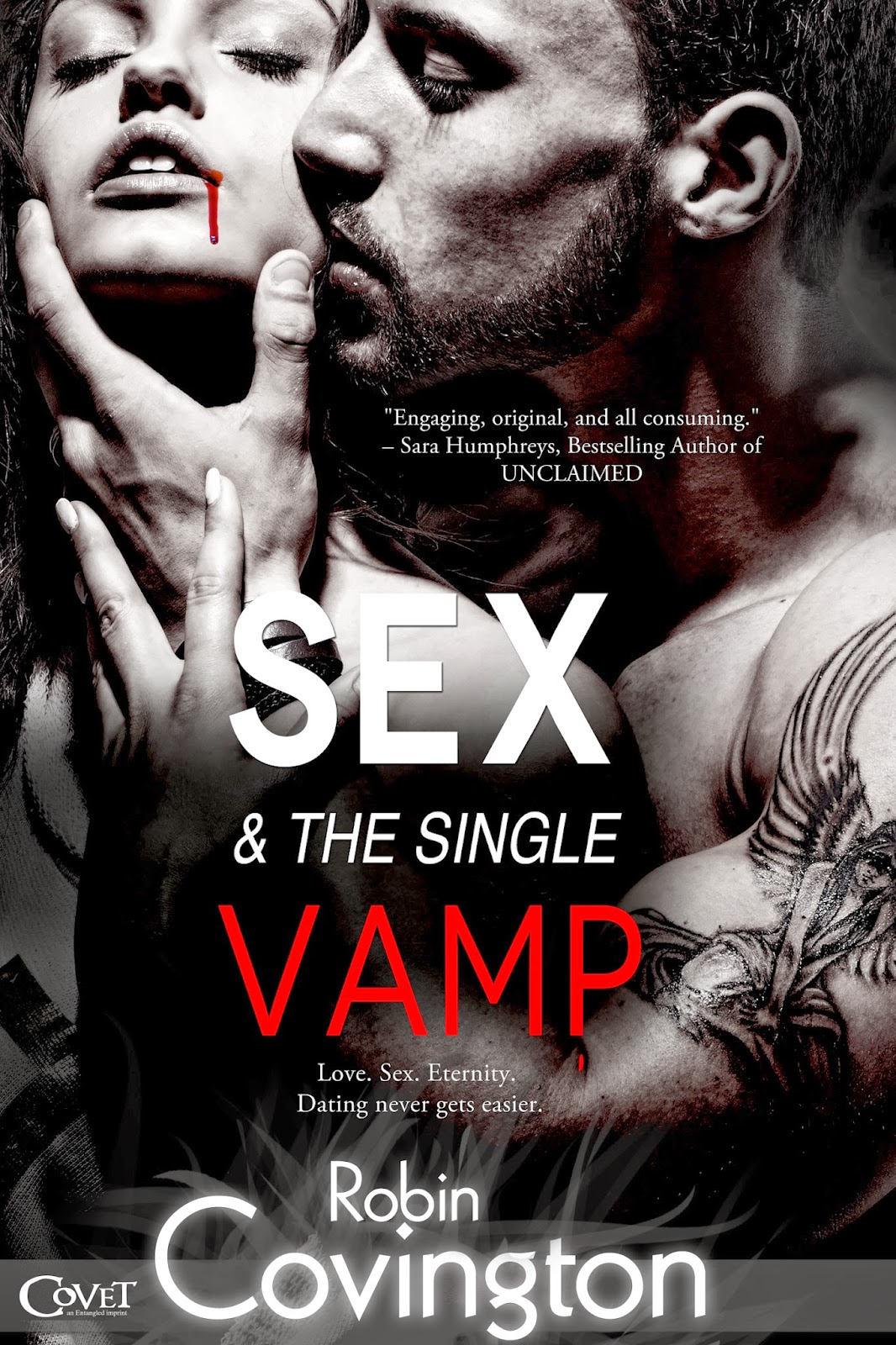 Synopsis:
Cici Trent, vampire and media darling, spends her days finding true love for humans and supernaturals (the "Others") at her dating agency. But someone is trying to sabotage her business and she needs help. Unfortunately, the best man for the job is the one who broke her still-beating heart two hundred fifty-four years ago.

Deacon is a patient vampire. He’s only loved one woman in over three hundred years— CiCi— and she chose another. So when she shows up in his office asking for help, he finally has the chance to lay that demon to rest. He’ll help her, but for a price—a night in his bed.

Adrenaline, mischief, and a little late-night B&E light the passion that even a couple of lifetimes couldn’t put out. But Deacon has a secret and when Cici is suddenly mortal, his deception might be the only way restore her immortality. Can love bridge the gap between a heartbeat and forever?

My Review: 4 1/2 stars
This was a really good book. I enjoyed the give and take between Deacon and Felicity/CiCi and watching them fight their attraction. Might I say, what an attraction. They have a 200+ years relationship that is very complex. They've both hurt the other so many time through the years, and when the truth behind a lot of the hurt comes out, it's going to be painful. And costly. When the cost is sound out for solving one of their problems, it's not even a question whether it will be done. It takes that revelation for them both to realize their true feelings about many of the things that have kept them apart. When Deacon and CiCi do give in, it's supremely intense and sooo satisfying. I want to say more, but don't really know how without giving away too much. It's really good, and kept me glued to the pages until the end.

Author Bio:
Robin Covington, who NYT Best Selling authors, Robyn Carr and Carly Phillips, said was their new “auto-buy author”, writes sizzling hot contemporary and paranormal romance.
A Night of Southern Comfort, her best-selling debut novel was named a 2012 finalist in the RT Book Reviews Reviewers Choice Awards, earned 4.5 stars and was touted by RT Book Reviews as bringing a “fresh, modern feel to the genre while still sticking to the things that get our adrenaline pumping — sex and danger”. When she’s not exploring the theme of fooling around and falling in love, she’s collecting tasty man candy, indulging in a little comic book geek love, and stalking Joe Mangianello.
Robin is a member of the Romance Writers of America, the Washington Romance Writers, a faculty member at Romance University, a member of the Waterworld Mermaids, and a contributor to the Happy Ever After blog at USA Today. You can find Robin on her website, Facebook, Pinterest, and Twitter (@RobinCovington).