Synopsis
The day Maya Owens walked into his tattoo shop, everything Talan knew changed. After officially starting a relationship, he is now having trouble managing Maya—a woman who consumes every part of his being and owns his heart. His need to control her and everything around her drives Maya insane, but he has good reason. After all, Janice is still lurking around and she has a vendetta against his Bitty. In no time Talan wants more, and it’s faster than Maya can handle; things begin to get complicated. Months of frustration and want take them for a ride neither wanted, but now yearn for. Will they make it through the turbulence? And if so, at what cost?

__________________________________________________________________
Excerpt
I sat in that empty lot for five minutes before there was a tap at my window. It was Simon. Why the fuck was he here?
Rolling down the window, I gave him my best bitch brow. “What’re you doing here?”
“Save it, small fry.” He laughed and opened my door. “Boss man just left, and my boss demanded I retrieve you. It’s a preventive decoy.”
My expression must’ve matched my thoughts: I’m not following.
“If Talan sees you and Esther walking toward the shop, he’ll know something’s up,” Simon explained while shoving a bag at me.
I looked inside the bag and arched the brow at him again. “What’s up with the wig?”
“Simple. You and Esther have a very distinct hair color and that solves one problem. If we happen to see him, I’ll pull you in closer and he’ll think its Esther getting her fix.”
I smiled: Now this made sense. “Good job, young grasshopper. I’m impressed.”
Simon flipped me off with an amused grin on his face. “You’re perfect for him, you know?”
“He’s perfect for me,” I amended and grabbed his offered hand. The long coat I was wearing prevented him from seeing anything. Fucker still waggled his brow the moment my high-heeled shoes came into view, though.
“Talan’s in for one hell of a night.” Simon bit his lip. “I’m happy for him, but dammit, I wish you girls would’ve let us in on this. ‘Moody fucker’ is the nicest way to describe what he’s been like since he found out he was booked tonight.”
“I know.” Simon mock-glared at my giggle. “I’m sorry, but all this was necessary. He’s going to—pardon my crudeness—blow his load the moment he realizes what’s about to happen.”
“That he is.” He laughed and walked me back toward the parlor. We made it there without incident. Simon stopped in front of the back door, “This is where I leave you, ma’am. Esther has everything else set up. It’ll be you and him once you walk through that door.”
“Thanks, Simon.” I pulled him in for a tight hug then watched him stroll off. The nerves were starting to take a hold of me again.
Would Talan like this?
Who was I kidding? Of course he would. That man has wanted nothing more than to lay his stamp, his creation, on my skin for months.
Opening the door, I heard soft music playing in the distance. It made me smile. Our playlist, the one I’d created for just this purpose, played through the store’s speakers.
My feet carried me forward. His office door was closed, all the lights off except for his private room—it was lit. Candles and low-lighting illuminated every inch of space. Perfect.
Talan’s station was set up: only black ink on his table, gun, needles, cups, cleaning solution and towels …
Lying in his chair was my folder, open with the stencil of his design atop the rest. It was a reminder of how he saw me. His equal. His other half.
With shaking fingers, I opened my coat and let it fall to the floor. Beneath the fabric I had worn nothing. This was my gift to him. The flesh he admired and made come alive with just the tone of his voice.
Bending at the waist, I picked up my coat and carried it to just outside of his door—and dropped it there.
Let him find it. Find me.
__________________________________________________________________
________________________________ 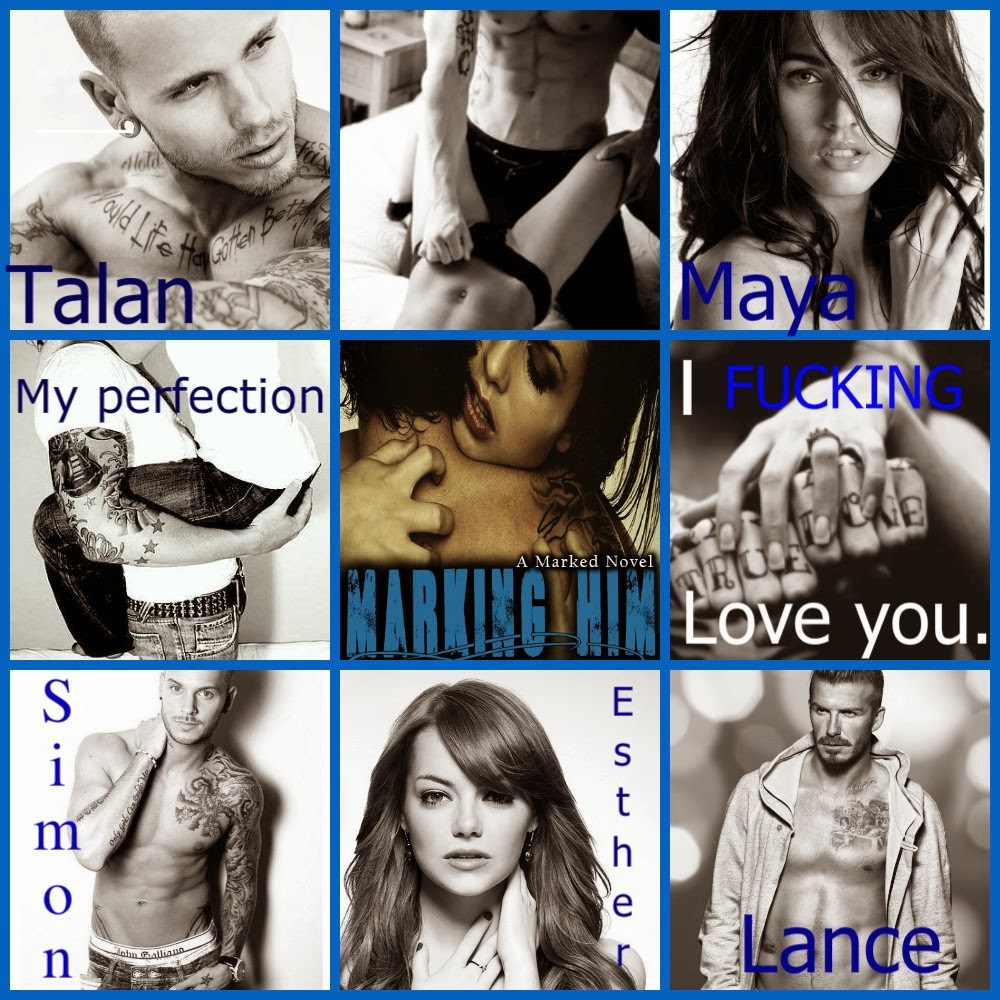 __________________________________________________________________
My Review: 4 1/2 stars
While I really enjoyed this book, I believe I would have liked it a lot more if I had read Marking Her, the first book in the series before. I would have rated it higher if I wouldn't have had to continually figure things out while reading this book. It was a good read, that's for sure. I loved Talan and how he did his best to keep Maya safe. Yes, he's controlling, he's demanding, but he's also damn sexy and loves his woman. Talan only wants to take care of Maya, in every way that he possibly can. Maya is having to learn to deal with Talan being controlling and she stands up for herself when she feels she needs to. I loved all of the characters in this book and I loved getting to know them all. I cannot wait to see where the series takes us next. Very well written and it just pulled me into the book and left me wanting more. Really great job, Elena!!

Elena M. Reyes was born and raised in Miami Florida. She is the epitome of a Floridian and if she could live in her beloved flip-flops, she would. As a small child, she was always intrigued with all forms of art—whether it was dancing to island rhythms, or painting with any medium she could get her hands on. Her first taste of writing came to her during her fifth grade year when her class was prompted to participate in the D. A. R. E. Program and write an essay on what they’d learned. Her passion for reading over the years has amassed her with hours of pleasure. It wasn't until she stumbled upon fanfiction that her thirst to write overtook her world. She now resides in Central Florida with her husband and son, spending all her down time letting her creativity flow and letting her characters grow.