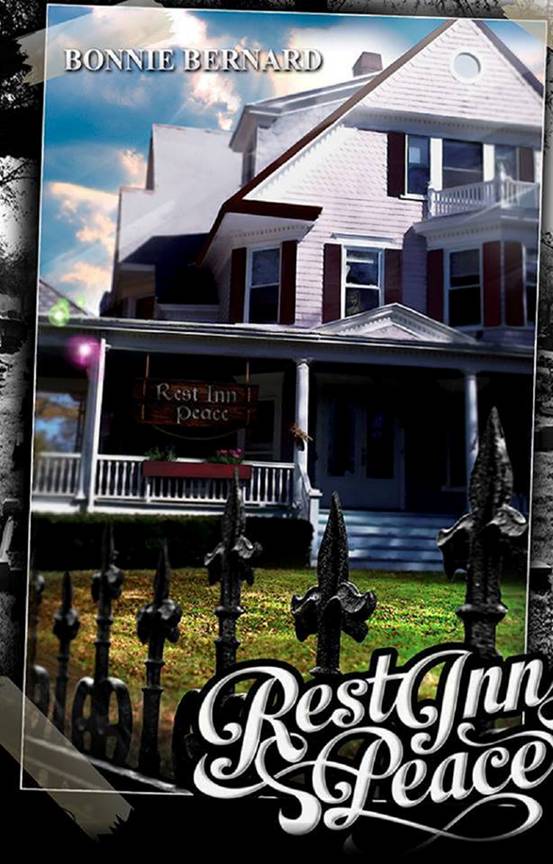 
Rest Inn Peace is a charming bed and breakfast nestled in a magical grove on the outskirts of Yellowstone National Park, next to an old cemetery packed with brain-starved zombies. The inn is home to dragons, fairies, talking animals and ghosts. The welcome-wagon committee is a creepy statue and a crazy manager. For Cobra and his 12 year old daughter Zoe, inheriting the inn is anything but a delightful family rest stop and it brings out the worst in them both; after all, fairies and dragons aren’t even real – are they? Cobra wants to take his kid and run, but where will they go? The outside world is crumbling, people are hungry and desperate. When Cobra takes over running the Inn, murders begin to plague the small town of Broken Spur Valley with a frightening regularity. Is there a connection between their arrival and those mysterious murders?

Excerpt -Rest Inn Peace
The Beginning - Fairy Bad
“Prepare to die.” Unsheathing a knife from his well-worn leather waistband, the robust fairy with the fragile pink wings directed its tip at Cobra’s chest.

“What the hell?” Cobra exclaimed, releasing the Harley’s throttle and grabbing the brake a little too hard as the flying menace appeared from thin air and flew straight at his oncoming motorcycle.

“Hell has nothing on me, white man.” The fairy landed ten feet in front of the motorcycle as Cobra lowered his left foot and forced the bike to a squirrely stop. Zoe’s head knocked against his back.

“Ow,” she complained. “My nose. Why’d you stop so suddenly?”

“Unexpected incoming object,” Cobra answered, his gaze focused on the seven foot tall creature holding the knife, its blade glinting against the afternoon sunlight. If the monster had jumped in front of the bike while Cobra and Zoe were still barreling down the highway at sixty mph instead of lumbering up a dirt driveway at ten, there’d be no preparing – they’d already be dead.

“Warn me next time,” Zoe griped. “My nose is all bent out of shape now.”

When isn’t it? Cobra thought.

Craning her neck over his shoulder to scan the scene ahead, Zoe scoffed. “And I don’t see any incoming object, Dad. Stop BS-ing me.”

“Yeah, BS-ing,” Cobra muttered as he glowered at the creature before him. The creature glowered back – enormous, ferocious, and with a Native American savagery Cobra had only seen in old cowboy movies. Snuggles, strapped in the pet crate behind Zoe, yapped and growled.

“Your child does not see me,” the fairy said in a booming voice befitting his size.

“Good,” Cobra muttered under his breath. The less crazy crap Z got exposed to, the better.

“But that doesn’t make me any less real,” the giant clarified with a flutter of his dainty wings. “Don’t speak, white man. Just listen. I understand you are Selma’s grandson. Now you understand something; it’s my job to protect this property from ex-con shitheads like you. My name is Billy, I’m the guard dog here, and I’ll rip off your scalp and shove it up your ass before I’ll let harm come to this peaceful place. Got it?”

Good.” Billy grinned scornfully. “Keep the peace, or die. It’s that simple.” He retracted the knife, fluttered his wings some more, and disappeared just as quickly as he’d shown up. Cobra blinked hard and shook his head.

“Hey, Dad,” Zoe jabbed her finger against his shoulder. “Who’s that lady on the porch?”

Cobra planted his other foot on the ground and killed the Harley’s engine, trying to shake away the freaky image. Then he glanced up, his gaze following the long, dirt driveway to its curve in front of a white Victorian farmhouse with red trim. On the old-fashioned wide porch stood an attractive brunette in white stretchy pants, a matching tank top, her hair done up in a messy bun. She pushed her glasses up higher on the bridge of her nose like a geek girl then folded her arms across an abundant chest. A fat, fluffy beige cat stretched out on the table beside her. The pair surveyed Cobra suspiciously from under a sign that read:

Welcome to Rest Inn Peace…Where Life Begins At The End Of The Road.

Meet a few Rest Inn Peace residents –
Zoe – Inherited the ability to see fairies and other magic from her dad…who was just voted the town serial killer. Twelve years old and stuck in Podunk, Zoe’s problems don’t end with her dastardly-daddy. She also has one best friend who’s afraid of bacon, another that loves peanut butter and sardine sandwiches, and a third who’s in love with a dandelion seed. Why can’t anything ever be normal?

Cobra – Has trouble staying out of jail and away from the lady in red. He hates that Zoe got her crazy streak from him, and wishes his drug-addicted ex-wife would come along and take the kid off his hands. He’s hooked on beer…and it appears he’s killing people in his sleep.

Reggie – The girl next door. She talks with gargoyles and trolls the way normal people talk with the mailman. Rest Inn Peace is her dream-come-true, but the inn’s new, disbelieving ex-con owner is a nightmare. Can Reggie save her beloved bed-and-breakfast from the wrecking ball, or will the man with the shady past destroy the whole planet with his obstinate stupidity?

Foxy – Frequent Rest Inn Peace guest and once-famous disco-feverin’ disc jockey from the 1970s. He loves the night life and wants to boogie, so if you’re up for a hot night with a cold corpse, Foxy’s your ladies’ man!
Sheriff Million – Under his vigilant watch, cow tippers are sent packing and the zombies only snack on geezerly church ladies. As far as the sheriff is concerned, everything in Broken Spur would be plumb-perfect, if not for that mysterious serial killer. Still, Million is a humdinger of a law and order man, keeping his remote rural town locked and loaded…and the goats well-fed.

Faest – Can’t fly straight or see clearly, plus he’s easily sidetracked by organic broccoli and pink flamingoes. But don’t let that worry you. Faest is a fierce fire-dragon from the royal lineage of Mythical Protectors. No matter the odds, if you’re under his wing he will keep you safe…or burn down your house trying.

Blanche and Henry – They would gladly snack on your brain if not for Sheriff Million, whose zombie-bribery tactics will always keep you safe. Well, unless you sneak out of church during the sermon, in which case Blanche will probably snap your neck. Piousness is next to godliness, after all. 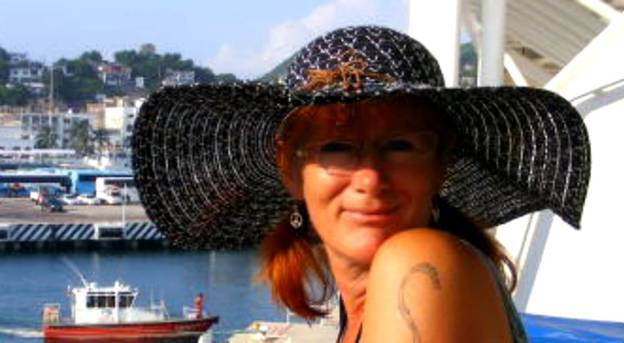 Bonnie Bernard is the alter ego of a fiery redhead who lives in the Rocky Mountains with her husband, Doug. They share their old haunted home with a mutt named Gilligan and a pair of spoiled rotten cats.
Bonnie likes to write paranormal fiction, play outside, make a difference in the world, and eat obsessive amounts of dark chocolate and hummus (but not together). She is a two-time demolition derby champion, a doggy foster mom, and she paid her way through college by clowning around.
Bonnie has six published books. They’re like tattoos; why stop until the flesh is completely covered?
Find out more at www.bonniebernard.com

Webpage - http://bonniebernard.com/
Posted by Unknown at 7:30 AM