Fiance For Hire (Book #1 in the Moreno Trilogy) by S.K. Weathers with Giveaway, Excerpt & Review 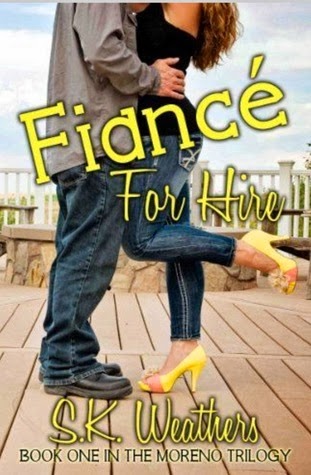 Synopsis
Leaving her lying, cheating fiancé was easy. Immediately finding a new living situation, not so much. When Sara Bradley’s best friend, Lisa, offers her a not so perfect solution. She could move in with Lisa’s brother, Nick. Sara doesn’t think that’s the best idea, but if it’s only just temporary, she’s willing to try. When Sara’s mother comes to town to pay her a surprise visit, excited to meet Sara’s boyfriend, the one she just dumped, she knows she’ll never live down her awful track record with men. Nick Moreno likes living alone, but when his baby sister calls him and asks him to help out a friend of hers, he can’t say no. His brother, Jake, is immediately smitten by his new roommate. When Nick and Jake tag along to help Sara deal with her mother’s unexpected visit, Jake creates havoc, as only he can do. Jake convinces Nick and Sara to pretend to be engaged just to get through the visit. How hard could it be? They’re already living together. Nick grudgingly agrees. After all, what could possibly go wrong? Pursued by one brother, and completely confused by the other, what’s a girl with a pretend fiancé and real feelings to do? Book One in the Moreno Trilogy.

Sara felt her breath catch in her throat for the second time in two days, and he looked away.  Since the light was going down and the sun was to his back, she couldn’t see what color his eyes were, but she already knew that intense gaze was a deep green.  She felt his eyes on her once more and the familiar tingles tickled their way up and down her spine.

The man from the gas station.

This was completely incredible. What were the odds of Sara running into not one, but both of Lisa’s brothers in the same day?  Both coming to her rescue with two very different scenarios playing out and with her having two totally different reactions to the men.  There’s no way I’m going to be able to pull this off!  Live with this man?  They would completely drive each other insane.  This cannot be happening!

My Review: 4 1/2 stars
I really enjoyed this book. It was more about discovering what really works for you in a relationship, and moving past all the rest, I thought. I loved the connection that Sara had with Nick even from their first encounter. Yeah, he was a jerk, but they both probably thought they'd see each other again. Sara's ex is a Class A JERK. Wow! I've met people like him who thought nothing of others and only for themselves. Nick on the other hand, is a caring person, but he's been hurt deeply and is trying to protect his heart the only way he knows how. Sara is just amazing that she can be hurt, but still get it together enough to move past everything, and get on with her life. I wish I were more like her. I also thought the title was a bit misleading because no one is hired to do anything, it just happens. I loved how Nick and Sara came clean. It was an intense moment, but awesome at the same time. The ending is fantastic and I really loved it. I've never read anything by S.K., but fully intend to from this point forward. I'm dying to know when the other books are coming out in this trilogy, because I want to read them all!! 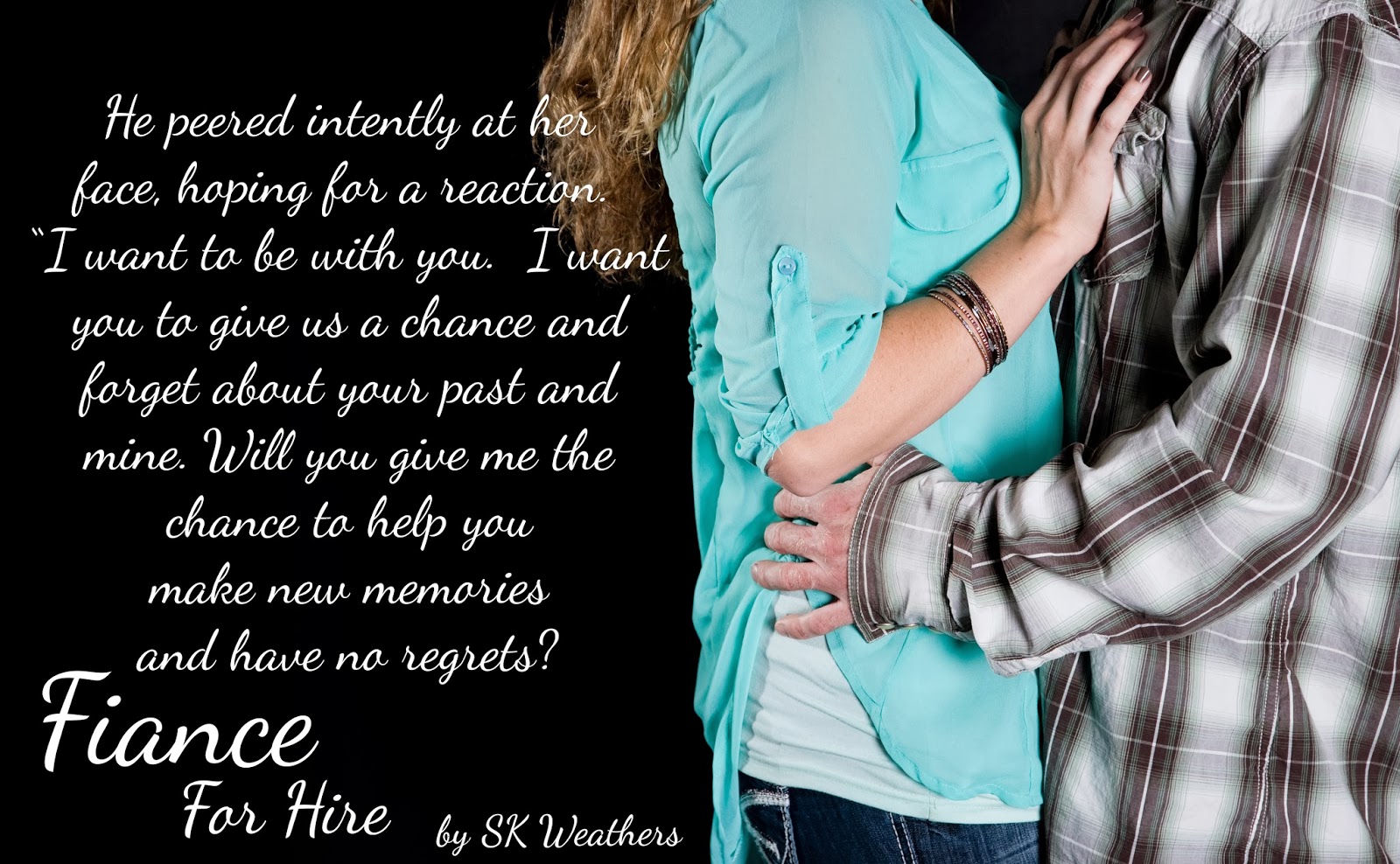 AUTHOR BIO
S.K. Weathers was born in Colorado, but grew up an Army Brat.  Having lived in Texas, California, and Utah, her family moved back to Colorado when she was in 6th grade.  Growing up, she was painfully shy and had a hard time with moving constantly and making friends.  She read quite a bit when she was younger and her love of reading only increased over time.  In grade school she would write for fun, and then in high school she wrote several uncompleted works.  Writing was a creative outlet for her during stressful times in her life.  Then one day she stumbled upon a fanfiction site where everyday people would write stories about their favorite literary, television and movie characters. She published several short stories and the feedback she received was positive enough she went back to works she had never finished and revisited them.  After urging from a couple of friends she decided to take the plunge and self-publish.  Fiancé for Hire is her first published work.   She has a day job, but hopes that one day she will be able to write full time. 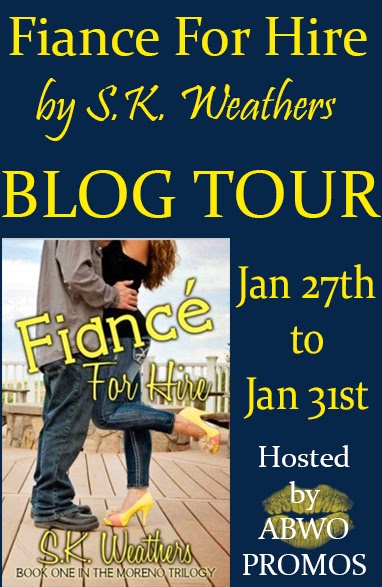