Being Sawyer Knight by Nicola Haken with Giveaway, Excerpt & Review

As lead singer and guitarist of the internationally renowned Souls of the Knight, Sawyer Knight is living a life most men can only dream of. He’s surrounded by music, fame, wealth, women throwing themselves at his feet. He has everything…

Yet he has nothing.

Life as one of the world’s most sought after rock stars is tiring, oppressive and lonely. He spends every day being who the world wants him to be, who his manager tells him to be, who his mother expects him to be… all the while fighting against who he really is. Truth is, he’s used to it. He’s actually gotten pretty good at pretending… at living the lie.

Until Jake Reed, his ex-best friend and the only person who’s ever made him ‘feel’, waltzes back into his life as the band’s new head of security. Jake wants Sawyer – always has, always will. Now, he just needs to get Sawyer to admit that he feels the same…

“You will be mine, Sawyer Knight. The faster you try to run the quicker you’ll fall to your knees. Then, Sawyer… then you’ll be too weak to resist.”

“I need to talk to you,” was how I greeted Sawyer when he opened the door to his dressing room. We had an hour to wait before the stylists and makeup artists were available to prepare the guys for the shoot, so they were all chilling back in their respective dressing suites.

“Um,’kay,” he said nervously, backing into the room. I followed him inside and then turned back to the door, locking it behind me. That move caused his Adam’s apple to bulge as he swallowed nervously. “W-what’s up?”

“You looked beautiful on that stage,” I said, advancing towards him. Instinctively he backed away, but I kept moving forward until he was pressed against the wall. “My dick was so hard for you, Sawyer. It’s been hard for you since I got here.”

I flattened my palm against his heaving chest and his own hand quickly reached up to move it away, but instead it lingered, his fingers curling around my own.

“Please, Jake. You’re messing with my head. I can’t take it much longer. You were my best friend and I’ve missed that. Please don’t fuck that up.”

“You can’t be serious. You don’t even know me anymore.” His voice was faltering. I was winning.

“I do know you. I know you better than anyone. I know you better than you know yourself. If I didn’t, how would I know that you want me to do this?” I breathed, sliding my hand down his chest until it reached the waistband of his jeans. He swallowed forcefully and then opened his mouth, to protest I assumed, but when my hand dipped inside and took hold of his cock, all that came out was a moan.

The risk I was taking was either going to be a monumental breakthrough, or the biggest mistake of my life. 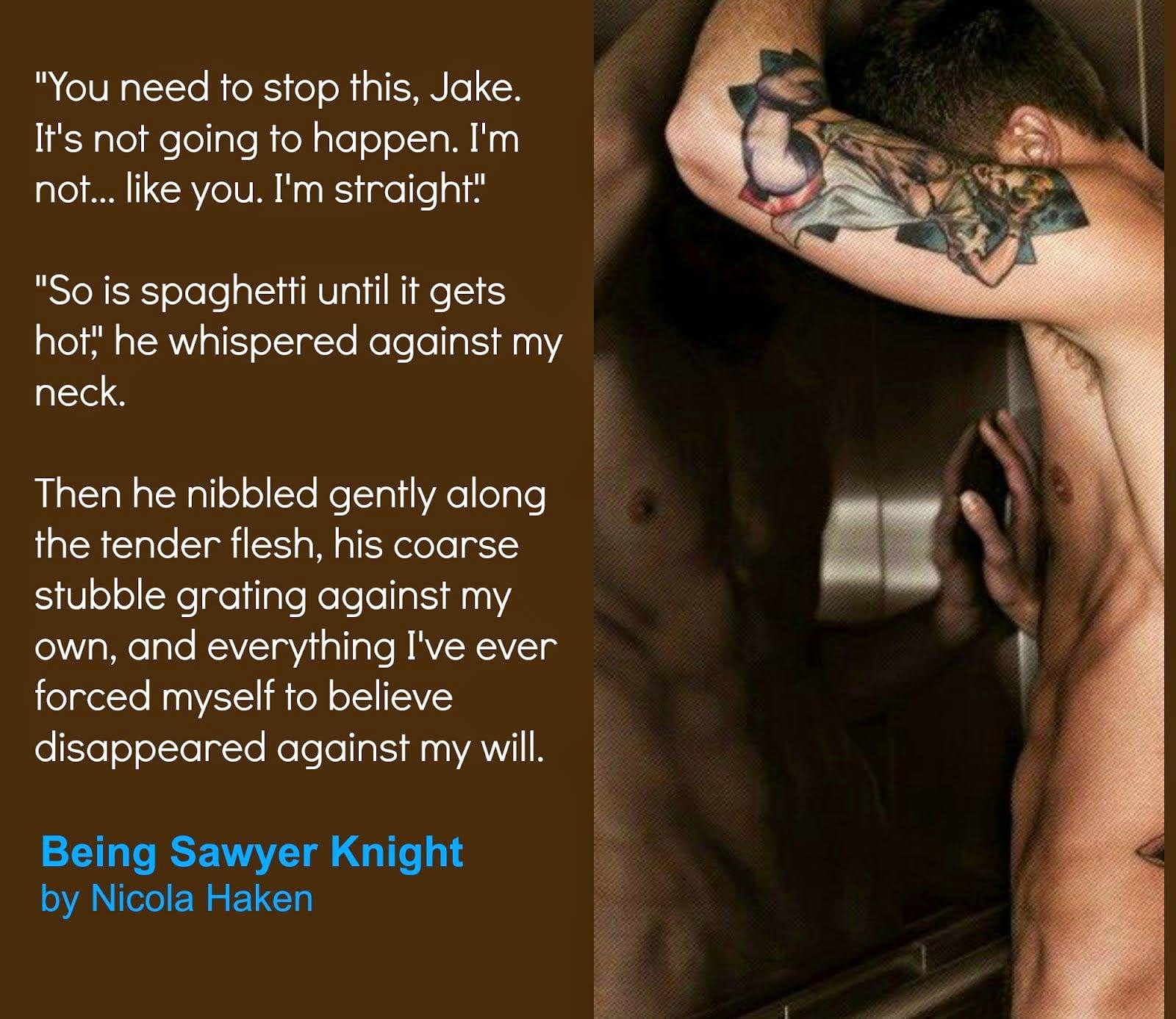 5 stars
This was truly an insightful look into something that many people have to deal with everyday. Certainly not to the extent that Sawyer did, because he's famous. But everyday, people have to learn to accept who they are, not just for their sexuality, as in this book, but for a number of other reasons as well. I thought that Nicola did a fantastic job of depicting the inner fight that a person who wouldn't accept who they were went through. The guilt, the shame, the self loathing and disgust. I felt badly for Sawyer, because his family wouldn't accept who he was. He had a difficult enough time with accepting himself, loving himself enough to be who he was. As a parent, I can't imagine not loving my child because they were gay or bi-sexual. They are people who deserve to be loved, no matter their sexual orientation. I was glad that Jake, even though he forced Sawyer to see who he was, was there for Sawyer. While Jake may have pushed his agenda because he's always loved Sawyer, Sawyer was the one who ultimately had to make the decision to accept who he was or walk away from the entire situation and stay confused and lonely. I was happy that Sawyer made the decision before what happened, happened. After that, it was kind of all over anyway, and I loved Sawyer for being strong enough to be who he was in that situation and not retreat into his shell. Another excellent read from Nicola. She always writes about these topics in such a way that, at least for myself, I learn and understand more. That's a job very well done, which is why I try to read everything that she's written. It's never a dull story, the characters are always complex and compelling, and the story moves right along. Love it! 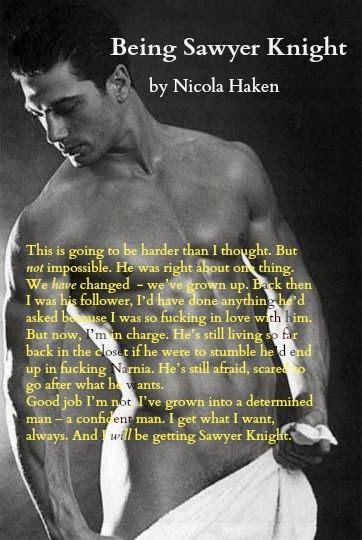