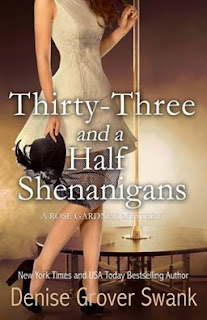 Thirty-Three and a Half Shenanigans, the sixth book in the USA Today bestselling Rose Gardner Mystery series will release on November 4, 2014.

Rose is called into action when Neely Kate’s cousin goes missing and the police refuse to take it seriously. But while the authorities—Rose’s ex-boyfriend, included—are certain the missing woman has run away, mounting evidence points to foul play. Rose agrees tohelp her friend, even if it means partaking in Neely Kate’s shenanigans, including an impromptu trip to a strip club.

And because trouble never comes without a guest, Skeeter Malcolm, Fenton County’s newly crowned underground king, resurfaces, saying he needs Rose’s visionary gift to track down his enemies. He makes her the only offer she can’t refuse: The guaranteed safety of her assistant DA boyfriend, Mason Deveraux, who is being threatened by forces unknown. The Fenton County law enforcement is still abuzz about the infamous Lady in Black, who took part in the underground auction that earned Skeeter his crown. Can Rose risk a reprisal of her role?

As the stakes continue to rise and the search for Neely Kate’s cousin becomes increasingly complicated, Rose must struggle to keep both her secret identity and her sanity. 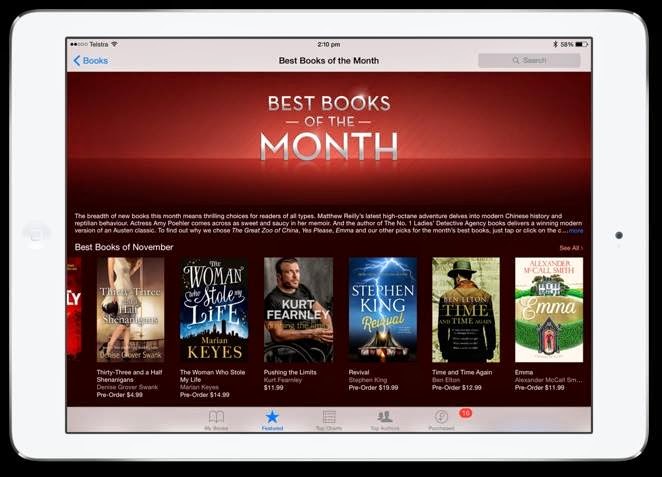 THIRTY-THREE AND A HALF SHENANIGANS is an iBooks Best Books of the Month in
Australia and New Zealand!!!

Rose Gardner is an endearing heroine who’s just trying run a landscaping business, but her ability to glimpse the future keeps putting her in harm’s way. The latest lighthearted installment in Denise Grover Swank’s bestselling romantic suspense series should hook newcomers while continuing to delight established fans. With its small-town Arkansas setting, likable characters, old-fashioned mystery, and easygoing humor, Thirty-Three and a Half Shenanigans is an entertaining weekend read. 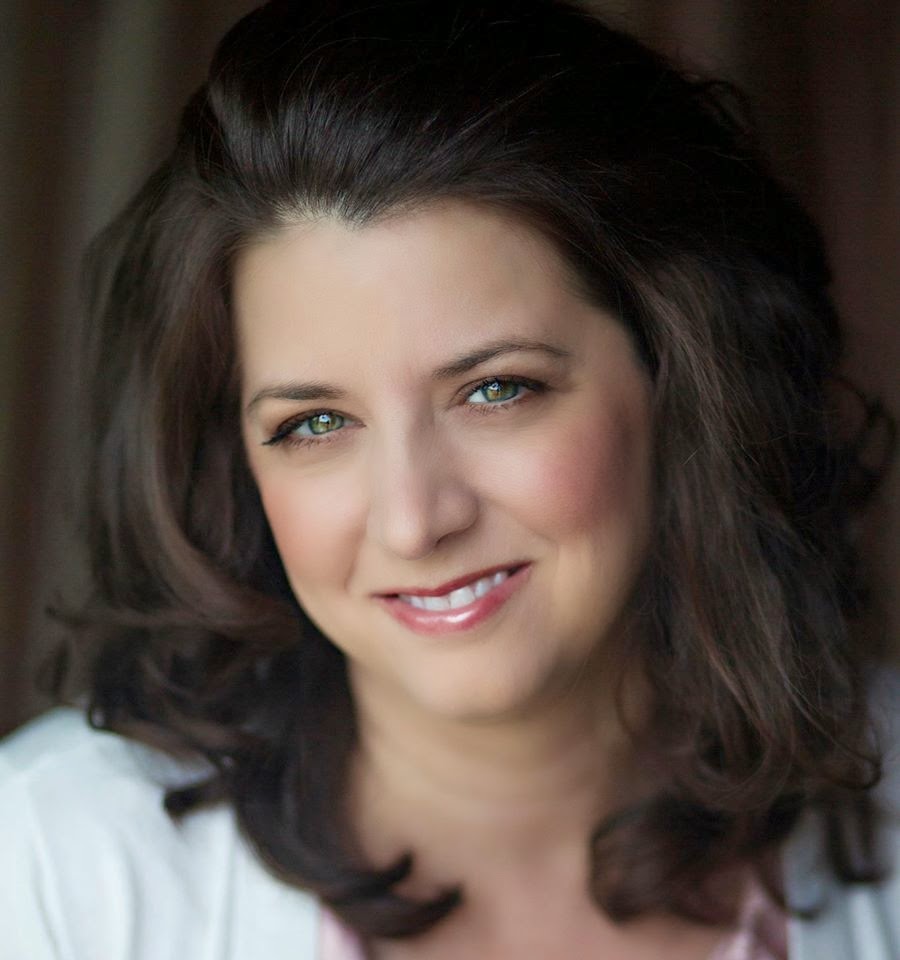 New York Times and USA Today bestselling author Denise Grover Swank was born in Kansas City, Missouri and lived in the area until she was nineteen. Then she became a nomadic gypsy, living in five cities, four states and ten houses over the course of ten years before she moved back to her roots. She speaks English and smattering of Spanish and Chinese which she learned through an intensive Nick Jr. immersion period. Her hobbies include witty Facebook comments (in own her mind) and dancing in her kitchen with her children. (Quite badly if you believe her offspring.) Hidden talents include the gift of justification and the ability to drink massive amounts of caffeine and still fall asleep within two minutes. Her lack of the sense of smell allows her to perform many unspeakable tasks.
She has six children and hasn’t lost her sanity.
Or so she leads you to believe. 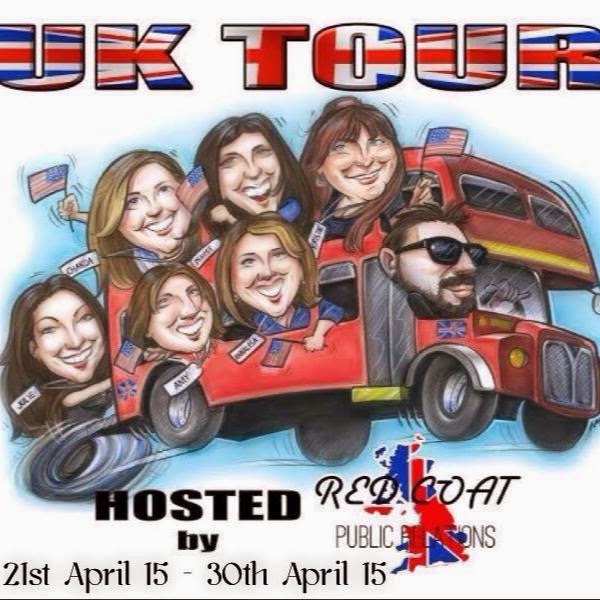 We will be stopping in London, York, Glasgow, Birmingham and Cardiff. Here’s the schedule:

Space at the signings are limited. To guarantee you get to meet the authors we are recommending that you purchase an exclusive book bag for £5 and this will confirm your spot. Book bag purchases are not a requirement but are recommended.
Here’s the link to purchase your book bag and guarantee your spot at your desired location:

https://www.facebook.com/UKBookSigningTour
Posted by Unknown at 8:15 AM