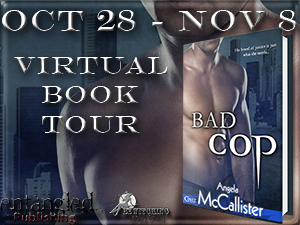 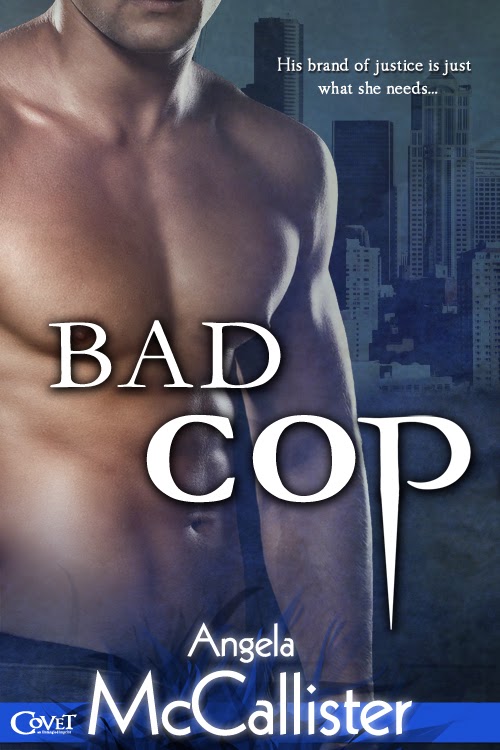 Tagline: His brand of justice is just what she needs...

A cop who tosses the rulebooks to get his way…

Vampire Ian McCready doesn’t care for Alice Capshaw’s opinions about his version of justice. Her humanity makes her off-limits, but that does nothing to lessen his overwhelming desire for her. To Alice, Ian is just another bad cop as detestable as the one who destroyed her family. She’s attracted to him, yes, but he threatened his way into her agency’s murder case and has too many secrets.

When a new case resurrects ghosts Ian believed long dead and buried, his law-bending ways might result in his execution. The second Alice becomes a target, his cold heart flares into blinding existence. But following the law for her sake may end with devastating results.

“Don’t look at me, Agatha Christie.”

“Are you calling me a snoop or old and wrinkly?”

Instead of answering, she pushed off his chest. It made him wince, but she tried not to care. Something about the way he avoided responsibility grated on her. He seemed to sense her shift in mood.

Yeah, like she hadn’t expected that response. Why couldn’t he just own what he did?

“You mean whatever you want?” she asked. “We’re supposed to stop criminals, not become them.”

“You think the killer’s going to cooperate and fall into our laps?”

“Why are you so sure they were the killers?”

“You did see them shooting at us, didn’t you?”

She half wished they were still shooting at him. “We were trespassing on private property. They had no idea who we were.”

He glowered. “They’re vampires, Alice. Of course they knew who we were.”

“Don’t talk to me like I’m an idiot.” She glared right back at him. “Either way, we weren’t legally authorized to be there.”

“And they were authorized to shoot at us? In the middle of Capitol Hill?”

“If we hadn’t been there, they wouldn’t have—” She blew out a breath. “Never mind. Let’s just get out of here. I’ve had more than enough of you tonight.”


My Review: 5 stars
First off, this was such a great book I read it in one sitting. Yes, I love it - how could I not? Killian McCready (Ian) is an Immortalis Tracker, the vampire version of a cop. He does things his own way, but gets results. After a few hundred years of being a Tracker (cop), how could he not? Alice Capshaw has come in to cover for Val while Val and Kade are in seclusion. Alice believes things are black and white and that cops like Ian always do what they want and has a good reason to think so; or does she? As soon as Alice steps in, there is a situation that requires her immediate attention and requires her to work alongside Ian. (What a tragedy!) Sparks fly between them right from the get go, and it's amazing. Ian is freaking gorgeous, not to mention Irish, so he's got that going for him too. The playful banter that Ian and Alice have is endearing from the start. And once things go in a romantic direction, whoa!! Talk about melting you into a puddle of goo - damn! Angela is a fantastic writer, with a quick wit, great storylines, amazing characters and oh my damn sexy love scenes. I am loving this series and the author!! I can't wait until the next book is released, and this one isn't really out yet. Wonder if that one will be about the broody Declan? Can't wait to find out. 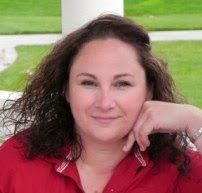 Angela McCallister has always wanted to grow up to be someone who would never grow up, and lucky her, that’s exactly what she’s done. Nothing says adventurous more than being a career US Navy Sailor with an imagination wild enough to create stories and characters with a paranormal bite. A mother of five, she’s gained plenty of story ideas from her family as well as her military experience.

Angela is very laid-back and happy to try just about anything once, from skydiving, sailing, slacklining, Aikido, and even hang-gliding--as long as she doesn't have to subject anyone to her "singing" or make an appearance in a bikini. Like all authors, she's crazy for books, especially Romance, and will talk about them for days. She's currently stationed at Naval Base Ventura County Point Mugu in California where she can be spoiled with some of the best weather in the country. With such platforms as an aircraft carrier, an amphibious ship, and an Aegis destroyer, and duty stations in Illinois, Washington, Hawaii, and California, her experiences vary widely. She's visited Thailand (a favorite), Bahrain, Dubai, Jebel Ali, Hong Kong, Guam, Canada, Mexico, and Singapore. She's a member of RWA San Diego, From the Heart Romance Writers, and Rose City Romance Writers and especially loves to hear from and meet readers and fellow authors.