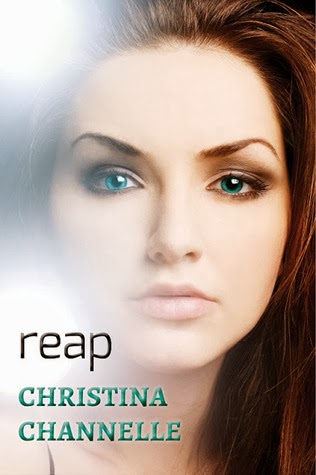 Blurb-
Foreign, or rather unfamiliar, would be the word I would use to describe how I felt.

Faintly, I could hear the glimmer of voices surrounding me in this dark haze, caressing my ears like skin against silk. I felt like I was in a cocoon of sorts, protectively enveloped, quietly drifting in some far-off place. I wanted to stay that way forever.

But we all know that what you want never really seems to happen in the real world.

Something’s not right in Mia’s head.

The first thing is that her name isn’t Mia. In fact, she has no clue what her name is—who she is. All that she knows is that she’s not like the ones who found her: Dante with his kind blue eyes, Amy with her child-like demeanor, James with his questioning gaze.

The one she cannot decipher no matter how hard she tries.

As Mia tries to fit in with these people, a strange occurrence is amidst outside. And as she finally remembers who she is …

Excerpt:
“Yo, Briggs!” James’ voice beamed through the kitchen and I startled, setting the glass on the table, the clanking of the glass hitting the wood almost palpable to my ears. I hadn’t noticed the front door had opened—I believe an apartment building was where we were located—and a new presence had entered the living room. I looked over to where he stood by the stairs, utterly still. Although we were indoors, he wore sunglasses. And even though I couldn’t see his eyes, I knew they stared directly at me, hard as stone.
He didn’t like me.
If the man with the blue eyes was warm like a fire on a cold winter day, this man was like the wood I had just caressed: rough, jagged.
Broken.

A short history/bio on each of the main characters:
Mia
Waking up with no memory, Mia tries to find her footing in a world unfamiliar to her. She doesn’t know much about herself, actually nothing at all, except for the fact that she can’t talk. But she knows one thing: she’s not like the rest. Her hair is auburn and her eyes are a mesmerizing green.

Dante
A kind, warm-hearted guy who likes to take care of the underdogs. He lives with his sister and two friends when they stumble upon Mia in their apartment, instantly taking a liking to her. Nobody knows, but there’s something Dante’s hiding from everyone. His smile makes you want to smile in return, and his eyes are alike to an ocean.

Amy
A free-spirit, Amy is the younger sister of Dante by one year. She’s nineteen, her favorite color is pink, and she may have a slight obsession with a boy named James. She’s addicted to reality TV and loves to bake. Her favorite accessory is the black choker she can always be seen wearing.

James
The object of Amy’s affection and Dante’s buddy, he works as a chef at a restaurant nearby with Dante. He’s the quiet one in the group but has a silent inner strength which Amy finds quite addicting. He’s fluent in Japanese and one day wishes to travel the world.

Briggs
The odd man out, Briggs is part of the group but also has his own secrets. He’s distant and doesn’t trust the red-haired stranger that just happened to land in his apartment living room. His profession is unknown and he is always wearing sunglasses, as if hiding his passionate, fiery nature. Although sometimes he can’t help showing his point of view.

My Review: 3 1/2 stars
This was interesting, but also confusing as there were three parts to this story. I loved the end for Sophia and Ethan. That the two characters get eternity together, I don't like how they get it. The characters were interesting, but also a bit stand-offish. Especially Briggs. But now I know why. I am hopeful that there will be another book, because of the way this ends. I am wondering who the person was in the last scene. I don't know. I think this was an interesting concept, I just didn't like what happened to Dante. I thought it interesting that Amy, James Dante and Briggs all lived together, but didn't really know each other that well. The characters were fairly well thought out, and the storyline was a little confusing. It was too short to really delve into anything, and that's what I really wanted. But maybe that's just me. It was still an interesting read, and an original concept. I will keep an eye out for a second book because I've got to know who that was at the end.

About the Author-
A dreamer, Christina Channelle holds two degrees in health sciences but has always had a passion for writing. You will find her reading other young adult novels, or typing up a new story on her computer. When not writing, Christina spends her free time at the movies, listening to music, or eating sushi. She’s a reality TV junkie and has a close relationship with many characters on TV that have been a topic of many heated discussions among friends. She resides in Ontario, Canada.