Buy Links:
Amazon: http://tinyurl.com/kysqogy
Amazon CA: http://tinyurl.com/kjz5yc9
Amazon UK: http://tinyurl.com/moyeqtx
Barnes & Noble: http://tinyurl.com/mpqqzvx
Smashwords: http://tinyurl.com/l3uz2se
Synopsis:
Welcome to Northern Nevada. The scenery is idyllic, the people are friendly and three Motorcycle Clubs rule the tri-city area between Reno, Carson City, and Lake Tahoe with an iron fist. Gisela wasn’t introduced to the thug life, she was born into it. The daughter of an American gangster, her life has been carefully orchestrated with private education, a law degree and now a respectable law firm she co-founded with Kyra Hughes, her best friend. Life is good until her high school sweetheart walks through the door of Jackson & Hughes and decides to turn her world upside down. Cillian is not an average criminal, he was brought up in the Lucifer’s Saints MC and is now V.P. of a powerful criminal enterprise. He’s no stranger to mayhem yet only one woman has ever made him feel worthy of redemption. He’s a survivor and luck has always been on his side until he is arrested and charged with the murder of an undercover ATF agent. His complicated life becomes more than he can handle when he is forced to face the only woman who has ever turned him inside out. An unconventional love story, unfinished business between these two passionate people—physical, emotional and professional—will spark a fuse that will leave a path of death and destruction in its wake.

Excerpt:
Now, I found myself in the same position with Cillian, and I couldn’t do it again. Not only because of Brianna but because I was in love with the fucking guy.
“Leave Brianna and we’ll pick up this conversation at another time. Until that happens…I don’t think I can do this.” My voice was small but firm.
He crawled over my body so he could face me. “Now you’re not playing fair. I told you I would leave her and I will. You can’t deny me—I won’t be able to do this without knowing you’re by my side.”
“And I will be when that Irish bitch is out of your life.” I gritted my teeth together. “You left me in a foreign country for her, and drop kicked my ass outta your life. Now, I’m supposed to drop everything because you give me a few empty promises after mind blowing sex? I want to believe you but we’ve got too damn much history between us, babe. I need to see some actions before I commit to anything.”
Cillian smiled wryly. “Always the fucking attorney. Fine, I’ll show you actions but you better keep up your end of the bargain.”
I turned over onto my side away from him. “Don’t worry about me. Unlike you, I don’t make promises I can’t keep.” 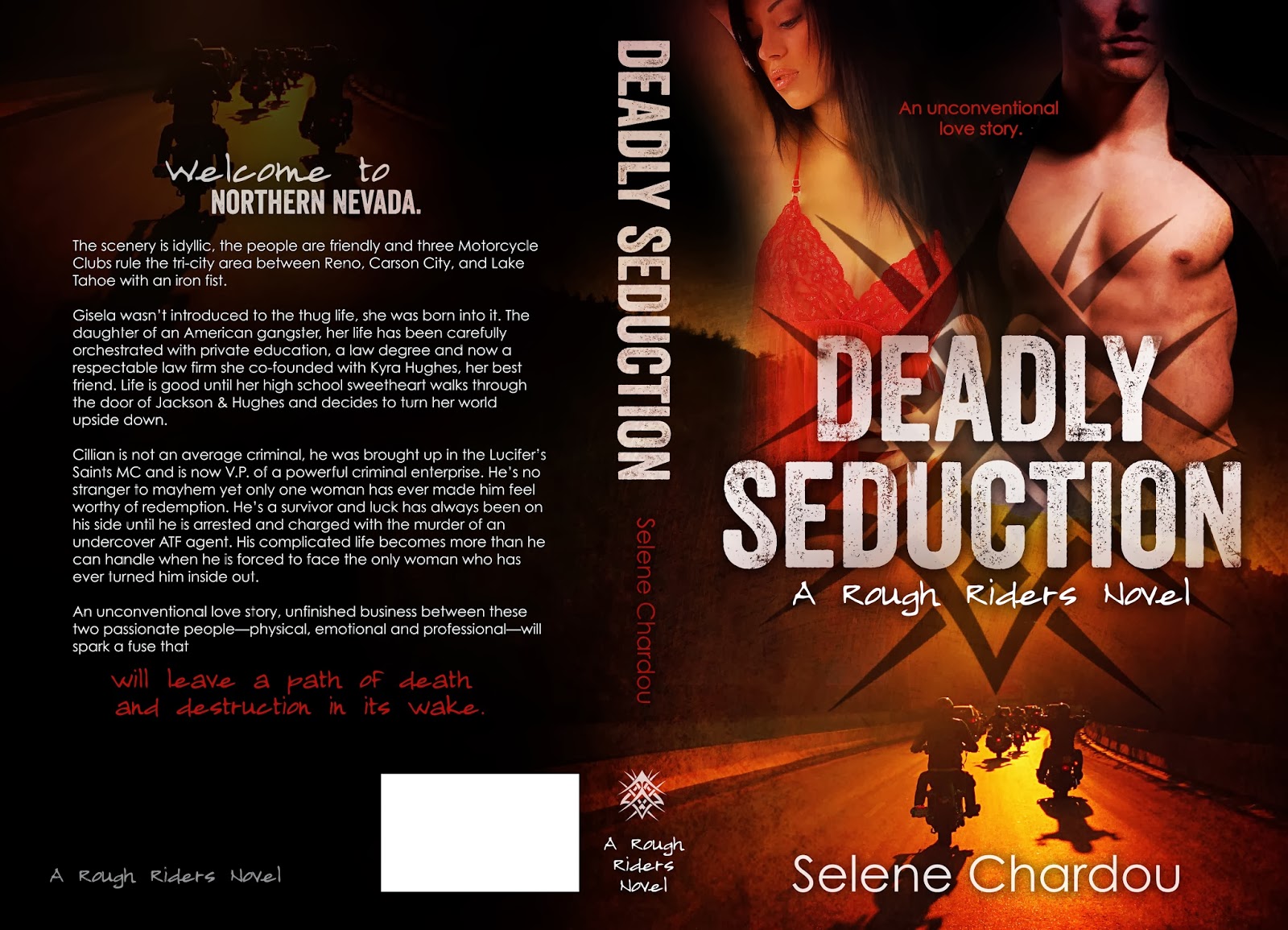 My Review: 4 1/2 stars
Selene did a fantastic job with this book. All the characters in this book were fantastic. I loved Gisela, that woman is hard core, knows her business and how to get things done. She may be a lawyer, but her priorities are straight. She has love Cillian since they were both 15, and that hasn't changed over time. Cillian, I liked a little less, he had his loyalties, but can't control his sexual desires. That's one thing he's going to have to overcome if he has any chance with Gisela again. It's what they both want, but it's going to be a long hard road to get there. Ronan was a good brother to Cillian in every way, I really liked him. I also thought that Kyra was interesting. This was a complex book to navigate and keep track of all the players, who was on whose side and who wasn't. A lot of different players, all related in one way or another by blood or by marriage, sometimes both. But also a lot of going on between the different MC's, some business, some pleasure. I liked that we got the story from both Cillian and Gisela. I'm looking forward to the other books that Selene has planned for the characters she's created. It's going to get very interesting, and a whole lot more complex if this book is anything to judge by.

Author Bio:
Selene Chardou is a world traveler and the alter-ego of Elle Chardou.
Ms. Chardou’s writing is all about hot romance and exciting times with the wild, damaged, out of control and/or rich and famous set in the New Adult realm.
She is currently working on The Will to Love, the second novel in the Scarlet Fever Series, which chronicles the relationship of Will Cullen and Laurel Munsen. She is also working on Deadly Seduction, the first novel in The Rough Riders series, which chronicles the issues between three Motorcycle Clubs, and various criminal elements in the tri-city area of Reno, Lake Tahoe and Carson City in Northern Nevada.
Ms. Chardou has lived abroad in Stockholm (Sweden), Manchester (England), Los Angeles, the San Francisco Bay Area and Portland. She currently resides in Las Vegas, Nevada.