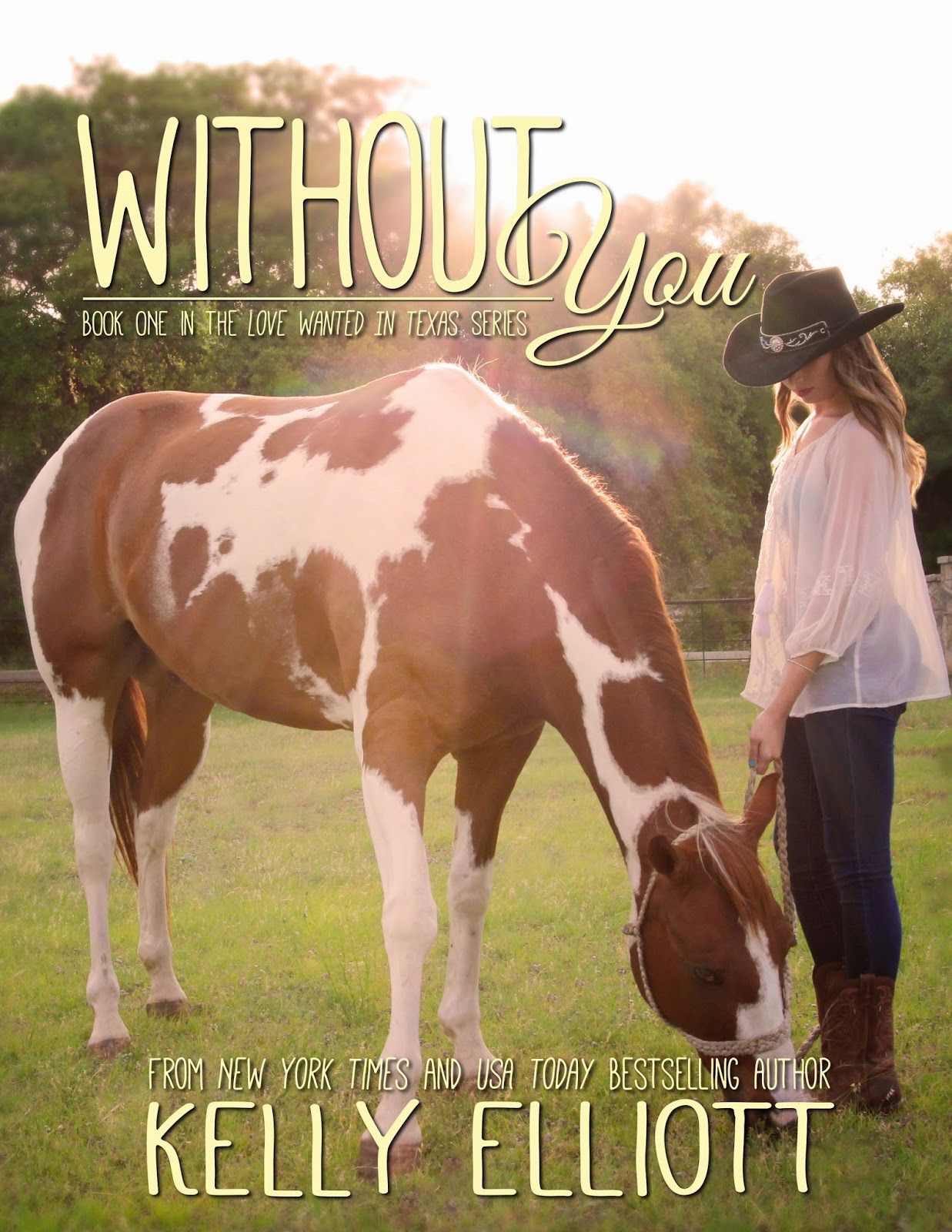 Alex and Will have spent months keeping their relationship hidden from their families. Getting caught prematurely causes them to admit their love for each other to their parents.

One decision made by Alex's father changes her entire world, shattering her plans for the future. Alex always thought Will was the very air she breathed, but life has a way of causing doubts for the one thing she thought was absolute…their love.

Can Will's promise to Alex be enough for her to hold on to or will she find herself moving down a different path that she never imagined for herself?

Without You is book one in the Love Wanted in Texas series.

EXCERPT:
“Lex, I love you,” he whispered.

I sucked in a breath of air and fought like hell to keep the tears from falling. It wasn’t the first time he’d ever said it to me, but this time, it felt so…different. A tear fell, and he quickly brushed it away with his lips as he let out a low, soft moan.

“You have no idea how hard it is for me not to make love to you every time I’m with you. I want nothing more than to be with you, but I want it to be right. I want it to be perfect for you. I don’t want us to sneak into a barn or do it in a car. You deserve so much more than that, sweetheart. I want to make you feel special the first time we make love.”

Wow. Oh…just wow. My breaths were coming out faster. I looked at his lips as I licked mine.

He closed his eyes. “You drive me mad with desire, Alexandra. You have to know that.”

Oh dear God…I think I might have an orgasm…right now…right here.

When he opened his eyes, they were filled with something I’d never seen before. The intense feeling of need I had for him grew about a hundred times.  I tried to talk, but only a whisper came out, “Will…”

When his lips touched mine, I let out a moan. I opened my mouth to him so that our tongues could explore each other like they had done a hundred times before. I brought my hands up and ran them through his hair. When he pushed himself into me, I felt his hard-on, and I wanted to wrap my legs around him so badly.

The kiss started to become passionate…until I heard someone clear his throat. I snapped my eyes open right as Will pulled back and scrunched up his face.

“Shit,” he whispered so that only I could hear.

He took a few steps away from me as he ran his hand through his hair.
Lord, help me.

I wanted this boy, and even though I knew we had just been caught making out in my father’s barn, my desire for him was so intense that I wanted to cry. I never took my eyes off of him.

He winked at me before turning to the side. “Dad, Gunner, um…I mean, Mr. Mathews…um…I mean, sir…”

I closed my eyes and took in a deep breath. Oh…holy…hell. My father just caught me making out in his barn.

I tried to compose myself as I pushed off the wall and turned to face my father and Will’s father, Josh. I wanted to giggle over Will struggling on how to address my father, but when I looked into my dad’s eyes, I knew that wouldn’t be the smartest thing to do.

“So…” Josh started to say as he shook his head and smiled at Will.

“Damn, boy…you picked the wrong girl to get caught making out with in her daddy’s barn.”

Dragging in a deep breath, my father looked at us. “Alex, Will…I think y’all need to head on up to the house and wait for us on the back porch.”

Will and I looked at each other, and at the same time, we said, “Yes, sir.”

As we walked out of the barn, Will grabbed my hand right in front of my father.

Will looked at me, winked, and whispered, “I think that went well.”

I just looked at him with my mouth hanging open. “You must have a death wish.” 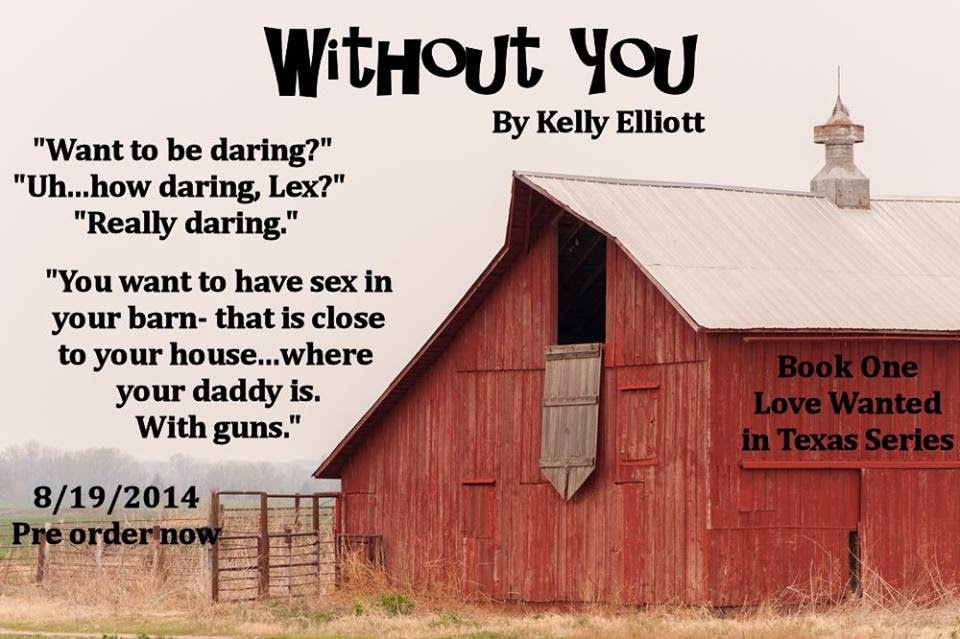 Kelly is married to a wonderful Texas cowboy who has a knack for making her laugh almost daily and supports her crazy ideas and dreams for some unknown reason...he claims it's because he loves her!

She’s also a mom to an amazing daughter who is constantly asking for something to eat while her fingers move like mad on her cell phone sending out what is sure to be another very important text message.

In her spare time she loves to sit in her small corner overlooking the Texas hill country and write.

One of her favorite things to do is go for hikes around her property with Gus....her chocolate lab and the other man in her life, and Rose, her golden retriever. When Kelly is not outside helping the hubby haul brush, move rocks or whatever fun chore he has in store for her that day, you’ll find her inside reading, writing or watching HGTV.


LOVE WANTED IN TEXAS SERIES
WITHOUT YOU 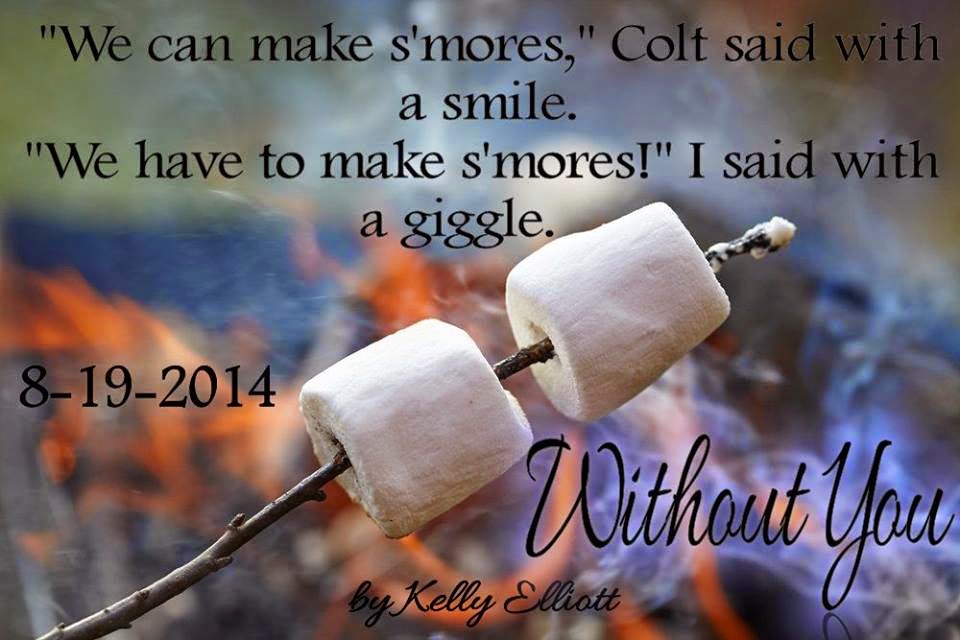