Crashing Back Down by Kristin Hope Mazzola with Excerpt & Review 18+ New Adult romance
Mags McManus has just become a war widow in her mid-twenties. Her late husband, Randy, left for the Army right after their wedding. Instead of celebrating his homecoming and living in marital bliss with her soulmate, Mags finds herself living in constant agony. Dealing with the guilt of still living without Randy, are Randy's best friends and parents.

Rising from the ashes of this tragedy, Mags starts to learn how to love and trust again, finally being able to find happiness. But sometimes things really are too good to be true and again Mags learns how cruel the world can be as she crashes back down.

My Review: 5 Stars
I am so tied up in knots after reading this book. Kristen did a fantastic job of depicting the grieving process, such a great job, at times it was hard for me to read. I absolutely loved Mags, Walker, Cali, Mitch, Liz and Jim and even Jeff. Finding happiness would be very difficult after such a cruel loss. I understand how Mags would feel guilty being happy when she lost her husband. But then to find out why and how, only to have the why and how rip away what she's just embraced? I want to go on and on about this book, but really have to hold myself back from giving too much away. The end of this book broke my heart, and I didn't even see it coming. I'm hoping there's a book two at the very least. I need to know what happens next, cause leaving it like this is just not how it should be. 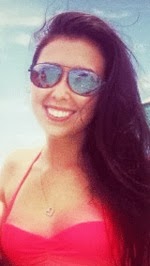 Kristen Hope Mazzola is an up and coming independent author from sunny South Florida.  Crashing Back Down was her debut into the literary world. Kristen is currently working on the rest of her Crashing Series, which will include a sequel, Falling Back Together, and a prequel, Walking Away.  She even has a few more tricks up her sleeve, with more characters to introduce and more twists to unravel, so keep your eye on this talented young author!
When Kristen is not driving a pen into paper, she enjoys reading all different genres and fishing.  “There is just something so magical about water and the calm it brings to my life,” says Kristen.  Even though writing is not her only career she is pursuing, Kristen hopes to one day be a full time writer. Having a day job and a busy life, makes finding time for writing difficult, but anything worthwhile in life is difficult. Loving life, writing, and fishing basically make up her world.


Goodreads:  http://www.goodreads.com/author/show/7179522.Kristen_Hope_Mazzola
Posted by Unknown at 1:00 AM