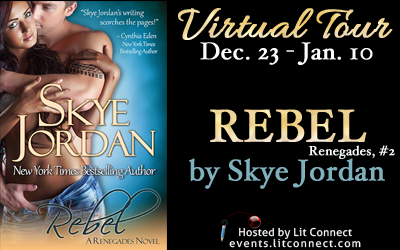 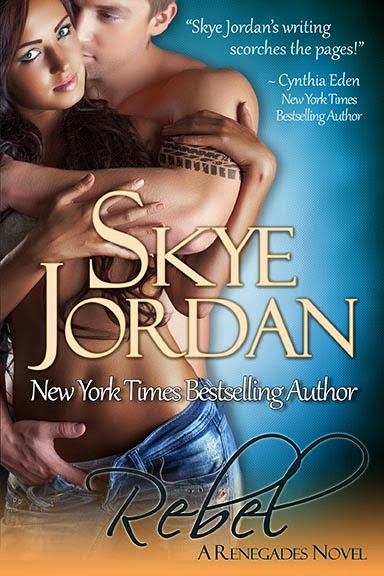 Back Cover:
Sassy, smart, and sexy, former supermodel-turned-tech guru Rubi Russo has it all—looks, money, confidence and freedom. Her life is a whirlwind of fast cars and fleeting affairs—and she likes it that way. With a past like Rubi’s, forever isn’t part of her vocabulary. So when studly Renegade stuntman Wes Lawson wants to take their friendship to the next level, she’s all out.
Raised a simple country-boy, Wes knows the brazen Rubi isn’t his type. But after spending time with her, he discovers she’s everything he’s ever wanted in a woman. To win her wild rebel heart, he’ll have to prove he sees behind her smokescreen to all the goodness she tries to hide. Then it's just a matter of crushing her fears, shattering her barriers, and convincing her that loving him is everything she’s been missing in her life, too.
Piece of cake.
Goodreads: https://www.goodreads.com/book/show/18590853-rebel
Buy Links:
Amazon: http://amzn.to/1959Nav
Barnes & Noble: http://bit.ly/19l05pZ

Excerpt:
Wes jammed the elevator’s down button with a knuckle. It took everything he had not to walk back into that room and slam his fist into Dolph’s face. He was so damned average—average height, average build, average appearance. All the looks in the family had to have come from Rubi’s mother. How a man so average could spew such hurtful words, Wes couldn’t quite get his mind around.
“Wes…” Rubi twisted her arm in his grip. When he looked down, her brow was pulled in a grimace.
He eased the pressure on her hand as the elevator dinged and the doors slid open. Teeth clenching, he stepped in and didn’t release Rubi until the doors had closed. He didn’t expect her to go back into her father’s office; he just…needed to have a hold of her, as if that would somehow protect her.
But even after the doors closed, he couldn’t let go.
“Please, Wes.”
He forced his hand open, then crossed his arms and pressed his back to one wall.
“Let me explain,” she said, her face a mix of misery and fear. “You have every right to be pissed. I overstepped. I shouldn’t have talked to my father about the rig. And I didn’t, really… I mean I—”
“What the fuck are you talking about?” He hadn’t been this mad since…oh, yeah, a few nights ago, when some stranger had plowed his fist into his eye because of that fucker Bolton. “I don’t give a shit about the rig. How could you let him talk to you like that?”
She stared, that confused vertical crease between her eyes, lips parted. Christ, she was so beautiful. Inside and out. And so much he hadn’t understood about her made sense now. After being raised by a pig like that, it was no wonder she wasn’t interested in a relationship. Not a fucking surprise she didn’t believe love could last. If Wes had been taught that love was bad, ugly, painful, he wouldn’t have believed it either.
“I…I don’t…let him talk to me like that, he just…does. Which is why I don’t see him. Why I hate him. Why…I’m never going to speak to him again after tonight.”
Wes’s skin was on fire. His brain a twist of fury. He wiped a palm across his forehead. Before he knew it, the rage overtook him, and he slammed his hand into the mirrored wall with a feral growl. The reflective surface splintered, and pain shot through his hand. A strangled scream curdled in Rubi’s throat. In the cracked reflection, she jumped and tented her hands over her mouth.
“Stop.” She sucked an audible breath. “Don’t.”
Goddammit. He instantly regretted the show of insane frustration.
She pushed her hands through her hair, her gaze on the floor. “I knew I should have come alone.”
Wes dropped his arm and shook out his hand. His fingers were dripping blood on the tan patterned carpet. “Because you don’t need anyone, right?”
His voice came out bitter. He was so angry—at Dolph for being such a bastard, at himself for letting Rubi convince him to stay out of it, at Rubi for… God he didn’t even know. Maybe for hanging on to this fucker as long as she had.
The thought made him lunge for her. He gripped her arms and gave her a little shake. “Are you living off his money? Is that why he’s still in your life? Because I have money. I have a million of racing money sitting around collecting interest. You can have it if you just get the fuck away from—”
“No.” She lifted her hands and pressed them to his chest, her voice sure and steady, as if compensating for his imbalance. “No, Wes. My money is my own, and I have plenty. I told you the truth earlier.”
“Then…why? Why have any contact with him when he treats you like that?”
The elevator doors opened, and Rubi’s expression closed up. “We’ll talk about this outside.”
She turned away, stepping out of the elevator.
Wes looked down at his hand. Blood everywhere. “Fucking fantastic.”
SPECIAL SALE: RECKLESS (Renegades, #1) is $0.99 for a very limited time starting 12/23/13! 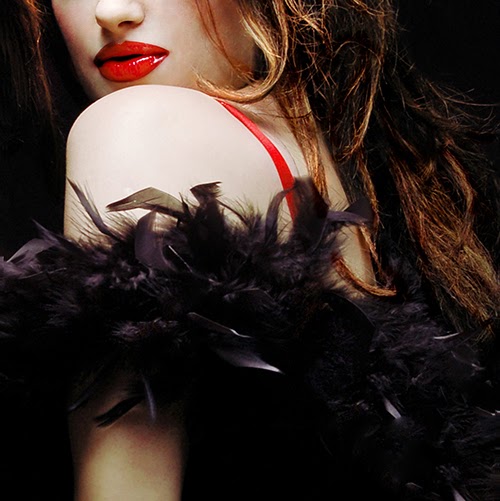 Sometimes fun, sometimes naughty. Always romantic.
I am a NY Times and USA Today Bestselling Author writing under the pseudonym Skye Jordan for my more … sexually heated … works.
My Skye Jordan novels are all about enjoying that little wild streak we all have, but probably don’t let out often enough. About those fantasies we usually don’t get the opportunity to indulge. About stretching limits, checking out the dark side, playing naughty and maybe even acting a little wicked. They’re about escape and fun and pleasure and romance.
And, yes, even love. Because even as Skye Jordan I’m just a happily ever after kinda gal. (Or, in some cases, happily for the foreseeable future.)
Website: http://skyejordanauthor.com
Facebook: https://www.facebook.com/SkyeJordanAuthor
Twitter: https://www.twitter.com/Skye_Jordan