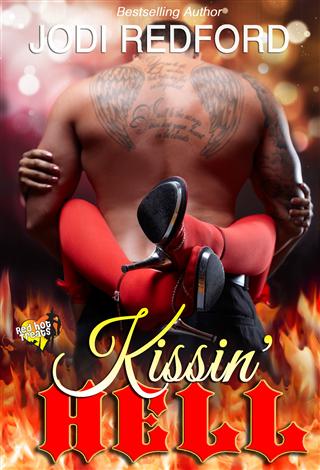 
Synopsis:
There are two certainties in life soul collector and hellhound Jericho Stryker knows too well—Death never takes a holiday, and women are typically more trouble than they’re worth. That goes double for his personal nemesis and regular pain in his backside, Lola McKenna. Sure, the luscious little hellcat gets his blood boiling in more ways than one, but some scratches are best left un-itched. That determination is strained to the max when a botched soul acquisition job lands him on the same case as Lola.


Fetching a stubborn soul from a haunted bordello should be a piece of cake. Unfortunately for Lola, she has to deal with Jericho horning in on her bounty. Attempting to keep her cool and her wits around her sinfully sexy adversary? Easier said than done. Especially when she finds herself locked overnight with Jericho. Not strangling him before sunrise? A faint possibility. Ignoring the lusty, depraved sexual fantasies he awakens in her? A snowball’s chance in hell of happening. But worst of all is the very real possibility that he could steal the one thing she most fears losing to him—her heart.