What I Love About You (Truly, Idaho #3) by Rachel Gibson with Giveaway, Excerpt & Review 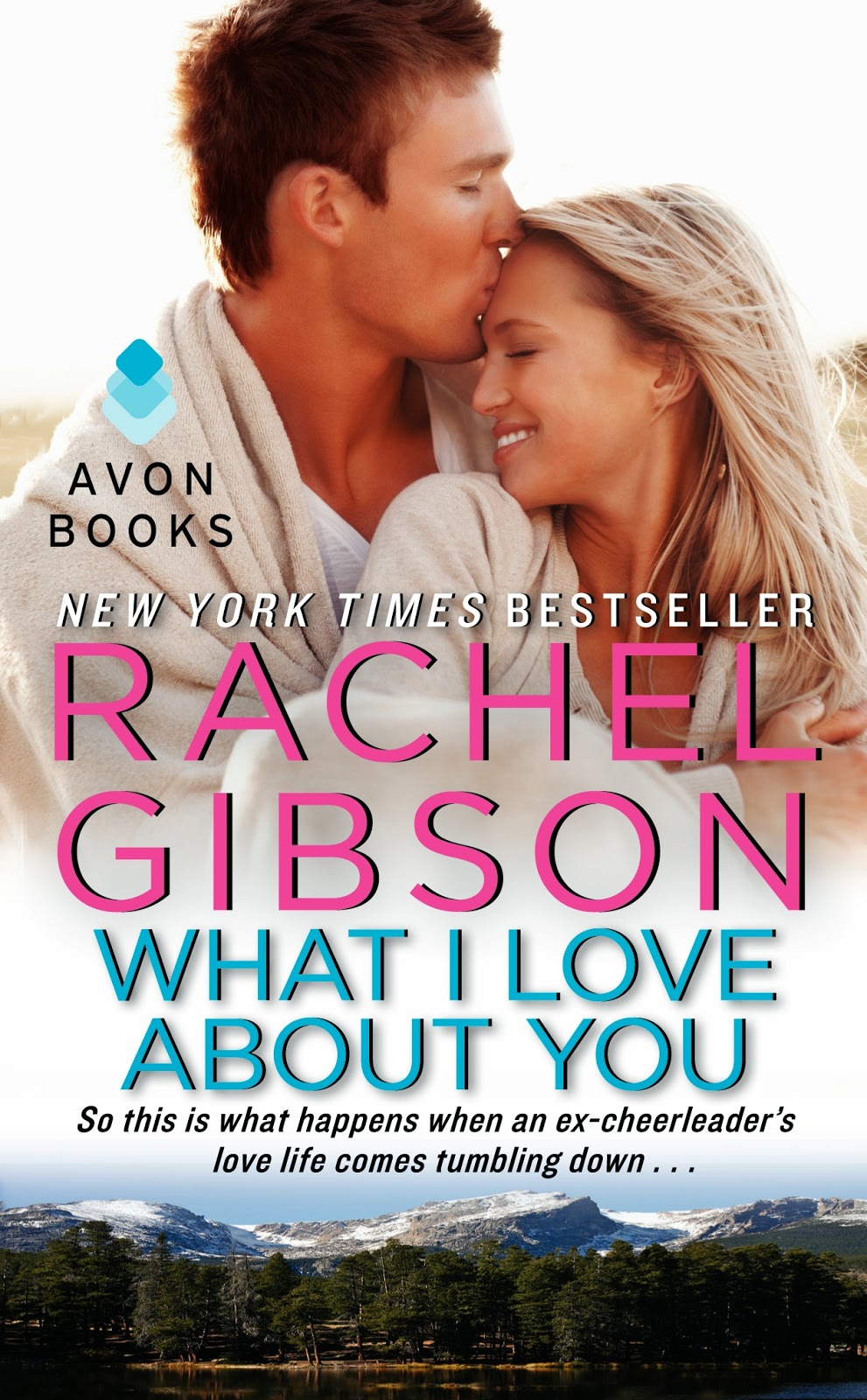 What I Love About You
Truly, Idaho # 3
By: Rachel Gibson
Releasing August 26th, 2014
Avon Romance

Ex-high school cheerleader Natalie Cooper could once shake her pom-poms with the best of them. But she's paid for all that popularity—her husband's run off with what's left of their money and a twenty-year-old bimbo named Tiffany. Leaving Natalie to manage a photo store and having to see some pictures she, well, really shouldn't.

Then she comes toe-to-manly chest with Blake Junger. Exiled to a remote cabin in Truly, Idaho, Blake wants nothing to do with anyone. Instead, he's determined to struggle with his demons and win—all on his own. But the last thing he needs is Natalie distracting him with her luscious curves and breaking down the barriers of his heart.

GIMMEE YOUR H-E-A-R-T!
Can be read as a standalone. Returns to Truly, ID and is about the second Junger twin, Blake Junger.

“That was a pretty nasty fall,” he said, and shifted her booted foot from side to side. “Does that hurt?”
She shook her head and sniffed. “I need a Band-Aid.”
“Definitely a big Ace bandage. I have four and we can wrap both legs.” He looked so serious, Natalie wasn’t quite sure if he was joking. “Maybe we can find more to wrap your arms like a mummy.”
Mom has Tinker Bell Band-Aids. I don’t want to be a mummy.”


Blake’s deep laugh started low in his chest and worked its way up. It warmed the air around them. At least it felt that way to Natalie as she breathed his laughter into her lungs. It warmed up her chest and burned her heart like a brand.

My Review: 4.5 stars
I really loved the way that Natalie and Blake came together. Love and hate are a fine line, especially when the other party is so attractive. It can be difficult to fight growing feelings, as Natalie experienced, as well as Blake. Blake didn't want to like Natalie. He had it set in his mind that she was not the woman for him, period. Too bad his heart didn't see it that way. Blake and Natalie find a way forward together with the help of Charlotte, Natalie's daughter and Sparky, the dog that they share custody of. Both Charlotte and Sparky help move Blake and Natalie forward, both fighting all the way. Things don't exactly go as planned, but when in real life do they ever? There was a moment there where I wanted to just kick Blake's ass, then do it again. He did redeem himself, but it took him a while and he almost didn't get back where he should have been all along. I loved the characters, they were vital to my connection to the story line and how it all played out.

Author Info
Rachel Gibson lives in Idaho with her husband, three kids, two cats and a dog of mysterious origin. She began her fiction career at age 16, when she ran her car into the side of a hill, retrieved the bumper, and drove to a parking lot, where she strategically scattered the car’s broken glass all about. She told her parents she’d been the victim of a hit and run and they believed her. She’s been making up stories ever since, although she gets paid better for them nowadays.

Rafflecopter Giveaway
(Two Print Copies of WHAT I LOVE ABOUT YOU)