Beautiful Disaster (The Bet #1) by Francette Phal with Excerpt & Review

They created the game but eighteen year old Nicholas Grayson mastered the rules.

They are young and entitled and utterly bored with their lives, so they play games to entertain themselves. They call it the “bet” and new girl Ellie Holbrook is their latest target. Ellie is not the kind of girl Nicholas dates, but she is pretty enough to be his next conquest and so he sets out to seduce her and claim a nice little prize at the end. But her seduction proves difficult when she openly rejects his advances. In his dogged pursuit of her he slowly finds himself in her small circle of trusted friends and meets her two year old daughter, Sophie.

Life takes a startling turn for Nicholas when he realizes his happiness now lies with the young mother and her daughter. Falling in love with Ellie isn’t something Nicholas ever thought could happen to him and he’s completely frightened at how fiercely she makes him feel. But before he can further examine those emotions and clearly process them, enemies from Nicholas’s personal circle of friends conspire to tear them apart and he must now decide whether their love is worth saving or allow his friends to take away the greatest thing that’s ever happened to him.

5 stars
Whoa! This book was truly full of so many twists and turns at times I had to go back a re-read what just happened. Nicholas or Nicky is such a complete arrogant, full of himself bastard when this book begins. I still have a hard time wrapping my mind around the fact that these are teenagers in this book. That just doesn't seem right. They are over-indulged, spoiled brats who think nothing of wrecking someone else's life or the consequences that go along with that. It's like watching a car wreck in slow motion, you know it's happening, but you're helpless to stop. Ellie is the latest bet for Nicholas, so color him surprised when she doesn't want anything to do with him. She makes him work for everything. (About freaking time someone did!) Then Nick finds out about Ellie's daughter Sophie, and he slowly becomes a different person when he's with Ellie. I was speechless at the end, with the way things were left and will definitely be looking for the second book. I need to know what happens next! Francette did a fantastic job writing one hell of a story and keeping me glued to the pages. She made her characters unique, some lovely and likable, others I wouldn't cross the street to put 'em out if they were on fire. That says a lot.

Francette lives in Massachusetts with her amazingly supportive husband of ten years and her darling two year old son. Reading amazing books has led her to writing and she’s dabbled in fan-fiction before self-publishing her own works. She’s constantly thinking up new stories to write and does her best work when music is playing in the background. Romance is where she’s most comfortable but she hopes to one day venture in mystery novels. She has a weakness for coffee ice cream, tropical fruits and a good glass of wine. 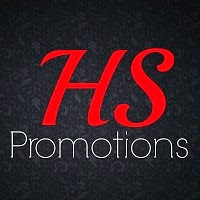