Blurb:
Samantha Wentworth has one mission in life; to get as far away as she possibly can from her troubled past.

When she finds herself on the Louisiana bayou she runs straight into the arms of a very sexy Big Bad Wolf that she just can’t seem to resist.

Will Samantha continue on her journey, or does the full moon have other plans in store for her?

I’d misjudged my mileage, and with no gas gauge, I’d had no way of telling when I’d run out of gas. I’m luckily able to roll my bike to a slow and steady stop off on the shoulder of the road. I shake my head, wanting to give myself a good hard kick for not being more careful. I glance around as I hop off. Figures I am surrounded by nothing but woods and, my guess, swamps, and am nearly twenty miles away from any town. This isn’t exactly what I had in mind when I said I would make use of the tent in my saddlebags. I let out an exasperated sigh as I undo the chinstrap to my helmet, yanking it off my head, and let my hair fall around my shoulders. I bite down on my lip and contemplate. I can’t leave my bike here on the side of the road. I can’t walk 20 twenty miles and back just for gas with it already so dark out, either. I have no choice. I’ll walk my bike into the woods and set up camp. People do this all the time, right? No big deal. It’s not like the big bad wolf will jump out and get me.

I gaze into the woods. Darkness has already fallen over the trees. They stand silent and still, as even the animals, it seems, have all gone quiet for the night. I laugh off the thought of the big bad wolf. I guess it’s alligators I have to watch for down here. Or, is it crocodiles? I shiver, put on a brave face, and straddle my bike once more. It’ll take all my strength to waddle it down the ditch and into the woods over the uneven terrain. I figure a short way off the side of the road and into the woods and I should be fine. Enough to be out of the line of traffic, but not enough to get myself terribly lost.

As I wiggle the bike down the small slope, I begin to exert myself on the flat, but rough terrain as I push the bike forward, throwing my petite body into it as much as I can. I grunt as I give one more strong push forward. The bike lurches along slowly as my helmet clangs against the already scratched black paint. I groan, aggravated with myself more than ever for letting the gas tank get bone dry.

“What in the hell are you doing?”

I stop dead in my tracks. I hadn't heard a single footstep, not even a twig. I swallow hard and throw myself off the bike, flipping out the kickstand as I do.

I turn slowly to see a rugged looking man staring hard at me. His dark washed jeans are splattered with dirt and debris at the bottom, suggesting that he has been romping in the woods beyond. His heavy boots are caked in a layer of thick mud that’s starting to dry in certain spots. He places his hands on his hips, making his leather jacket open to display a well-fitted tee shirt; defined chest muscles are visible even under the moonlight. His gray eyes shine and shimmer under the light of the full moon as they glare at me in an almost threatening way. No, not threatening. Warning me of something, and somehow worried. His brown hair is styled fairly nice, which is surprising considering the five o’clock shadow on his face. He’s much larger than me. Well, almost everyone is larger than me, but he must be over 6 feet tall. Huge, compared to my tiny 5’5” frame.


My Review: 5 stars
Wow! Trista sure put a new spin on a very old tale. I loved every single minute of it!! This was creative and she just made the story her own. I loved how Ethan found Red/Samantha and took care of her. I thought it was hilarious that his brothers showed up, but sort of juvenile the way they treated each other. But that's what brothers do, I suppose. I loved the way that they saved Red and took care of her. There are a few other twists and turns in this story, but you have to read it to really appreciate it. I'll read anything from Trista, and I can't wait for the next book! 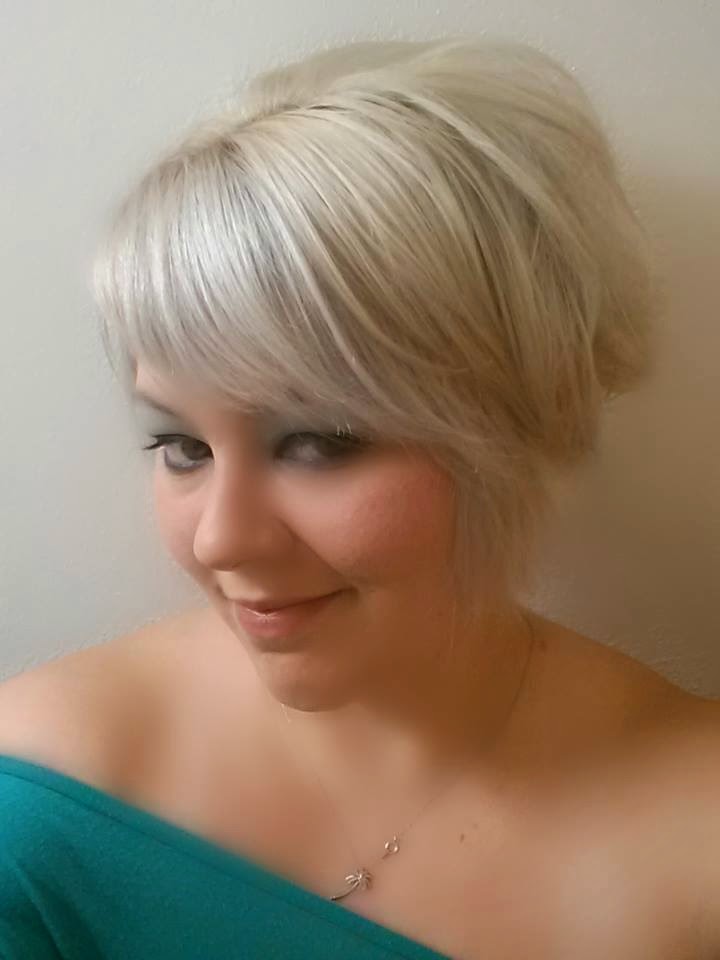 She is an Air Force spouse and mother to two mischievous and rambunctious little girls. She is creative by nature and not only writes, but is a photographer who braves the cold to chase the northern lights. She also plays guitar and sings, two things that have become a favorite past time of hers when she’s not behind the glowing screen of her computer. And, though she considers it just a hobby, loves to sketch and paint.

She is originally from Hamilton, Ohio but calls home where ever the Air Force sends her. She currently resided in Anchorage, Alaska where she finds endless inspiration in the pure Alaskan wilderness. Though the rain can seem endless in the fall, and the constant daylight is a burden in the summers, she considers it a privilege to live there.

When Trista isn’t writing, she loves to spend her time with her family in the vast Alaskan outdoors, plucking away at her old guitar, working out in the gym, or baby her two over-grown Labrador puppies. She loves the great outdoors, the moon, old movies,  and music. She loves being creative, practicing her photography, and wildlife. If you need to get in touch with her, since her life is 10 ways of crazy right now, you can always.

You can find Trista at