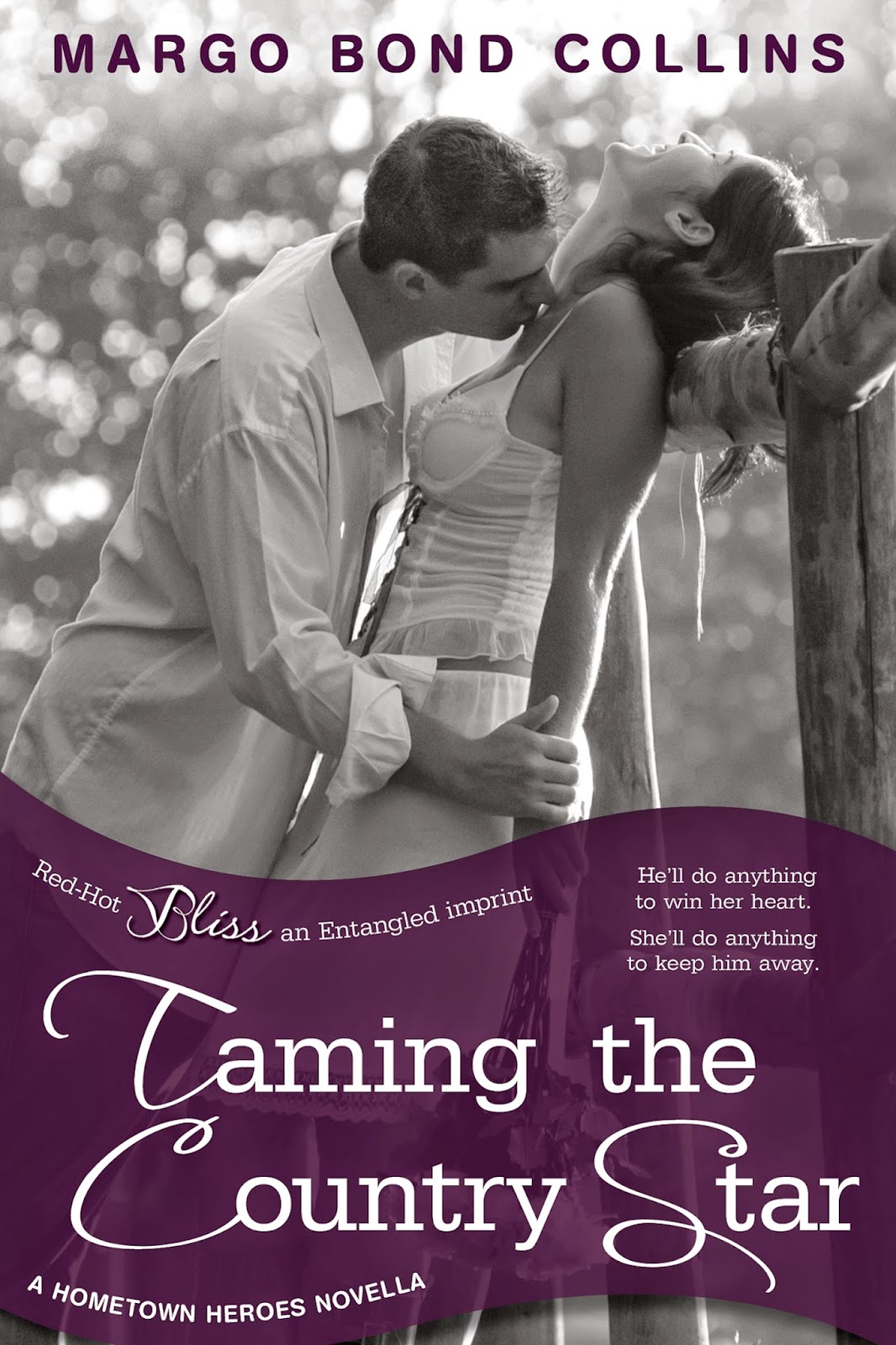 Country star Cole Grayson is in town, and Kylie Andrews is less than thrilled. As if months of changing the radio station and tearing down his posters weren’t bad enough, now she has to deal with a town of fans swarming toward the man who deceived her the year before. But when Kylie’s eyes meet Cole’s again, she can’t deny the electric chemistry that drew her to him the first time around.

Cole Grayson is on a mission. Ever since Kylie left him, he hasn’t been able to forget her sweet country smile. After writing a song just for her, he sets off for her hometown to prove he’s not the player she thinks he is. But as much as Cole can’t forget her, Kylie wonders if she can forgive him…

Author Bio – Margo Bond Collins
Margo Bond Collins currently teaches college English courses online, but writing fiction is her first love. After a decade of moving all around the country (Los Angeles, New York, and Atlanta are a few of the places she’s lived), she has settled in her native Texas. Margo lives near Fort Worth with her husband, her daughter, and several very spoiled cats, and she spends most of her free time daydreaming about heroes, monsters, cowboys, and villains, and the strong women who love them. She currently writes for Entangled Bliss
Website * Blog * Twitter * Facebook * Goodreads

My Review: 4 1/2 stars
This was a nice light read. I liked that it was lighthearted and funny at times. I really liked that Cole went after Kylie, after seeing her again. She's mad at him, until she realizes that she's the one who wouldn't let him tell her who he was. Still, Kylie doesn't see a rosy future for the two of them because of the tabloids and it's similar to what her Mom went through with her Dad, at least in her mind. I do love that Kylie at least gave Cole a chance. There are a couple of twists, but they're all good. I really liked the way things worked out in the end. Possibilities are fabulous. 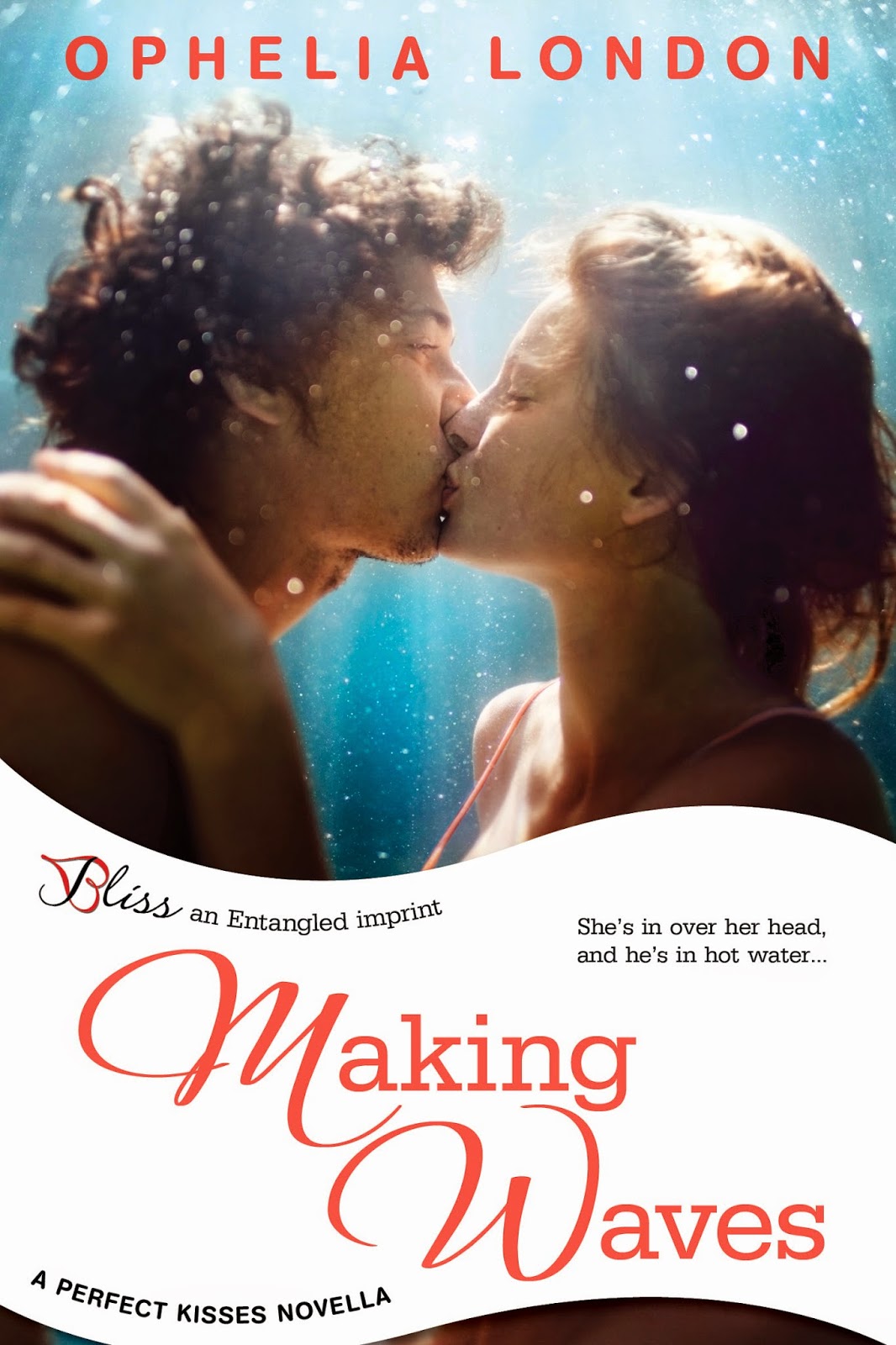 Book Synopsis:
She’s in over her head and he’s in hot water…

Visiting her friends Ellie and Charlie in Hawaii was supposed to be a much-needed vacation for journalist Justine Simms. But when she learns the notoriously reclusive pro-surfer Chase Ryder is coming out of retirement for a competition, she knows she’s found the perfect exclusive to save her career. Of course, then she learns he’s the gorgeous, secretly nerdy guy who broke her heart a year ago.

Will Davenport—aka Chase Ryder—doesn't do interviews. He keeps his real name out of the papers and doesn’t mix his public life with his private. That is, until the still-heartbroken Justine blackmails him into giving her an exclusive. Seeing Justine, stunningly beautiful as ever, brings back all the feelings he had before. But despite their smoldering attraction, nothing has changed since he had to leave her the first time.

Buy Links: Goodreads * Amazon * Barnes & Noble * iTunes * Entangled
Author Bio:
Ophelia London was born and raised among the redwood trees in beautiful northern California. Once she was fully educated, she decided to settle in Florida, but her car broke down in Texas and she’s lived in Dallas ever since. A cupcake and treadmill aficionado (obviously those things are connected), she spends her time watching art-house movies and impossibly trashy TV, while living vicariously through the characters in the books she writes. Ophelia is the author of ABBY ROAD; the Perfect Kisses series including: PLAYING AT LOVE, SPEAKING OF LOVE, and FALLING FOR HER SOLDIER, and the new adult DEFINITELY, MAYBE IN LOVE.
Twitter * Website * Facebook * Goodreads * Entangled

My Review: 4 1/2 stars
This was a sweet book about second chances. More than one was given in this book. I really liked that it was about surfing. Justine is on vacation to get away, and stumbles across what might be her only hope of keeping her job. Things get a little muddy because it turns out that Chase is also Will, and he broke her heart last year. First Justine is confused, but she has to blackmail Chase in a way to do that. While she's waiting, she gets to watch a surfing competition that Chase/Will is competing in, and it gives her a thrill. Gives Will one as well, judging by the kiss he lays on Justine on his way to the stage. From there things evolve, and Justine does get her interview. Will helps her overcome a fear, one that had made him walk away a year ago. The ending is really good, and a bit creative, I really enjoyed this read. Both Will and Justine end up getting second chances from the other. Beginning again can be a beautiful thing.