He was a pig, a jerk, selfish, callous, crude, tactless, prone to outbursts and gorgeous. The kind of gorgeous where you didn’t even attempt to hide the fact that you were staring. I knew the type: His entire life he has coasted on his good looks, artificial charm, and sex appeal. Everyone wanted to be on him or be him. I had been hurt by jerks like him before. He was like those guys but far worse.

I was the unfortunate sucker to be offered a gig I desperately needed as his live-in chef for a Summer in the Hamptons. But I wasn’t like the other girls, the models and socialites who came through the revolving door of his bedroom. I would bite the bullet, take the gig, deal with his sexist comments, his expectation that I would fawn over him, and have no problem letting the door hit my ass on the way out when I was done.

But then something unexpected happened that changed everything and I realized that there maybe more to him than the labels I had affixed to his character. Maybe. But if he really wanted me, it wasn’t going to be easy, not like everything else in his life. He was going to have to work, I was going to make him miserable. He was going to hate wanting me just as much as I hated myself for wanting him back. 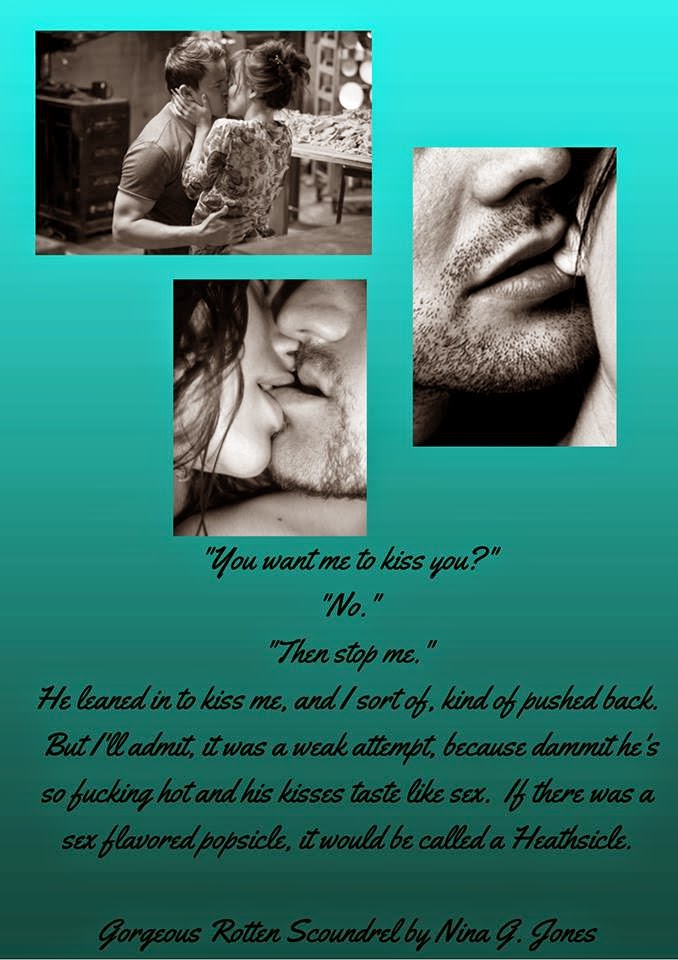 Nina G. Jones was born and raised in Bronx, NY and currently resides in Milwaukee, WI with her husband and two crazy Boxers.

I took another deep breath to calm myself and pressed the doorbell. This time, the door whipped open. Heath stood there, squinting into the sunlight. His blond hair was disheveled.
He was, shirtless, in a pair of worn jeans with the top button undone and barely holding onto his hips. He brought his right arm overhead and leaned it against the doorframe; the tension this created made his abs flex. Mindy was right, even half asleep, he is divine.

He cleared his throat. "Oh yeah, the chef, right?"

"No, no...come in. I had too much fun last night." He stepped aside and extended his arm to welcome me in.

"Have a seat." He was barefoot and hadn't even attempted to find a piece of clothing to cover his bare torso. I guess I missed the memo that this was a shirts-optional interview. Heath strolled over to the fridge with the ease of someone who hadn't just woke up to an interview he had completely forgotten about. "Orange juice, coffee, vodka, all of the above?" He sounded a bit like a car salesman.

"No, thank you. I'm fine." Guys like Heath have always made me tense, at least upon first meeting them. I know his type. They walk around like they own the world, like they can have whatever they want, and it's because they do and they can. But I had my share of guys like him, and I vowed since the last one that never again would I fall for the bullshit. I don't just mean fall in love, I mean even as a friend, I wouldn't fall for the fake charm bullshit. I would be the thorn on his side.

This book made me laugh so hard at times. Heath and Sadie - just WOW!! They had so many sparks coming off of them, they could have lit up the sky. Sadie didn't want to feel anything for Heath. She's always found the most obnoxious jerks, and they treated her horrendously. At first Heath is very similar. He's a model, so he's got different women coming and going. then one night changes everything. Not in the way that you think either. I loved the story, and how Sadie fought so hard not to fall for Heath. I loved that Sadie didn't sugar coat anything for Heath, she just told him how she felt, except when it came to personal feelings. I also loved that Heath made it pretty clear to Sadie that he wanted her. But Sadie has too many doubts about herself, and wonders if it's all just made up, or just for the summer. She spends a lot of time second guessing herself, not a good thing. But Sadie and Heath - perfect for each other. They loved each other differently, passionately, and possessively. But neither one wanted to be the first to give in and admit they actually cared, really cared for the other. There are a few bumps along the way and some super romantic moments that get blown all to hell with a few well placed words. Nina had me rolling with laughter, crying for the loneliness that both Heath and Sadie went through, and for the losses that happened throughout their lives. I absolutely loved the ending - just enough laughter to chase away the tears. Beautiful. 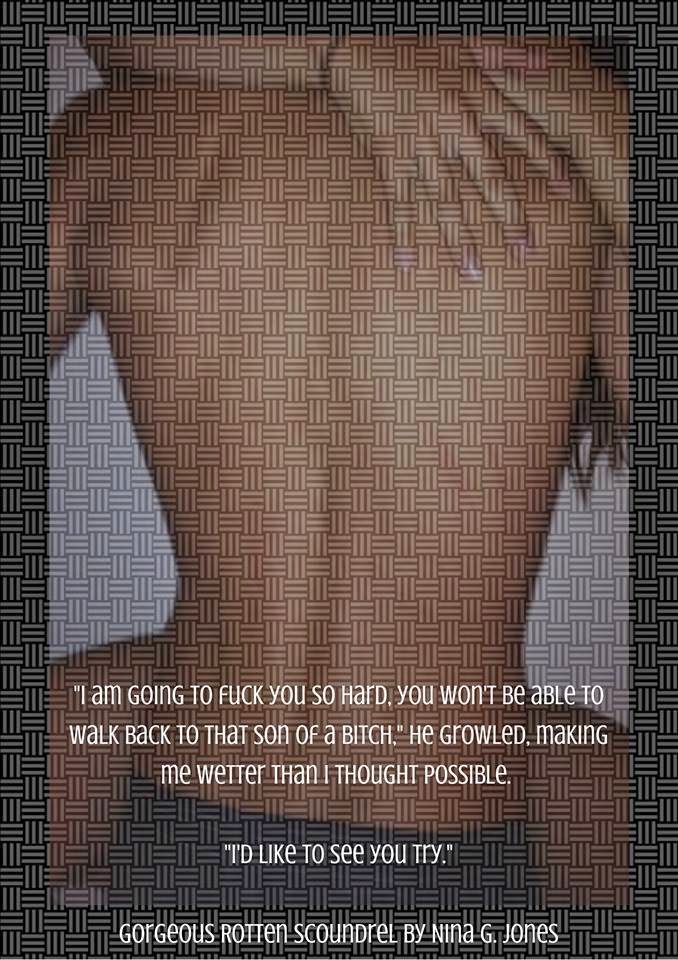