Blurb
When Dani's sheltered life is turned upside down by her mother's secrets, she finds protection with her estranged outlaw father. Against all warnings, she falls for bad boy biker, Shadow. He is beast and beauty sealed in a leather cut with a gun holster. Can Dani learn to live within the Club rules? Is she more like her father than she could imagine?

Shadow has grown up among drug addicts, whores and murderers. The only family he's ever trusted has been the Devil's Dust motorcycle club. He will do anything for a brother; even kill. In fact, killing is so easy, he's made a career of it. His one regret is not being able to kill his own worthless mother. When Dani shows up with her provocative temper and innocent charm, Shadow begins to question his violent lifestyle. But can he trust her with his demons?
Sex.
Blood.
Betrayal.
Will Dani and Shadow let family ties destroy them? 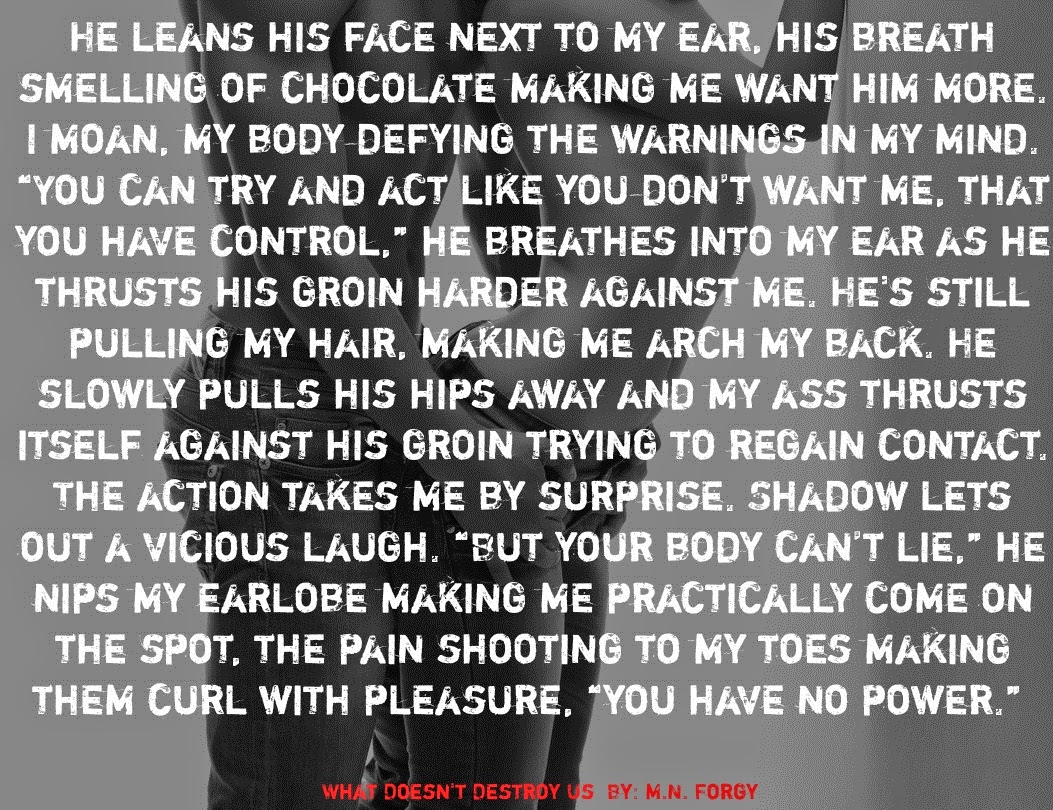 My Review: 5 stars
It's difficult to believe that this is the first book that Ms. Forgy has written. I loved every single moment, except for the end. I loved that Dani and her Mom go on the run, back to her father, but her father doesn't know about Dani's existence until they get there. That did not go over well. Dani's Mom is a piece of work, that's for sure, and I know she's up to something. The instant attraction that Dani and Shadow had for each other was pretty hot. I loved that Shadow went all alpha, trying to keep other guys away from her. Shadow is a tough guy, doesn't mess around when it comes to the club, but knowingly puts himself in harms way by pursuing Dani. Dani is trying to wrap her head around everything that's happening to her, trying and losing the battle within to be with Shadow. There are some twists that you just don't see coming, and when they do, damn, they set you back a bit. When it finally looks like everything is coming together - BAM!! The end of the book hits us with a mother of a cliffhanger. I, for one, cannot wait for the second book to come out because I have to know what happens. I was pissed off; first, because of who was there and what they did, second, because of Shadow's reaction to the whole thing and how that made Dani feel. I can only hope at this point that when I do get the second book I don't throw my kindle across the room because of what happens, although, if I'm already thinking it I know it'll happen. But such a strong reaction is a fabulous thing - it means that Ms. Forgy did her job and did it well. I'll be waiting. 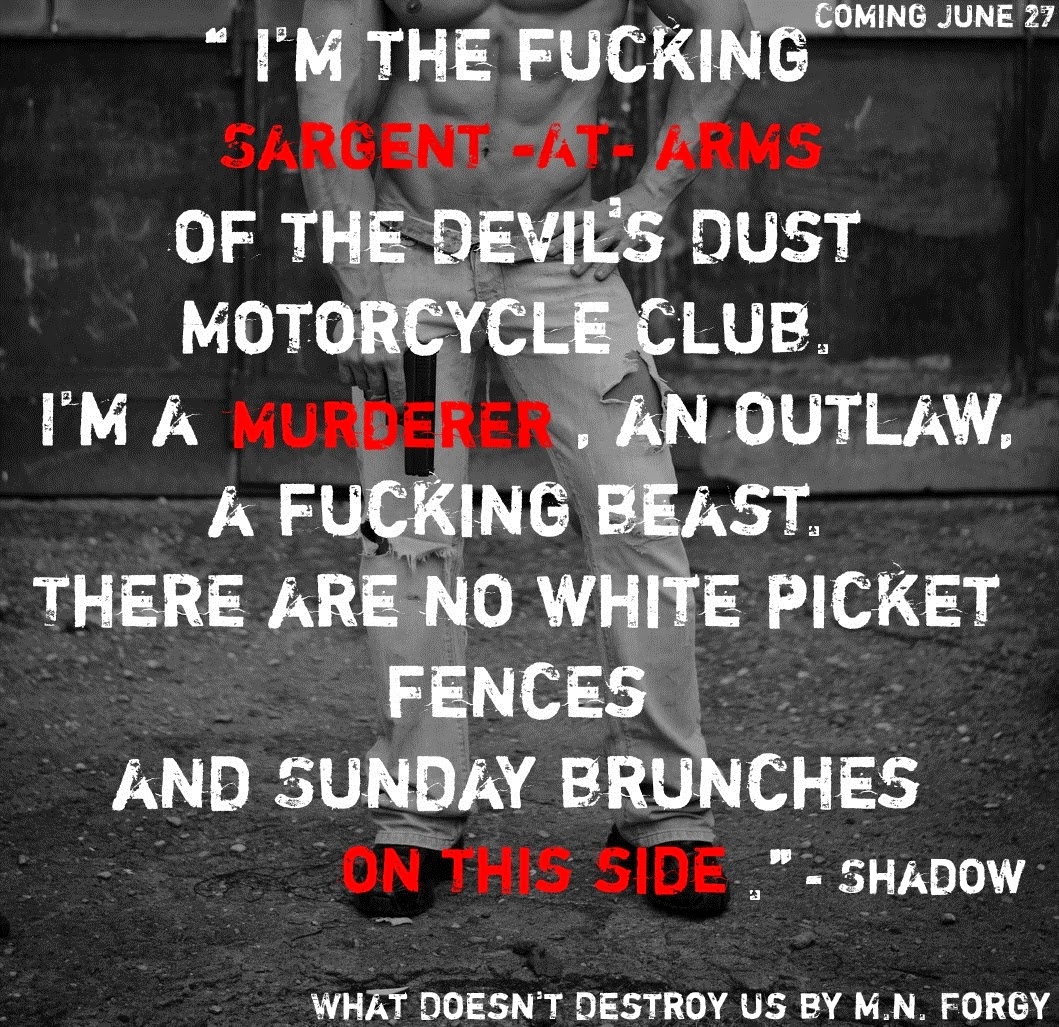 M.N. Forgy was raised in Missouri where she still lives with her family. She's a soccer mom by day and a saucy writer by night. M.N. Forgy started writing at a young age but never took it seriously until years later, as a stay-at-home mom, she opened her laptop and started writing again. As a role model for her children, she felt she couldn't live with the "what if" anymore and finally took a chance on her character's story. So, with her glass of wine in hand and a stray Barbie sharing her seat, she continues to create and please her fans.
Facebook | Goodreads| Twitter | Blog 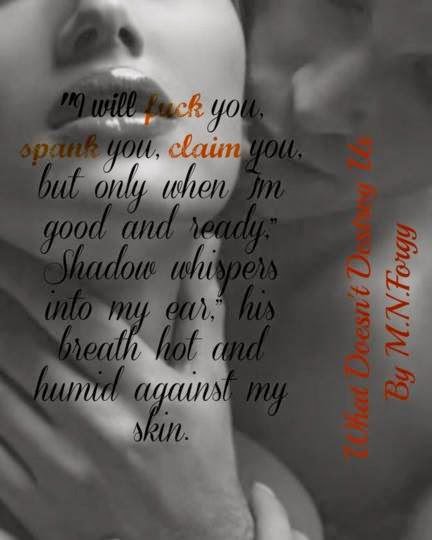