Synopsis
The ending of an unhealthy relationship leaves Lexi Reed damaged, broken and alone. Fighting against self-doubt and an unsupportive family she runs away to Europe in an effort to not only heal but to discover who she is.

Settling in Rome had never been the plan but when the opportunity presented itself Lexi rolled with the punches. Lexi doesn't believe in a happily-ever-after, instead she enjoys the spoils of the majestic city and the many men that crossed her path, vowing to never again give away her heart.

When Lexi flirts with Riccardo Cassius, a good-looking stranger, she has no idea that he is the youngest son of one of the wealthiest and most influential families in all of Rome. The knowledge that he was “off-limits” inciting her desire for him further. Just one night, that’s all she asked. What Lexi hadn’t counted on was Riccardo’s unwillingness to let her walk away.
Rebelling against his conservative upper class family and the crazy relationship rules she has imposed, Riccardo fights to keep Lexi in his life and defy the odds. How far will each of them go? Will Lexi allow Riccardo into her heart or is she destined to break his?

Lexi is a standalone novella in the Lexi Series. The prequel to A Twist of Fate, it delves into Lexi’s past and explores how she evolved into the impulsive, feisty woman who doesn't allow other’s ideals to define her. 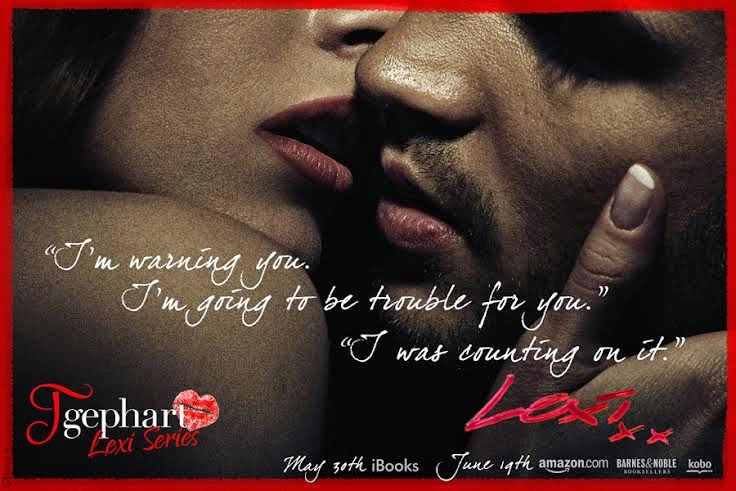 T Gephart is an indie author from Melbourne, Australia.

T's approach to life has been somewhat unconventional. Rather than going to University, she jumped on a plane to Los Angeles, USA in search of adventure. While this first trip left her somewhat underwhelmed and largely depleted of funds it fueled her appetite for travel and life experience.

With a rather eclectic resume, which reads more like the fiction she writes than an actual employment history, T struggled to find her niche in the world.

While on a subsequent trip the United States in 1999, T met and married her husband. Their whirlwind courtship and interesting impromptu convenience store wedding set the tone for their life together, which is anything but ordinary. They have lived in Louisiana, Guam and Australia and have travelled extensively throughout the US. T has two beautiful young children and one four legged child, Woodley the wonder dog.

An avid reader, T became increasingly frustrated by the lack of strong female characters in the books she was reading. She wanted to read about a woman she could identify with, someone strong, independent and confident who didn't lack femininity. Out of this need, she decided to pen her first book, A Twist of Fate. She enjoyed the process so much that when it was over she couldn't let it go.

T loves to travel, laugh and surround herself with colourful characters. This inevitably spills into her writing and makes for an interesting journey - she is well and truly enjoying the ride!

Based on her life experiences, T has plenty of material for her books and has a wealth of ideas to keep you all enthralled.
Facebook | Twitter | Website