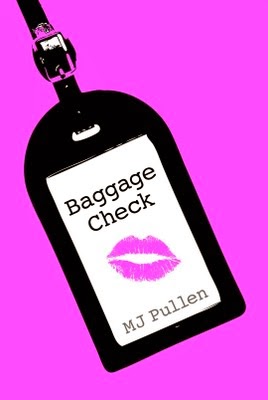 Synopsis:
From the author of The Marriage Pact (2011) and Regrets Only (2012) comes Baggage Check, the third and final installment in this quirky romantic series.

At thirty-five, Rebecca Williamson is surrounded by happy endings.  Her friends Suzanne and Marci are living out their own personal fairy tales in Atlanta, Georgia. But despite Rebecca’s best efforts four years ago, her adorable college friend Jake Stillwell has officially slipped through her fingers and broken her heart. Even though her job as a flight attendant fits perfectly with her orderly nature, and brings her into contact with lots of eligible men, she can’t seem to find a man who is Jake’s equal.

Then a frantic phone call from her mother in Oreville, Alabama turns Rebecca’s structured life on its ear. She will find herself back in the tiny town she worked so hard to leave behind, and thrown together with Deputy Alex Chen, a face from the past who’s made it clear he thinks of Rebecca as more than just an old friend’s kid sister.

But Alex is nothing like what Rebecca had in mind; and in the meantime, she has other battles to fight, including her painful family history. Can she navigate the chaos and get her life back to normal? Will Alex prove himself to be the friend she's always needed? Or will she discover that the door to Jake is not as tightly closed as she thought?


My Review:  4 stars
This was a complicated story about love, friendship and letting go. It's also about taking chances and learning to be your own person. Figuring out what it is that makes you happy at the end of the day. Rebecca is having a difficult life, and I feel for her. Everyone of her friends is married or getting married and she's still alone. Still nursing the heartache that came with losing someone she loved for a long time to someone else. She's got a good job, but she still has no real joy in life. I know this is going to sound awful, but when her mom had real problems and Rebecca had to go and take care of everything - it was the best thing that could have happened to her. She met someone who remembered her from High School, Alex Chen, who's a Deputy in town. Alex pursues Rebecca, but she insists that they remain friends. A lot of things happen and through those things Rebecca finds who she is and what she wants. She lets her friends in a little more. She mends friendships that have been overlooked. She wants more with Alex, but is afraid of that risk. She knows she messed up things with Alex, but she gives it all a shot one more time anyway. Because sometimes you have to just lay it all on the line, and know that you gave 100%. Because life is too short to do otherwise. In the end this book made me think about a lot of different things. It was different from the first two books in the series, more serious and so was the subject matter. What didn't change were the fantastic characters throughout the series that were brought back again, M J's writing abilities and the way that she can weave such a complicated, wonderful story. 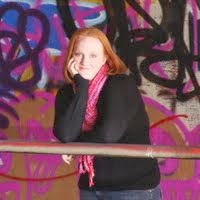 M.J. (Manda) Pullen studied English Literature and Business at the University of Georgia in Athens, and later Professional Counseling at Georgia State University in Atlanta. She practiced psychotherapy for five years before taking time off for writing and raising her two young boys. Since high school, she has also been an executive assistant, cashier, telemarketer, professional fundraiser, marketing guru, magazine writer, grant-writer, waitress, box-packer, HR person, and casual drifter.
She reads and writes across many genres, and learns something from everything she does. No matter what she’s writing, M.J. believes that love is the greatest adventure there is, and that hopeless romantics are never really hopeless.
She loves to hear from readers and other writers – so drop her a line!