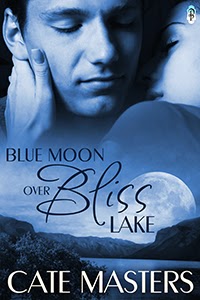 Blurb:
Home for the holidays…

Sierra O’Brien and Carter Grove have a lot of history—and regrets between them. Their high school romance didn’t survive after he went away to college. Despite tremendous business success, Carter never found another woman like Sierra and has two failed marriages to prove it. Sierra’s luck wasn’t much better, but after being widowed, she heads back to Bliss to plan her future. The last thing either expected was to run into each other or to reconnect to the magic that once drew them together.

Can Sierra and Carter make it work this time or are they doomed to repeat the past and let the same mistakes drive them apart? In Bliss, the inexplicable is an everyday occurrence, and anything is possible—especially during a blue moon.

Enjoy the following excerpt for BLUE MOON OVER BLISS LAKE:
Ensconced in soft down, Sierra floated down from her dreams, the one place she always found safety. Her body acknowledged the bed, the sunshine stinging her eyes drawing her back toward reality. Reluctantly, she pried open one then blinked both open. After a moment of confusion, she knew where she was: home. In Bliss.

Dreams of Carter had helped make the night blissful, too. While she rose and puttered around, making the bed, a vivid image of him stayed in her mind. How the heck had a decade improved his looks? Carter 2.0. Oh yeah, he’d love that, with all his cutting-edge technological developments, he’d become one of Steve Jobs’ main competitors. Unlike Jobs, Carter’s sharp, professional appearance lent an unapproachable air, the expensive suit he’d worn the day before cut so well to his figure it looked tailor-made. It probably was. The soft fabric had surprised her. So had the taut muscles beneath the suit. Carter kept himself in shape. He had everything in life he could possibly need. A pang of regret sliced through her.

Or did he? She headed to the bathroom and twisted the faucet knob. Steam began to fill the small bathroom as she stepped inside the shower. It hadn’t escaped her notice when Forbes listed him in its Top 40 Under 40. She’d been happy for his success, but something about those media photos grabbed her attention, and she lingered over them. His smile appeared too rehearsed, empty of happiness. Sometimes pictures showed a woman clinging to him, her embrace cloying and possessive rather than loving.

Toweling off, she tried to remember his current wife’s name. It escaped her; he’d married at least twice. A bitter chuckle escaped and she wiped the mirror free of steam a little harder than necessary. And you thought you were the love of his life. Obviously, he didn’t have one—he had many.

She frowned at her hazy reflection. After reading another article she’d run across online in some pretentious magazine like Architectural Digest, she’d questioned whether she ever really knew the man. His wife—Barbara, maybe?—had had their initials monogrammed on everything throughout their McMansion. A beautiful place, but cold. Overbearing. Nothing like the boy she’d once loved.
You’re not exactly the same girl either. Gaunt face, pale skin, and dark circles beneath her eyes. Not for long. Carter had made his mark on the world and she intended to do the same. Much smaller than his, of course, but she didn’t need to conquer the universe. A state or two might be nice, though.

“Oh, Carter.” He’d left his mark on her, too. Ten years melted away when she’d seen him the day before, the two minutes leaving a vivid impression. Throughout the night, in the haze of sleep, memories of the two years they’d shared filled her with sublime happiness. How bright the future had appeared then.

She straightened. It will be. A little late, but starting over would give her the opportunity to make it better this time.

My Review: 4 1/2 stars
Cate can really tell a tale. This was a very good story all about how you can mess things up but still get a second chance to fix it. Carter wasn't planning on running into Sierra on his way to a business meeting, but he did. And it left him stunned and wanting her just as much as he did when they were together 10 years ago. Things have changed for them both, but this chance meeting was the first step to realizing the way things should have been for them all along. Once Carter has made up his mind, there's no stopping him from pursuing Sierra how he should have before, and this time he's not letting go. Sierra regrets letting Carter go all those years ago, but has doubts about his true intentions. She's not used to someone who really cares, and shows it. Which is really sad. The way things all come together is really cool. Cate has done a fantastic job with this book and all the wonderful characters in it. 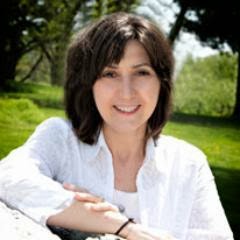 Cate Masters has made beautiful central Pennsylvania her home, but she’ll always be a Jersey girl at heart. When not spending time with her dear hubby, she can be found in her lair, concocting a magical brew of contemporary, historical, and fantasy/paranormal stories with her cat Chairman Maiow and dog Lily as company. Look for her at http://catemasters.blogspot.com and in strange nooks and far-flung corners of the web.