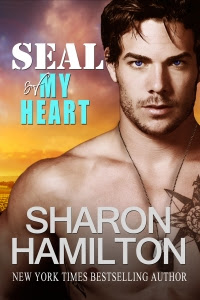 BOOK BLURB / SYNOPSIS –
SEAL OF MY HEART
Kate Morgan is engaged to the most eligible bachelor in Sonoma County, the son of a wealthy wine family in Healdsburg, California. On a flight to visit her sister in Portland she is seated next to a young hard-bodied elite soldier who ignites her insides in a strange attraction she cannot deny.

Navy SEAL Tyler Gray plans to spend a weekend home before deploying to North Africa with the rest of his SEAL Team 3. But the conversation with Kate has him rethinking his future.

The encounter has both of them feeling fate has stepped into their lives and altered their course.
Unable to just say goodbye as lovers, they agree to carry on a correspondence. Kate becomes the girl Tyler wants to come home to while she is pressured by her family to reconsider her broken marriage plans.

Family secrets are revealed from the past regarding a young Marine and Kate’s mother which brings both heartache and a sense of clarity as old loves are unearthed. From the grave, a Marine’s love letters from the past affect the new love between Kate and Tyler in the present.
And when Kate’s life is endangered, will Tyler be the man to save her without sacrificing his own?

Friday couldn’t come fast enough for Tyler. He boarded the plane from San Diego and in just under two hours touched down at Schulz International Airport. Kate ran to him as soon as he entered the small terminal. He dropped his bag and accepted her body slam willingly.
His heart was overjoyed. He’d been heavy with worry she’d call him and postpone their get together, and he’d have to go out of country without being with her one more time.
Her lips were urgent. She clung to him with fierce need, which was just about the biggest turn-on and something he hadn’t dared to dream was possible. He felt her need match and melt into his as the steamy sparks flew and his hands smoothed over her satin skin. Her sweet softness and fresh scent given up to him so willingly, so utterly compliant made him wish somehow his deployment was over, that this was the homecoming he’d get when he could finally stay for more than just two nights.
Two little nights! It’s all they had left. He wanted to see everything about where she grew up, meet her folks. Even take a good look at her asshole of a former fiancé and let him know that he was the man he’d have to answer to if the guy had any designs on her. Of course, he was all in. And, thank the God of SEALs, it looked like she wanted him right there next to her as tight as they could get.
“Baby it was way too long. We should just go runaway,” he kissed into her hair at the side of her head. “We could disappear. Wanna disappear?”
That little giggle as she snuggled under his chin, as her arms came up his back, pulling him into her. Her fingers migrated to comb through the curls at the top of his spine, stroking and squeezing. Her hard pubic bone rode his shaft through his jeans. He pressed her there, hurting with need, and then just hurting.
“If you weren’t the man I know you to be, Tyler, I’d take you up on it. God I wish I had a few million stashed away somewhere so we could just do that. But we have this.” She stood on tiptoes and placed her succulent lips across his.
“And this is pretty damned good, baby.”
“The best.”
With one arm wrapped tight about her waist he practically carried her through the glass doors of the terminal to the parking lot beyond, slinging his bag over his left shoulder. Her feet barely touched the floor. She hung onto his shoulders, using her right thigh to gently balance against his hipbone as he walked. She wasn’t light, but he’d carry her all the way to San Francisco if she’d let him.  And heck, he and his buddies had carried telephone poles up and down the goddamned beach in a full run in combat boots without hardly breaking a sweat.
She’d started to get out her keys and he swiped them from her, giving her another kiss when she showed that fresh smile again. He stowed his bag in the hatch and they drove toward the freeway, heading north.
He found the little town of Healdsburg to be charming, reminding him of some of the villages in the South of France, or New England where shops surrounded a lawn square complete with a gazebo and park benches. The square was a gathering place, and he noted the foot traffic was so thick, maneuvering the car to make a right turn as she had instructed, was tricky.
They drove down a wide street with grand houses, most of them early California or large bungalow style. At a light green mansion, she ordered him to turn right and pointed around the corner to the back of the property, where he located a lemon yellow cottage.
“Nice, Kate. Love it.”
“Thank you.” She said bashfully.  He could see she was thinking about what they’d be doing just as soon as he got them properly naked. He liked that she was shy, that her cheeks had that just-kissed blush on her fair peachy skin. She stole little glances at him which set his insides on fire. He’d never wanted a woman more. 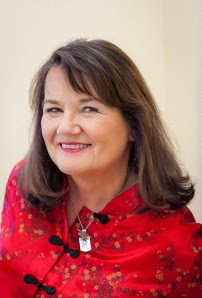 Sharon’s award-winning almost-erotic Navy SEAL stories of the SEAL Brotherhood, have consistently made best sellers lists and review sites. Her characters follow a spicy road to redemption through passion and true love. Her SEAL Brotherhood Series continues with books 5, 6 and 7 all releasing this year, as well as audio versions currently completed for the first four of the series. She has been an Amazon top 100 author in Romantic Suspense since last fall.

Her Guardian Angels struggle with the human charges they are sent to save, often escaping their vanilla world of Heaven for the brief human one. You won’t find any of these beings in any Sunday school class.

She lives in Sonoma County, California with her husband, and two Dobermans. A lifelong organic gardener, when she’s not writing, she’s getting vera vera dirty in the mud, or wandering Farmer’s Markets looking for new Heirloom varieties of vegetables and flowers..

CLICK HERE TO JOIN THE SEAL of My Heart Launch Party 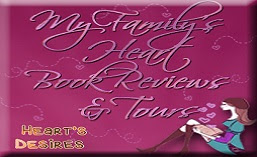