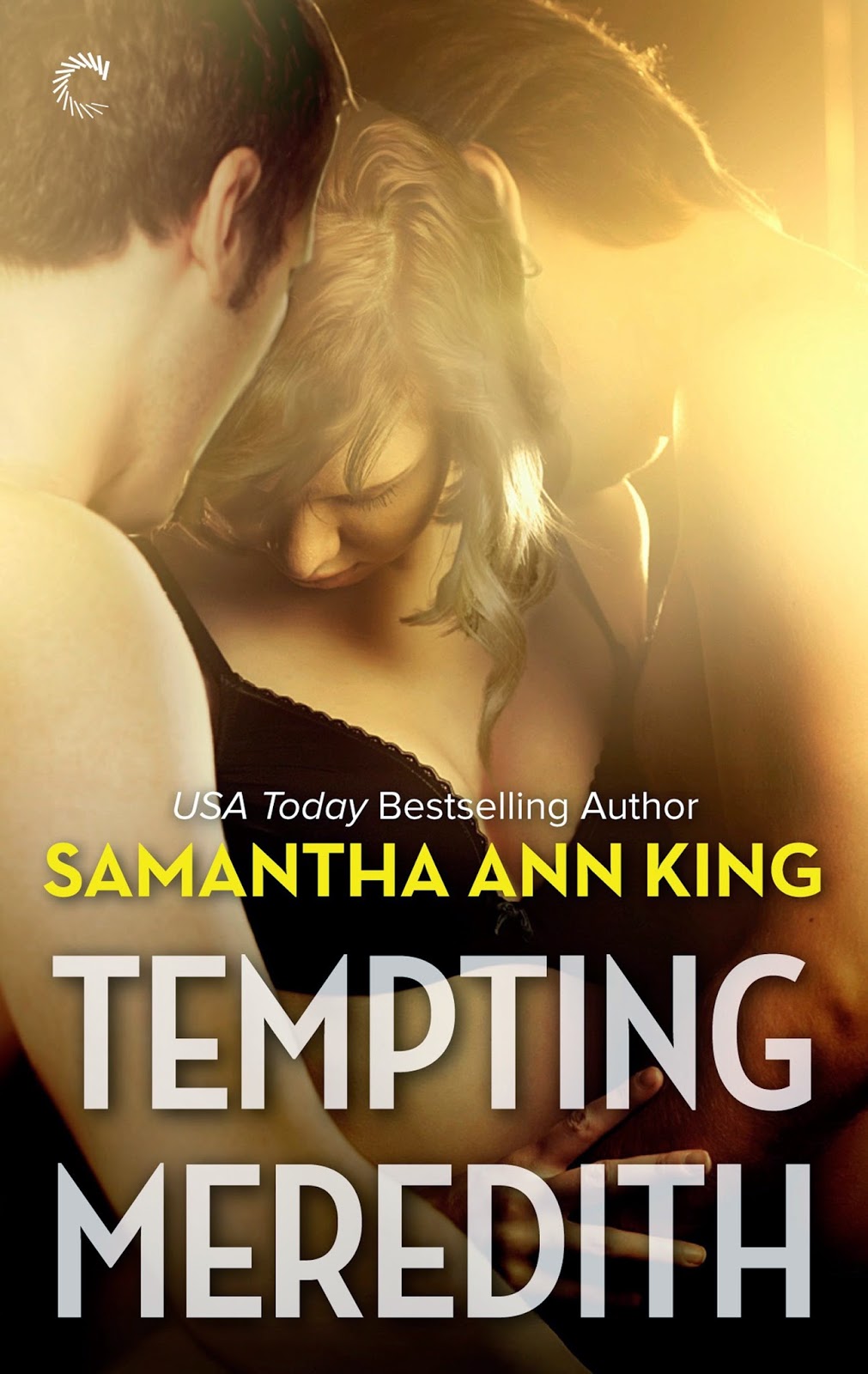 Find out more about TEMPTING MEREDITH in this exclusive interview with Samantha Ann King!


About TEMPTING MEREDITH:
Astrophysicist Meredith Burke's professional life is perfect. Her personal life is another story. Years ago, a menage with the man she loved and his roommate left her with a broken heart and a secret. She hasn't trusted anyone since, but when she meets rugged hunting guide Charlie Connor she figures she doesn't need to. He's got "one-night stand" written all over him.

After one night with Meredith, Charlie needs more. She's intoxicating, and shockingly willing to give him total control of her body. When she agrees to spend an entire week with him at the lodge where he works, it's more than he'd hoped for. But Blaine Bridges, Charlie's best friend and boss, has his own secrets.

Blaine hasn't seen Meredith since that disastrous encounter eight years ago, but he still has feelings for her. Now she's dating his best friend, the man he wants for himself. When Meredith invites him to join in their naughty play, his pleasure is all-consuming. But will the secrets they all hold close destroy a beautiful beginning or bring these three lovers closer than they ever imagined?
Goodreads | Carina Press | Amazon | Barnes & Noble
Excerpt:
Blaine couldn’t see what happened next, couldn’t make out the words Charlie murmured, but when the man pivoted to face him with Meredith still pressed against his chest, her expression was no longer embarrassed. Her eyes had the glazed, sensual look of a woman who needed to be fucked. Her breathing was fast and furious, her lips parted. Every cell in Blaine’s body reacted to her obvious desire. His heart thumped. His breathing matched hers.
He wanted to touch her, to find out if her skin was as hot as it looked.

Charlie’s voice rumbled through Blaine, although he was speaking to Meredith. “You don’t have to talk, Doc. Just listen.” One of Charlie’s big hands splayed across her ribs, just below her breast.

She didn’t answer, but her breasts lifted and fell with each rapid breath, and her wide blue eyes fastened on Blaine’s. His cock revived, and he didn’t know if it was because of Charlie or Meredith.

“That’s my girl,” Charlie murmured. “Now, you said you were okay with everything. Let’s see just how okay you are.” His free hand grasped the hem of her shirt and dragged it up over her breast, then shoved one lacy cup aside and hooked it under her breast. He plucked her nipple between his thumb and finger and rolled it. Her eyes closed, but not before Blaine saw the pleasure there. Her head dropped back against Charlie’s shoulder.

That Charlie didn’t remove her clothes made it hotter than when she’d stripped naked by the lake. Rushed, more desperate, dirtier.

Blaine’s cock stood up and took notice, even if he couldn’t believe Charlie was doing this. He should talk his friend down so they all didn’t regret it later. “Maybe she’s right. We don’t have to do this now.” He forced a weak laugh. “We don’t have to talk about it at all. We can just pretend it never happened.” Except when I’m jerking off. Alone.

My Review: 5 stars
Holy. Moly. This book was freaking so hot! It all starts with a little something that happens in college and then skips ahead about 8 years. That's when Meredith meets Charlie. Holy crap, than man is hot. I love it when he goes all commanding on Meredith, and so does she. Meredith tried to deny that they're anything more than sex, but that's not what Charlie wants so he find a way to make Meredith keep coming back for more. When he finally takes her back to his home, it's like serendipity, I think. Because Meredith comes face to face with her past in the form of Blaine. At first Meredith tries to run away from the situation, but then when she wraps her head around it and sees what's really going on, she decides to play things her way, knowing what will happen going in. Or so she thinks. What happens, is beyond her wildest dreams coming true, and it's real for all of them. Charlie and Blaine come to terms with everything going on with them and recognize that they can't, and won't make it without Meredith. There is some seriously hot stuff in here people. Meredith finally comes lean about all of her past to Blaine and Charlie, and there are a few other things that happen. But really excellent book. Well written, the characters were fantastic, the story line believable and sexy as hell. I'm definitely going to have to go back and read more of Samantha's work. I couldn't put it down. 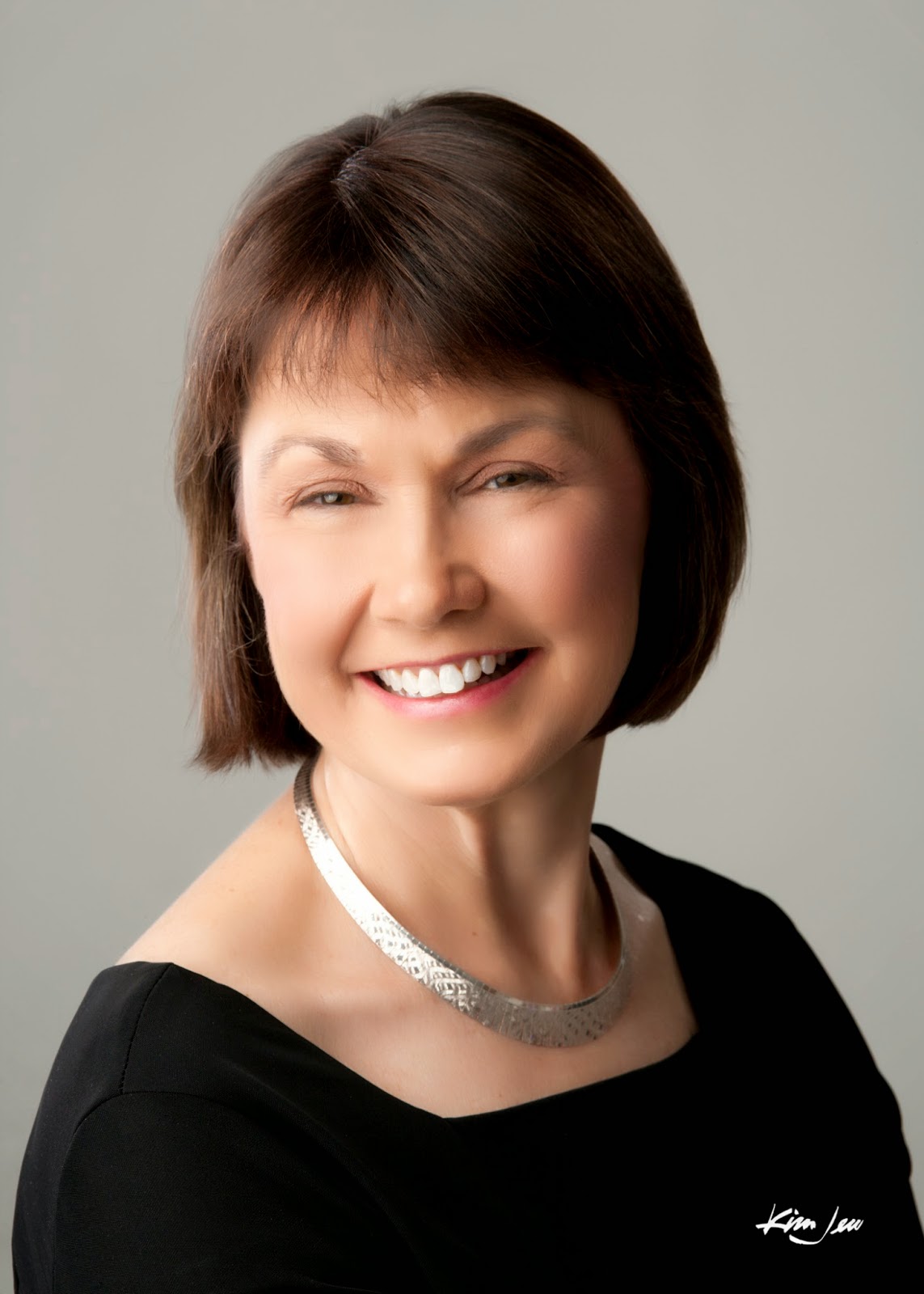 Samantha Ann King was born and raised in Houston, Texas. After receiving her BBA in Finance from Texas A&M University and marrying her high school crush (notice she didn’t say sweetheart), Samantha relinquished her “native Texan” status and moved to Baton Rouge. She has called Albuquerque, New Mexico home since 1985. The mother of three has volunteered in the community as an advocate for children’s issues ranging from education to healthcare. In 2010, as her nest started to empty, she began writing erotic romance. Thanks to her win in Passionate Ink’s Stroke of Midnight Contest, Samantha signed her first publishing contract in 2011. Her first book was nominated for RT’s 2012 Reviewers’ Choice Award.