Siobhan Gallagher has just started her senior year at the University of Southern California. She has her best friend and her boyfriend of five years by her side. As the countdown to graduation begins, her world comes crashing down when her boyfriend confesses that he has cheated on her. Her past has shown that love is volatile, but she had hoped that this time would be different. Siobhan becomes a cynic - doubting the existence of love. She vows to never give her heart to another.

In walks Professor Michaels. He is a sexy billionaire playboy who limits his encounters to one night, maybe two. His jaded past and multitude of secrets shapes his aversion to love and relationships. He makes no promises of forever. Offers no apologies for his preference for variety. When he first meets Siobhan, the attraction is mutually instantaneous. He knows she is supposed to be off limits, but he has never denied himself of something he wanted.

Siobhan and Professor Michaels share the same sardonic outlook on love. What happens when these two paths cross? If they give into this forbidden attraction, can they both come out on the other side unscathed? 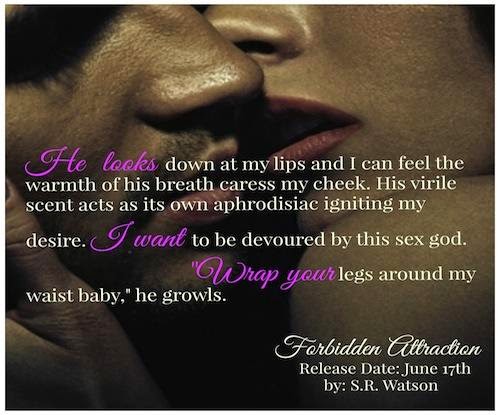 I look over at the professor whispering to his date and decide it’s either go dance with Jordan or become a third wheel to these two. “Sure.”

I take my time getting up, both to let him have a full view of my ensemble and to get my equilibrium before attempting to walk in these heels. After I feel steady and confident in my walking ability, I put an extra sway in my hips as I sashay away.

We head inside to the dance floor and I am instantly lost in the music. The crowd swallows up Jordan and I can no longer see her, but this does not stop the gyration of my hips. I suddenly feel a hard body pressed against my back and strong hands grip my waist. He smells heavenly—a delicious blend of woodsy and spicy. He’s riding my rhythm with his hips attached securely to my butt. I feel his erection, fueling my grinding, knowing I’m causing this reaction. My eyes are closed and I tilt my head back against his chest. In this moment, I feel sexy and desired. I resist turning to look at him to avoid spoiling the fantasy.

I feel this stranger’s breath on my ear before he nibbles on my neck. I let out a gasp and he grinds himself into me more.

“Such the temptress. I keep losing my self-control around you,” he growls.

“Grayson, please. I’m not your professor here.” He spins me around to face him while slipping a knee between my legs. “I enjoyed that little show you put on by the way.”

His hands are planted firmly on my butt now as he grinds me against his leg. My dress is riding up and I am afraid that any minute my bare ass will be on display for all to see.
Feeling the hem of my dress rise, Grayson tugs it down and holds it in place without stopping his newfound rhythm. His cerulean blue eyes darken with lust and my nipples pebble against his chest. We stare intently at one another while the music fades in the background. “Where is your date?” I ask.

Author S. R. Watson is a Texas native who resides in Houston with her husband and four children. She is an operating room nurse evolved into an author of Erotica and New Adult. She grew up reading the Sweet Valley series (Twins, High, & University) among others. Her mother bought these books for her to encourage reading. Back then she would use notebook paper to create stories and cut pictures out of her mother’s JC Penney catalogs for the characters she wanted to portray. She ventured away from reading and writing stories when she left home for college to pursue her BSN and then MBA, but picked up reading again two years ago. Her love for the stories written by her favorite indie authors made her decide to pursue her own dreams of writing. Forbidden Attraction is the start of this journey and she looks forward to sharing it with everyone.

When S.R. Watson is not writing, she likes to read, listen to various genres of music, make handmade natural soap, and travel. She is down to earth, loves a nice glass of wine, and is addicted to watching the television series Scandal.

5 stars
This was a very well written book about a subject that is taboo, but in this situation I don't see a reason for that. Yeah, he's her professor, but they keep thing legit and they're both adults. I would have a problem if he were using her grades or something like that, but those conversations never entered their life at all. They kept thing in the classroom separate from their private lives, as it should be.
I really liked Siobhan/Shiv and Grayson together, they were doing well enough on their own I thought. There are two people who would make this an issue and sure enough, the one who knew about their arrangement stepped forward and made an issue out of things. Shiv had tried to tell him that the person in questio was in love with him, but he just refused to see what was in front of his eyes.
Okay, let me backtrack a little here, Shiv is in her Senior year of college. Her boyfriend of 5 years broke up with her shortly after classes began. Asshat. Shiv is trying to get over him and when Grayson offers his arrangement to Shiv, she does her best to take it as face value and use the situation to get over her past. The main problem with that is that Grayson keeps blurring the lines, which confuses Shiv, because he does things that don't fall within their arrangement or are clearly outlide the lines of what should be. I understand her confusion and agree with her wholeheartedly when she decides to end it. Things have gotten too complicated, and one person is going out of their way to make sure that Shiv thinks that she never has/had a chance with Grayson. Then there are the disturbing phone calls and the thing that led to her accident.  I hated that Shiv thinks that Grayson chose someone else over her, because if she would have been listening, really listening, that's not what he said.
This book ended in just the right place, I think. It can be considered, at this point to be a book that doesn't have a happy ever after. But for the most part things are as they are in real life, some questions just don't get answers and you have to deal with that. I am looking forward to the next book to find out what happens next, because it should be really good, if this book is any indication of how Ms. Watson can write a great story. I can't wait! I really mean that - when is the next book due out? I'll be waiting. 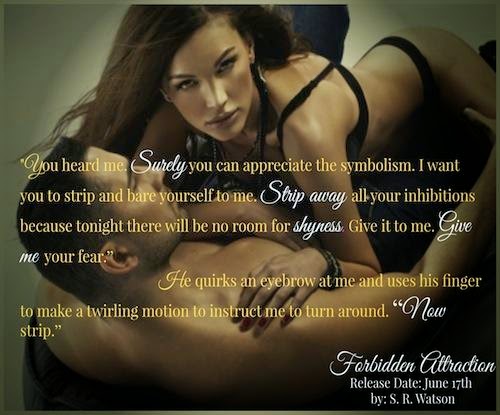