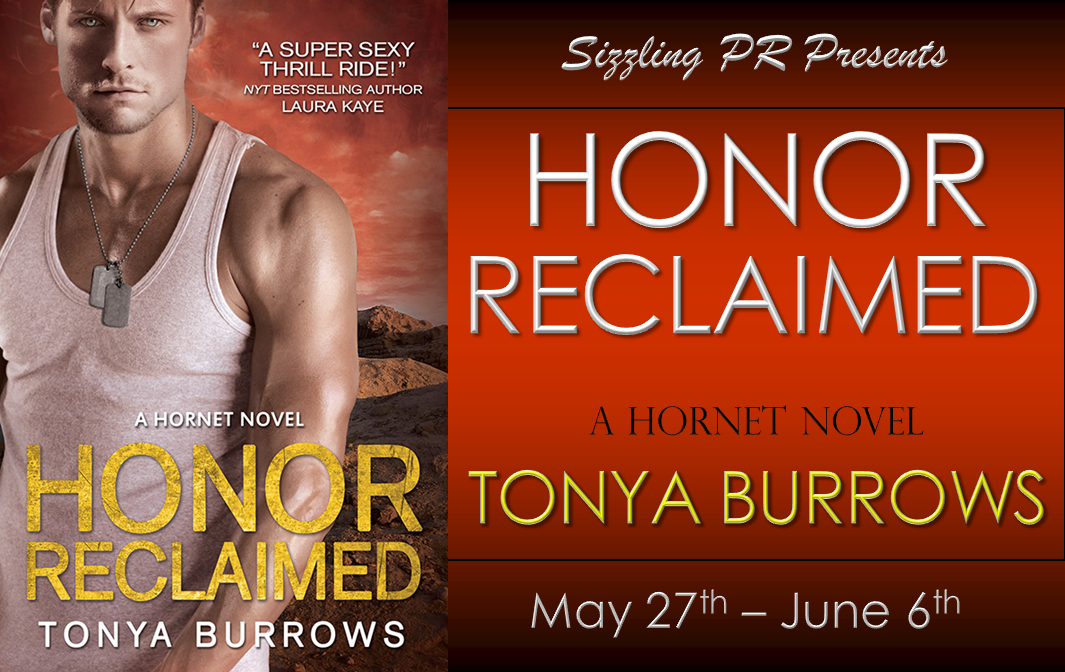 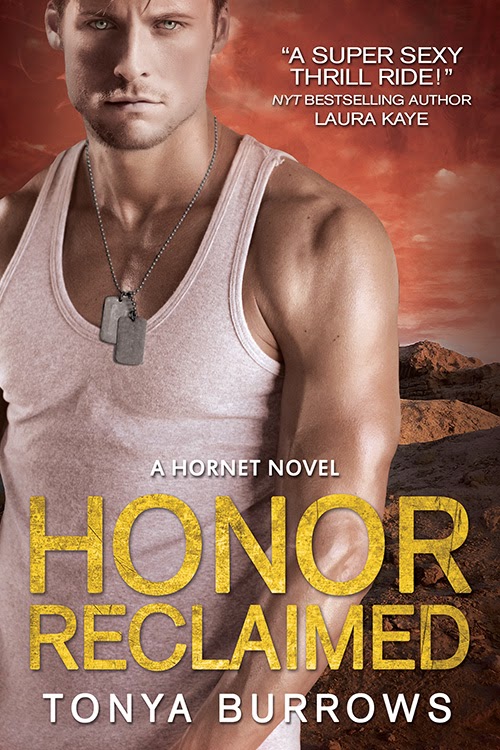 Synopsis:
Former Marine scout sniper Seth Harlan is new to HORNET and anxious to prove he can still do his job despite an ongoing battle with PTSD. He remembers all too well what it's like to sit inside an enemy camp, praying for rescue and waiting for death. So when a black ops soldier contacts HORNET to rescue a buddy who was left behind, all sorts of nasty memories strain his newfound stability.

When an interview with a runaway Afghan child bride leads photojournalist Phoebe Leighton to an arms deal involving a suitcase bomb powerful enough to wipe out a mid-sized town, she realizes this is one battle she can't win on her own. Forming an unlikely alliance with a ragtag team of military and government delinquents, she meets Seth, a sniper carrying as many emotional scars as physical, who impresses her with his steely will and ignites passions within her she thought long dead.

Suddenly this mission is about a lot more than an abandoned soldier. Racing against the clock, Seth, Phoebe, and the rest of HORNET struggle to stop that bomb before it reaches it's final destination: The United States.

My Review: 5 stars
This was a really awesome read. It deals with the reality of what our soldiers do have to learn to cope with after being in a war zone, and beyond. I loved Seth and everything that he stood for and endured. He is an amazing guy. There was a lot of action in this book, and that was fantastic. I loved that Phoebe was able to get through to Seth and be there for him in a way that no one else could or will be. I thought Phoebe was pretty amazing, doing what she does and then taking that a step beyond in working with Seth's team. The chemistry between Seth and Phoebe is awesome, and I loved it! Seth deserves a good woman in his life and Phoebe is up for it. Win/win. I loved the story line, the characters were very real, and that just made this book even better for me. It's the second HORNET book though, so that means I'm missing the first and have to go back and read that one! Fantastic job all the way around Tonya!

Author Bio:
Writing has always been my one true love. I wrote my first novel-length story in 8th grade and haven't put down my pen since. I received a B.A. in creative writing from SUNY Oswego and I'm now working on a MFA in popular fiction at Seton Hill University.

When I'm not writing, I spend my time reading, painting (badly), exploring new places, and enjoying time with my family. Give me a good horror movie over a chick flick any day. (And, let's be honest, I'll take a bad horror movie too!) I'm a geek at heart and pledge my avid TV fandom to Supernatural and Doctor Who. I'm also a big fan of The Voice. What can I say? Guilty pleasure.​​

I share my life with two dogs and a ginormous cat. I'm from a small town in Western New York, but I suffer from a bad case of wanderlust and usually end up moving someplace new every few years. Luckily, my animals are all excellent travel buddies.