Rules of Survival by Jus Accardo with Review 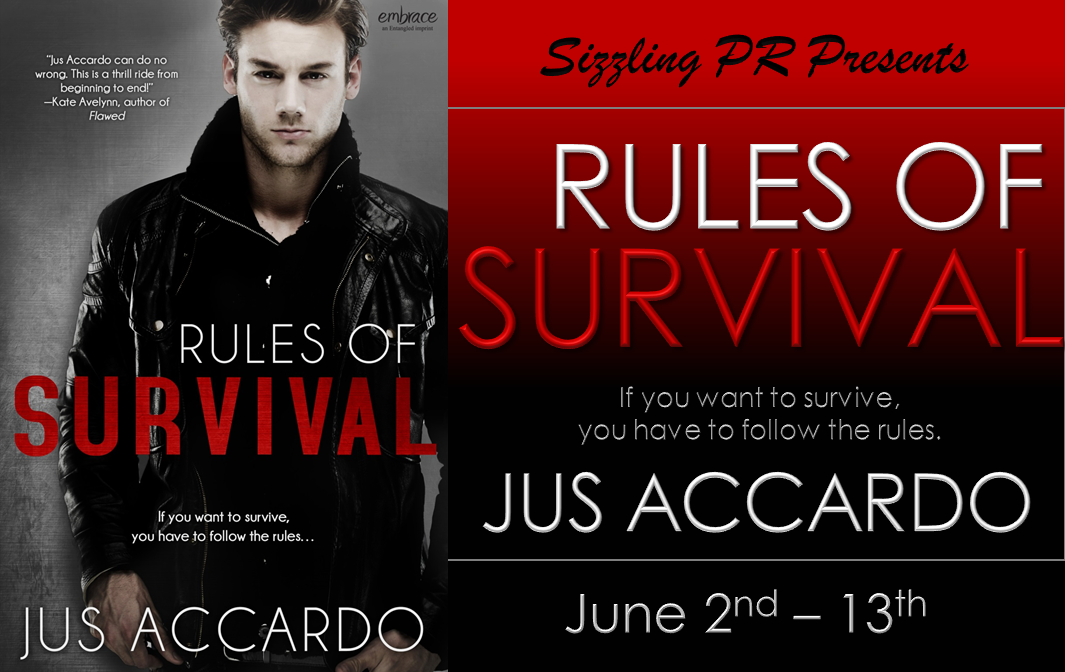 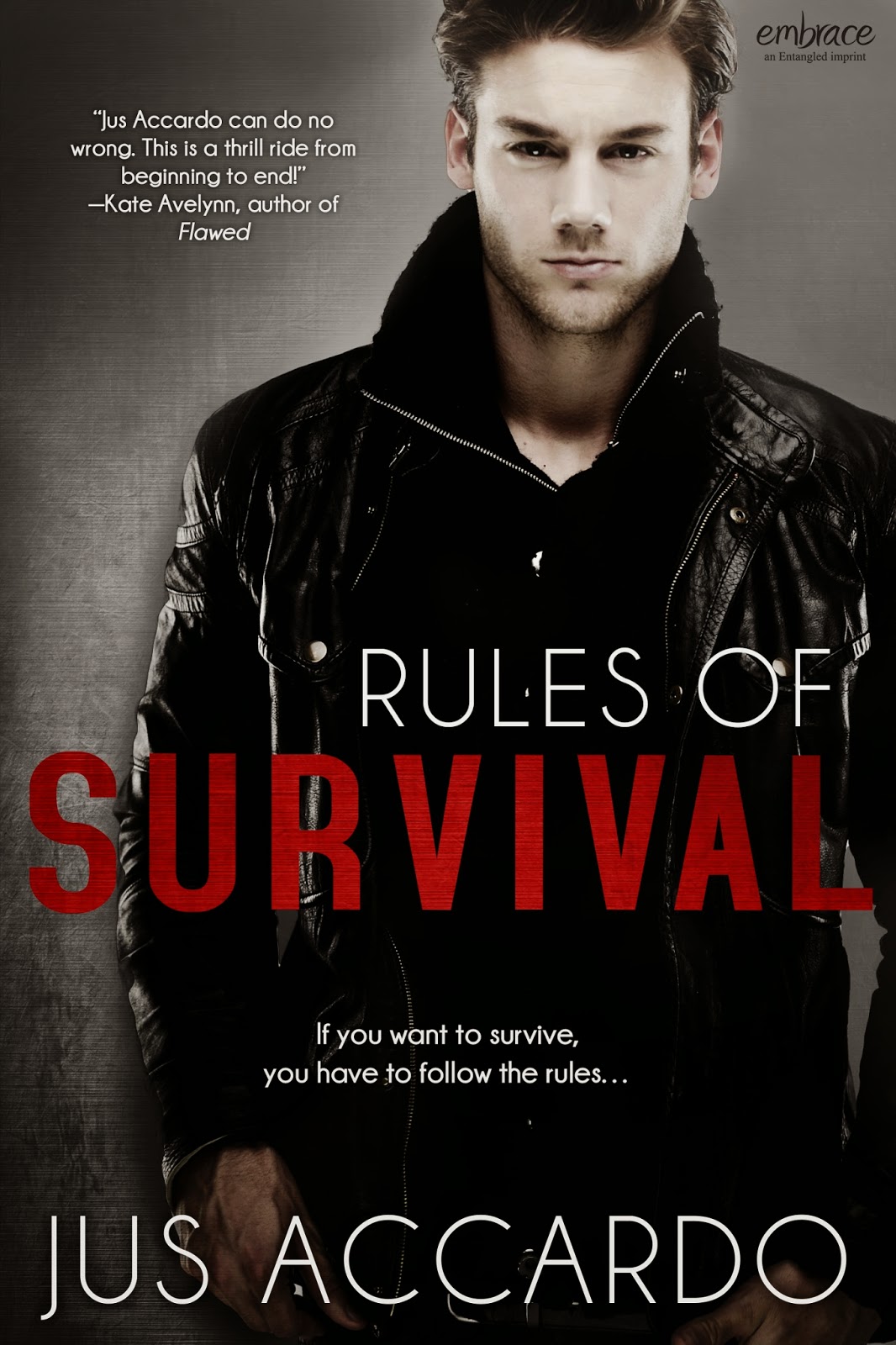 Tagline: If you want to survive, you have to follow the rules
Book Synopsis: Mikayla Morgan is wanted for her mother's murder. She's been on the run for almost a year now, avoiding not only the police but the real killer. Tired of running and desperate to clear her name, she breaks one of the most sacred rules: never return to the scene of the crime.
Every bounty hunter on the Eastern Seaboard is after the Morgan girl—but Shaun Denver and his partner snagged her. She's a piece of work, and Shaun can't decide if he wants to kiss her or kill her. When things take a sharp turn south, Shaun does the only thing he can think of to keep her close—he handcuffs them together.
As the danger mounts and the killer closes in, the chemistry between them threatens to explode. Shaun and Kayla will need to break all the rules if they hope to get out of this alive.
Goodreads  Amazon  Barnes & Noble  Entangled

My Reivew: 4 stars
This is the first book that I've read by Jus and I only now realized what a large back list of titles she has available. This was a really good read, with lots of action and some amazing chemistry between Shaun and Kayla. Kayla's on the run for her mom's murder that she didn't commit. She's trying to stay one step ahead of everyone, while keeping herself alive because she knows she's next if found. Shaun and Kayla get handcuffed together and that is sometimes brilliant, and sometimes super frustrating at moments since that decision was made. I enjoyed the rising tension between Shaun and Kayla once handcuffed together, as well as the easy back and forth they had. I really enjoyed the end of this book and am looking forward to reading more from Jus. This book had a little of eveything; seriousness, laughter and funny moments, sexy bits all while maintaining a fast pace that moved things along nicely.

Author Bio:
JUS ACCARDO spent her childhood reading and learning to cook. Determined to follow in her grandfather’s footsteps as a chef, she applied and was accepted to the Culinary Institute of America. But at the last minute, she realized her true path lay with fiction, not food.
Jus is the bestselling author of the popular Denazen series from Entangled publishing, as well as the Darker Agency series, and the New Adult series, The Eternal Balance. A native New Yorker, she lives in the middle of nowhere with her husband, three dogs, and sometimes guard bear, Oswald.