Synopsis:
A haunted past, a marriage of convenience...a love for a lifetime?

After a tragic accident leaves Loyal Redfearn alone and pregnant, she writes to her deceased fiancee's ne'er-do-well brother, August O'Dell. Her hope is he'll save her beloved home. What she doesn't expect from him is a proposal so soon on the heels of his brother's death.

Although they grew up together, she's never thought of August as the man she would marry, even as a means to save  face with her family and friends.

Although returning to the township where August spent his troubled youth means facing the past, he sees an opportunity to redeem himself in the eyes of the woman he's loved since boyhood. They agree the marriage is in name-only, but August works to earn Loyal's trust and waits for the day she'll see his hard work as proof that she didn't marry the wrong brother after all.

When evidence from a crime committed years ago points to August as the culprit, he and Loyal must face the reality that their newly forged family may be torn apart. 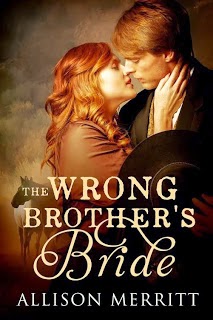 “August?” Her eyes were dry, although there was a wobble in her voice. “Do you want to marry me?”

Yes. He almost blurted it out without thinking. “I said I would.”

“But do you want to? Or do you feel it’s your duty?” She tilted her head and he felt as though she could see the feelings he was hiding.

“It’s not a hardship.” She was pretty and her laughter made the world brighter. Suddenly he realized she’d put off agreeing to marry his brother until she found out she was carrying his child. “If someone else was asking, would you marry him?”

She looked around the room, her face softening. “I love this house. I remember when he built it and I feel as though I know every board and nail. I always wanted to belong here. I accepted your offer. Wouldn’t matter if some exotic prince showed up and professed his undying love. He couldn’t give me this farm.”

August ducked his head, hiding a smile. That was Loyal, forever talking about fairy tales and the books she’d read. She’d always carried a novel, never a manual about crops or animal husbandry, or anything related to farming. But he wasn’t a prince by any stretch and the world never failed to remind him.

“He could give it to you, if the price was right.”

She looked stricken. “Don’t you dare tell me you’d sell this farm. This was Jeremiah’s dream.”

“I just meant—never mind. You were supposing about princes and I was going along with it.” His sense of humor was about as wet as last year’s corn husks. He kept forgetting she wasn’t used to it. “I won’t sell the farm.”

Not if she loved it as much as she claimed.

“Good, because if I have to climb on the mower or plant every kernel of corn myself, I’ll see it done. I want to live here until I’m too old to get off the porch without help.” She lifted her chin in a stubborn way that made August smile.

“Guess I know how much work I have ahead of me, then. Enough to last the rest of my life.” He pushed his chair away from the table. “Go on with the churning. I’ll see you come suppertime.”

All the work would be worth it if someday she understood he’d done it for her.


My Review: 4 stars
This was an interesting read for me. I had thought it was set in this time, but it's a historical and I don't do very well with those. Regardless, this was a sweet story about the strength of a man's love over time and the woman who came to love him in return. August has loved Loyal for a long time, but he never said anything because he knew she loved his brother and they got married. When August's brother dies and leaves Loyal pregnant, August does the right thing and comes back home to marry her and take care of her, as his brother would have wanted. Cause that's just how they rolled back then. Family was expected to step up and take care of wives left behind, if they could. I felt for August because he went into the marriage with feelings for Loyal that he wouldn't act upon. Loyal, for her part is still grieving her husband, and doesn't see what most everyone else does. Loyal and August's story is sweet and pretty realistic for back then. I was glad when Loyal finally started standing up for her now husband, August. The end was great and I really enjoyed reading about August and Loyal getting to know each other in a meaningful way. If you love historical romances, this is a really good book, you should check it out. The story line was very believable, and the characters very well written and likeable.

A love of reading inspired Allison Merritt to pursue her dream of becoming an author who writes historical, paranormal and fantasy romances, often combining the sub-genres. She lives in a small town in the Ozark Mountains with her husband and dogs. When she's not writing or reading, she hikes in national parks and conservation areas. Allison graduated from College of the Ozarks in Point Lookout, Missouri with a B.A. in mass communications that's gathering dust after it was determined that she's better at writing fluff than hard news.