Cover To Covers by Alexandrea Weis with Excerpt & Review 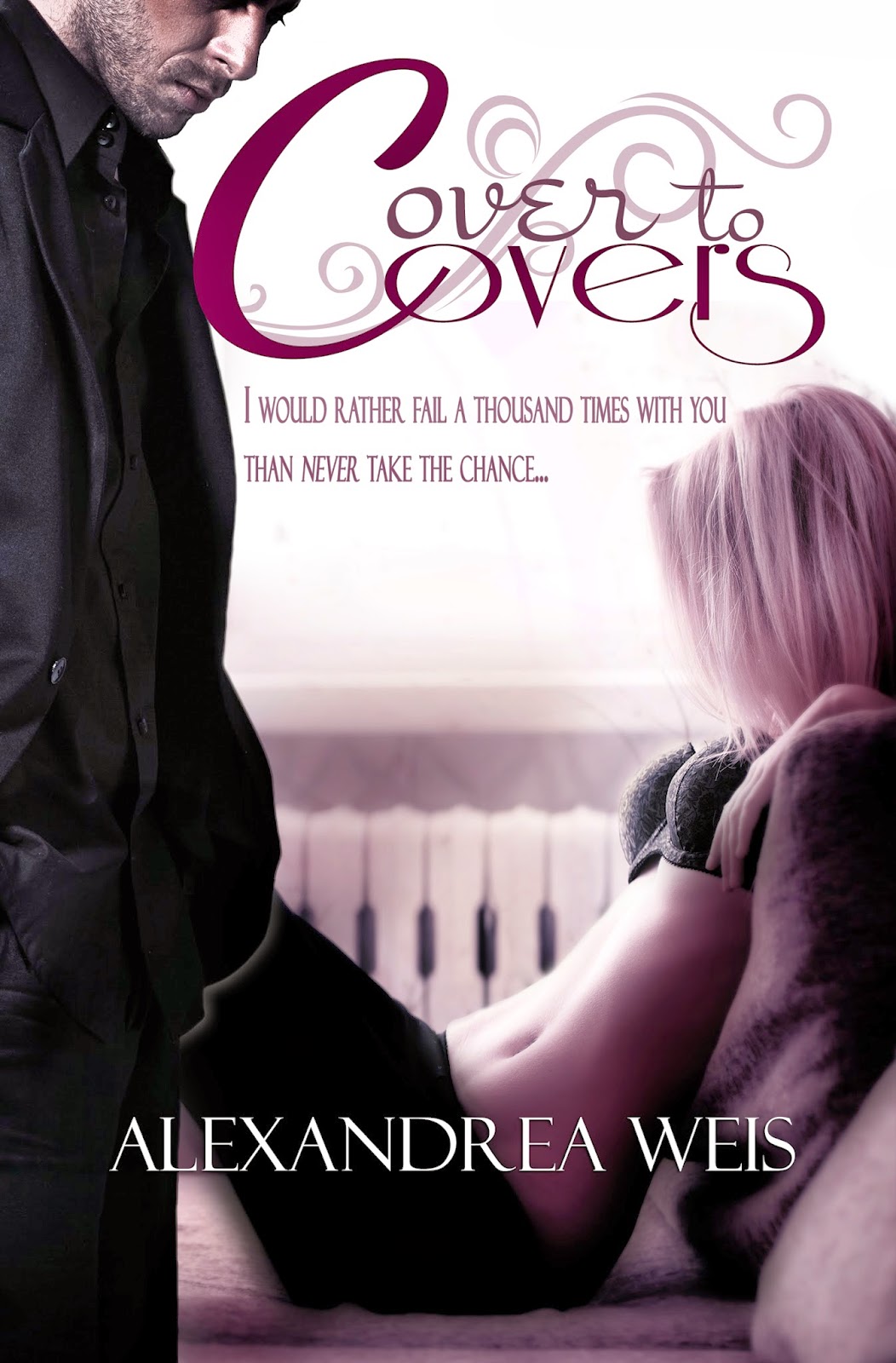 Book Description:
A man driven by his desires

Tyler Moore is considered cold, ruthless, and determined to get everything he wants. CEO of a flourishing oil company, he thrives on order and never gives up control to anyone.

The woman from his past

Monique Delome has left her unhappy past behind to pursue her dream of becoming a writer. Love is something she believes is better suited to the pages of her novels and not meant for real life.

Whether in the boardroom or the bedroom, Tyler Moore is always in charge. But when Monique Delome walks back into his life, everything changes. A successful romance author, all the sexy leading men Monique writes about strangely remind everyone of Tyler. Intrigued, Tyler sets out to seduce the one woman he could never forget. Soon Tyler gets more than he bargained for, and his grip on his well-ordered life is turned upside down.

Tyler Moore is about to find out what happens when a romantic tale jumps from the pages and comes to life between the sheets.

Excerpt:
“If I can be of any further assistance, Mr. Moore,” a peppy blonde with too much black eyeliner said to the man in the impeccably tailored, dark blue Hugo Boss suit. “Please, let me know. I have your suite key.” She pushed the white key-card over the surface of the front desk. “Your usual order of Veuve Clicquot and strawberries will be waiting in your room,” she added with a welcoming smile.
The self-assured gentleman removed his dark Porsche sunglasses and let his deep-set dark brown eyes linger over the young woman’s attractive face. “Afraid I won’t be needing that this time, Missy,” he murmured, getting a glimpse at her nametag.
“Oh, I’m sorry, Mr. Moore. I was informed you are always to have a bottle of Veuve Clicquot waiting in your room whenever you stay with us.”
Wandering over Missy’s stout figure, his eyes fixated on the way her blue blazer clung to her ample bosom. “I usually do when I’m staying here for a relaxing weekend. This time, however, is all business.” He placed his sunglasses in his jacket pocket.
Missy leaned forward, revealing her cleavage as her blue eyes meandered up and down his body. “I am very sorry to hear that, Mr. Moore.”
The flirtatious pout that puckered her red lips made Tyler Moore wipe his hand across his chin, attempting to hide his cocky grin. At six-foot-one, with black, wavy hair outlining his chiseled cheekbones and determined, square jaw, he was used to getting such suggestive looks from the opposite sex. But he knew that looks could only get you so far with a woman.
“How sorry are you?”
Missy’s eyes popped with interest. “I…I’m not sure what you mean, Mr. Moore.”
“How sorry are you that I won’t be having any fun this weekend, Missy?”
She fingered the lapel on her blue blazer adjacent to her right breast. “I would hate to think your stay here would only be about business, Mr. Moore. If there was anything I could do to change that….”
He felt a kick of satisfaction as he gazed into her hopeful eyes. “Perhaps you might come up with a few suggestions of other ways I could spend my weekend in your wonderful hotel? We could go over them later…at the bar, after you get off work.”
The pale blush blossoming on her cheeks was so becoming that Tyler almost began to believe their playful repartee had been worth the effort.
“I’ll think about it, Mr. Moore.”
“You do that, Missy. When you have an answer, you know where to find me.” He motioned to his overnight bag and black suitcase by the desk. “Be a sweetheart, and have the porter take my bags to my room. I have to meet a client in the bar before I go up to my suite.”
The flush on Missy’s cheeks was positively radiant. “Yes, Mr. Moore. Right away.”
Tyler turned from the polished reception desk, unable to hide his smug grin. No matter where he went, the lust in a woman’s eyes never got old. The entire episode with the desk clerk had only reinforced his belief that it was his confidence, and not his looks, that always got a woman to give him what he wanted. He had learned long ago that his handsome face could only take him so far in life, and had made a concerted effort to take control of any situation. It was a philosophy he had incorporated into every arena of his life.
“I’ll have to check back in with sweet little Missy. See how she looks without the blazer.” He strutted across the lobby toward the arched entrance of the Rattlesnake Bar.
A warm glow of honey, onyx, and a contemporary Western-theme greeted him as he stepped into the cool bar. Perched on the brown leather barstools, an array of women sipped on a myriad of colorful alcoholic concoctions while trying to chase away the sweltering afternoon heat. Tyler noted how more than one set of eyes turned his way as he strolled up to the bar. He checked his confidence at the door and pushed all thoughts of possible late night hookups from his mind.
His flourishing oil and gas business was always more important than women. Besides, women were nothing more than a distraction at this point in his life. Having just passed the milestone of his fiftieth birthday, Tyler pondered that perhaps it was time for him to stop pursuing such meaningless liaisons and settle down with a tolerable woman who could cater to all of his needs.
“Two divorces is plenty,” he reasoned as he arrived at the onyx marble and teak-topped bar. Lightly stroking the smooth surface of the marble, he remembered many of the encounters he had experienced in that very bar. Snapshots of blurred faces and forgettable names skipped across his mind. Some of the women had been exciting, a few horrific, but none had been…memorable.
You know who was memorable, don’t you, Ty? his inner voice taunted. She was the one you let slip through your fingers.
Tyler snickered at his self-remonstrations. He hated to admit his inner demon was right, but it was. She had happened so long ago, but he found it funny how advancing age only seemed to make the memories of youth more poignant. It was as if growing older brought into focus the emotions that the impetuosity of youth seemed to blur.

My Review: 4 1/2 stars
The thing about this book that struck me right away was the ages of the characters. I really liked that it was about people in mid-life, around my age. Just because you reach a certain age, such as 50 like Tyler, doesn't mean you think you're old. Maybe have gone through a lot, which Tyler has, but you don't think of yourself as old or unworthy of love. Maybe more deserving because of everything you've been through. Tyler was still going through things when Monique re-entered his life. I most definitely enjoyed the fact that Tyler and Monique were both each others "One that got away." I liked Monique right away, she didn't take Tyler's crap back in the day and she wasn't about to start now. Fiesty and able to stand on her own, exactly what Tyler needed. Not another woman out for his money or status like Hadley. I loved how they had to overcome obstacles to get to where they needed to be. I have got to say Alexandrea writes a steamy love scene! Whew!! The story was great, and flowed right from the beginning and kept me there, wanting to know what happened next. It was at times emotional, but that's what makes me connect to the characters. If I don't feel something for them, that's not a good thing. I love reading Alexandrea's writing, it's always interesting and she writes great characters in every novel. 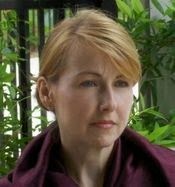 Alexandrea Weis is an advanced practice registered nurse who was born and raised in New Orleans. Her first novel, To My Senses, introduced readers to the world of Nicci Beauvoir and garnered numerous awards and rave reviews.

Diary of a One-Night Stand, was released in August 2012 and was named a Paranormal Romance Guild’s Best Reviewed of 2012. Her last novel, Acadian Waltz was a Readers’ Favorite Book Awards honorable mention winner for Best Contemporary Romance, and finalist in Best Southern Fiction.

A permitted wildlife rehabber with the Louisiana Wildlife and Fisheries, Weis rescues orphaned and injured wildlife. She lives with her husband and pets in New Orleans. 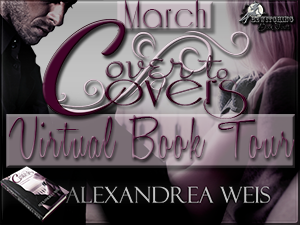