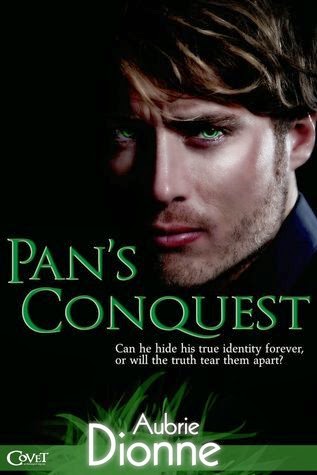 Synopsis
Syrinx pulled a fast one on Pan to escape his raging lust. The God of Chastity wasn't about to break her vows and succumb to his temptations. Transported to the twenty-first century, she runs a florist shop - fulfilling her fake, mortal life. Until the breathtaking Parker Thomas hires her to decorate his grand estate for a gala. Five hundred roses? Easy enough. Except Parker makes her feel things she can't ignore...

As the God of Fertility, Pan is used to maidens flocking in droves to his pastures. So when Syrinx denies him, he's determined to win the one that got away. He poses as a mortal to get close to her, but he doesn't count on falling hard for his conquest - hard enough to make a life and stay.

But Syrinx is falling in love with a man that doesn't exist. Can Pan hide his identity forever, or will the truth tear them apart?

Excerpt:
“Come now.” He winked, and her heart skipped a beat. “I’d hardly call my pursuit of your chastity tragic.”
“Not tragic for you.” Syrinx scrounged up her willpower and inched toward the falls. She glanced at his muscular legs, then wished she hadn’t. A blush burned her cheeks. “Breaking my vow destroys everything I stand for.”
He gave her a suggestive smile and stepped forward. “I’ll make it worthwhile.”
She bet he would. Her mind wandered, wondering what those sinister lips tasted like and how it would feel to be claimed by him. He’d saved the girl, so he wasn’t as evil as she made him out to be. Yet he could have done it just to gain her confidence. Underneath his sly flirtatiousness, who was he? A child of the forest—wild and untamed, fickle and cold as the wind. She’d have him for a day, then he’d be on to his next conquest, and she’d have nothing. Not even her pride.
She didn’t trust him, and she couldn’t trust herself.
Syrinx backed toward the falls. The surge of water roared at her back.
“Please.” Pan held out his hand, and the pain in his eyes tugged on her heart. “Give me a chance.”
“And sacrifice my eternal honor for one night?” She laughed bitterly. “You can never make it worth it.”
Without another word, she spread her arms and fell back, sailing down the falls like an angel falling from the heavens. Adrenaline rushed through her, along with a bubbling sense of freedom and a strong pride in herself. She would not give in to her temptations. She was the goddess of chastity and she reigned supreme.

My Review: 4 stars
I love a good book with mythology in it. This was no different. I loved that Aubrie made it modern and her own. I really liked the attraction between Syrinx/Sylvia and Pan/Parker. I really enjoyed that it was just the bit of mythology, not focusing on that, but on the relationship between Sylvia and Parker. They have a great connection and this was a very easy read. Aubrie did a good job keeping me reading and it was very entertaining. This is also the first book I've read by Aubrie, but I'm gonna keep an eye out for her. 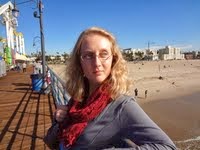 Aubrie Dionne is an author and flutist in New England. Her books have received the highest ratings from Romance Times Magazine, as well as Night Owl Reviews and Two Lips Reviews. She has guest blogged on the USA Today Happily Ever After Blog and the Dear Teen Me blog and signed books at the Boston Book Festival, Barnes and Noble, and the Romance Writers of America conference. Her writings have appeared in Mindflights, Niteblade, Silver Blade, Emerald Tales, Hazard Cat, Moon Drenched Fables, A Fly in Amber, and Aurora Wolf. Her books are published by Astraea Press, Spencer Hill Press, Entangled Publishing, Inkspell Publishing, Lyrical Press, and Gypsy Shadow Publishing. When she's not writing, Aubrie teaches flute and plays in orchestras.