This Girl Stripped by Dawn Robertson with Review 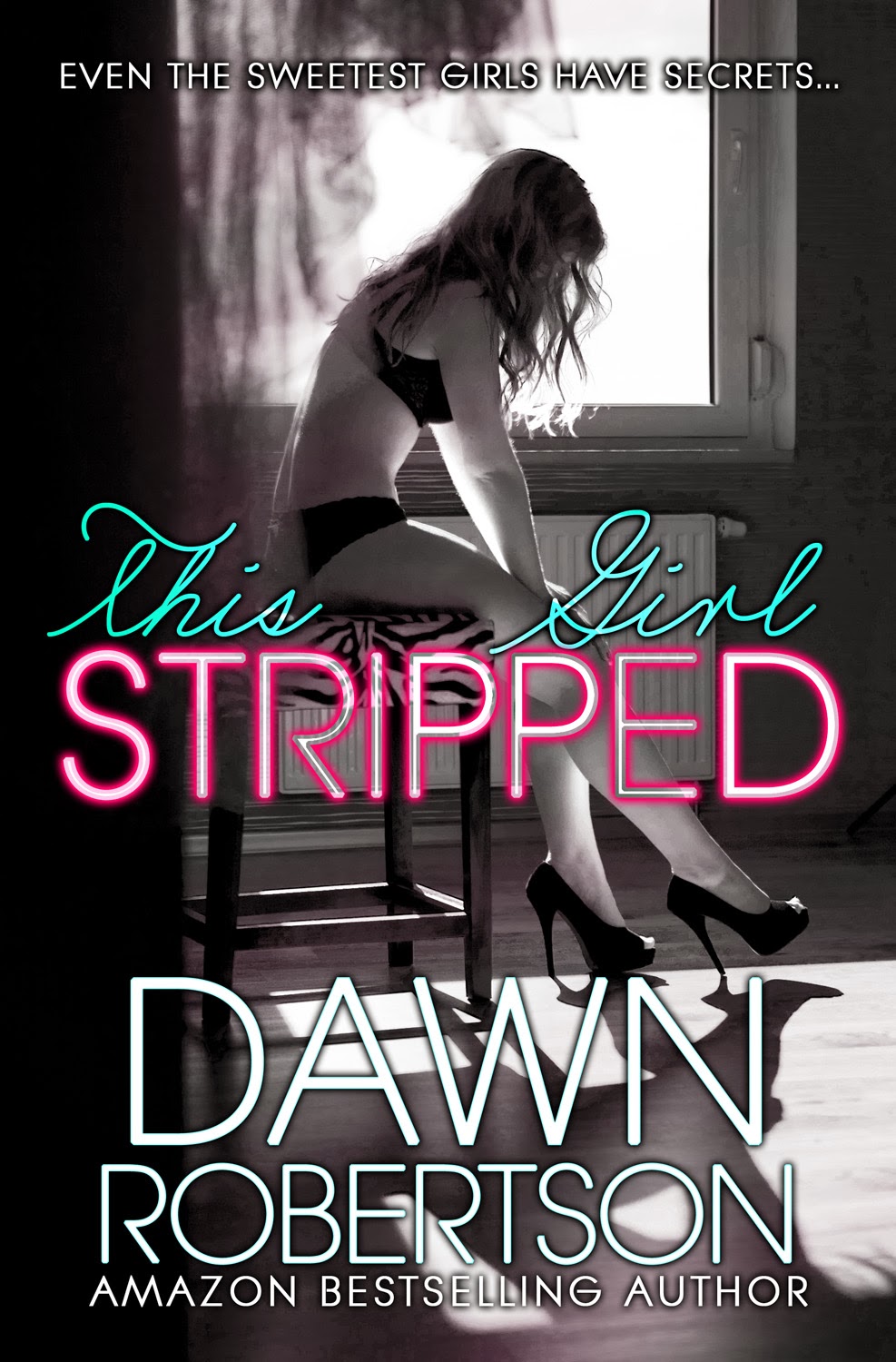 Synopsis:
My innocence was shattered one steamy October night, when I sold my soul to the devil to pay for a week in a dirty motel room.

Thinking I could rid myself of him, I fled the safety of the nomad lifestyle I had embraced my entire life for the security of a small upstate New York town, alongside my big sister Star.

What I never anticipated was a green eyed stranger that would steal my heart and never look back. Completely shattering every wall I put up to keep men out of my vulnerable world.

I am Paisley Bloom, and this is my devastating story. 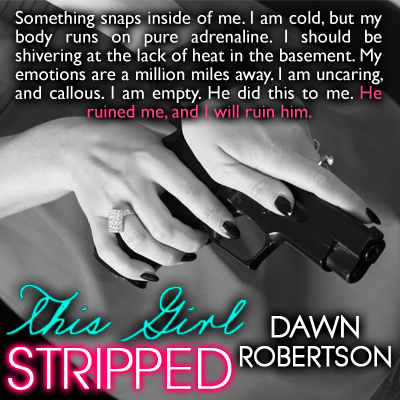 My Review:  5 stars
This was such a good book. There are a lot of things that happen in it. Sometimes, I was like, What just happened? And would have to go back and re-read something. From the start of this series, Dawn has just pulled me in and kept me hooked. This book is just another prime example of why. When I first started reading about what was happening to Paisley, I felt really badly for her. Then things just kept getting more and more messed up. Her relationship with River was one that initially I wanted for her, and thought it might be a good thing to help her get over what had happened previously. Then River pissed me off. Damn that man was moody as fuck. Couldn't make up his mind, at least to anyone watching what was going on, and so Paisley wrote him off. I don't blame her one bit. That's where Diesel came into the picture. Now there was a man who knew what he wanted, and was patient, kind, always there and never pushed Paisley. He let her know what he wanted in no uncertain terms, and said he would let her make up her mind. Then he waited. Paisley fell in love with both River and Diesel, and while things with her and River changed for a short time, he went back into his old patterns and Paisley once again let him go.

She chose to be independent and live alone without either of them to try and sort out her feelings. Diesel in the mean time was there for Paisley in every way that he could be without pushing her. All I can say from that point forward is that what happened for all of them turned out in the best possible way, I think. Paisley had come to a point where she had to choose who would be her future and she chose wisely, because that's where her heart really was. There is a lot that happens otherwise to others in the story, and some is good, some is bad. But Dawn once again kept me hooked until the last page. I loved it, even the heartbreaking scenes, until the end. I can't wait to read the next book in the series, His, and find out what happens with Seven and Levi. Then, in my opinion, we need a book that goes back to Star, Chrome, River, Magnolia & Scarlett. But that's me, I have no idea what Dawn has planned, I just want to know more about them - oh, and Ryker and Journey too. I know, I want it all. Just being honest about it, that's all. 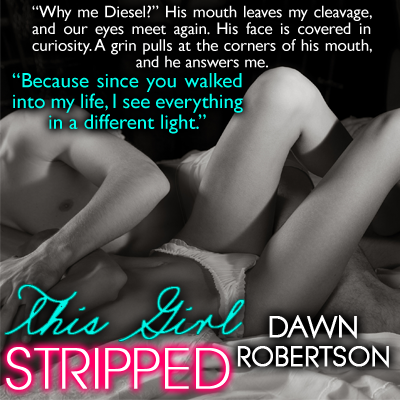 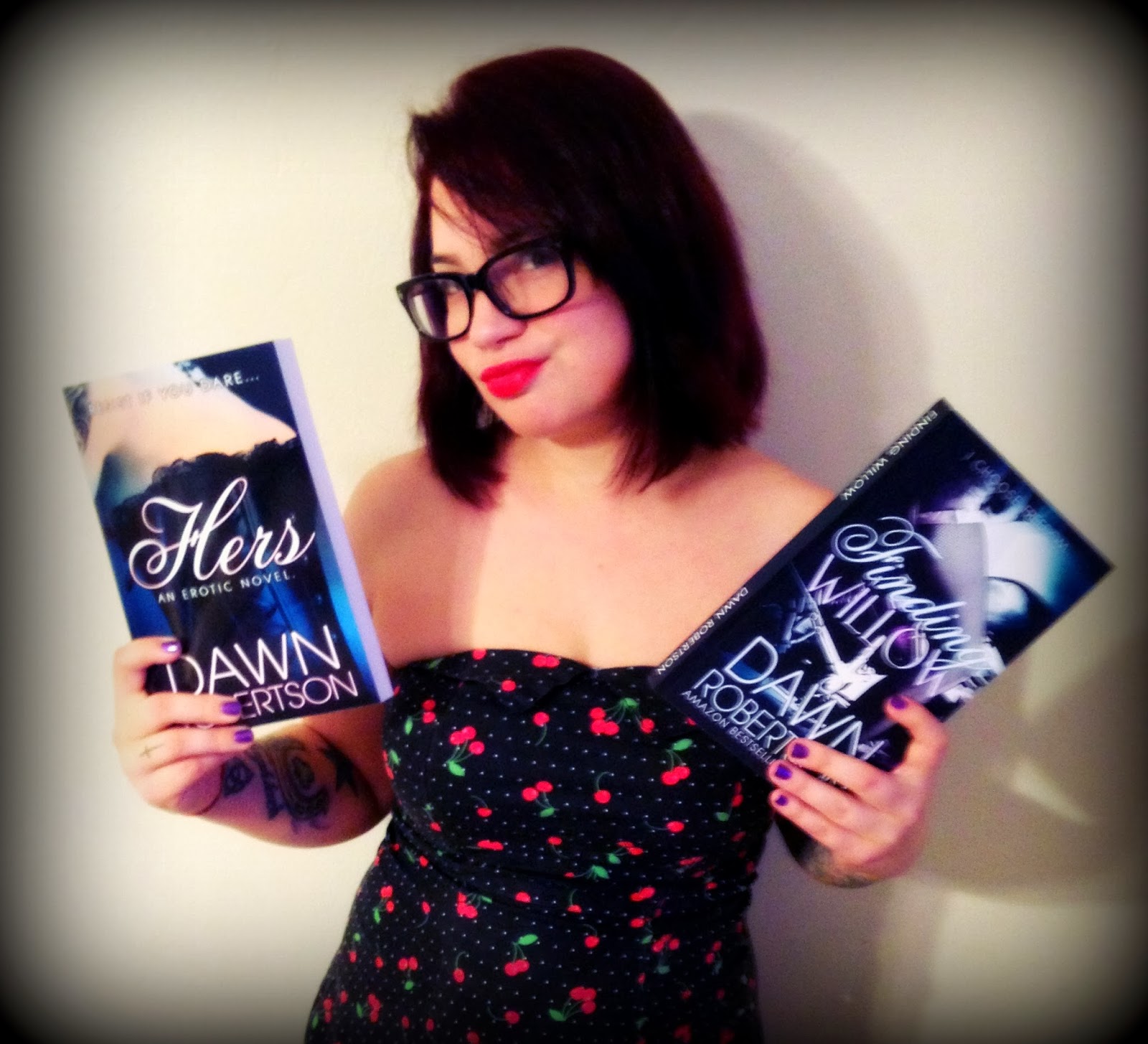 Dawn Robertson is a twenty-something indie erotic romance, and mother.  She lives in sunny senior citizen packed Florida, where she wrangles her kids, and Pitbull puppy.
Dawn can normally be found swearing like a sailor, making late night drive-thru appearances, arguing with her kids (or being run over by their power wheels),  reading a steamy romance while hiding in her bathroom, writing her little heart out on her laptop (or dragging her Macbook to the Genius bar praying they can save her latest work in progress), or sipping on a smoothie. She loves to hear from her fans, readers, and authors alike. Feel free to drop her a message.
Dawn rarely takes life seriously, so be sure to expect heavy sarcasm from her. She is also the life of the party, so be sure to meet up with her at one of the many author events she will be attending in the next couple months. Buy her a shot of whiskey, and she will love you for life.
Facebook: http://facebook.com/authordawnrobertson
Twitter: http://twitter.com/eroticadawn
Goodreads: http://goodreads.com/dawnrobertson