FAKE IT BY JENNIFER CHANCE - TEASER REVEAL AND COVER SPOTLIGHT

Jennifer Chance and Loveswept are thrilled to share the hot cover and first-look teaser of FAKE IT, the second book in the Rule Breakers series published by Loveswept! 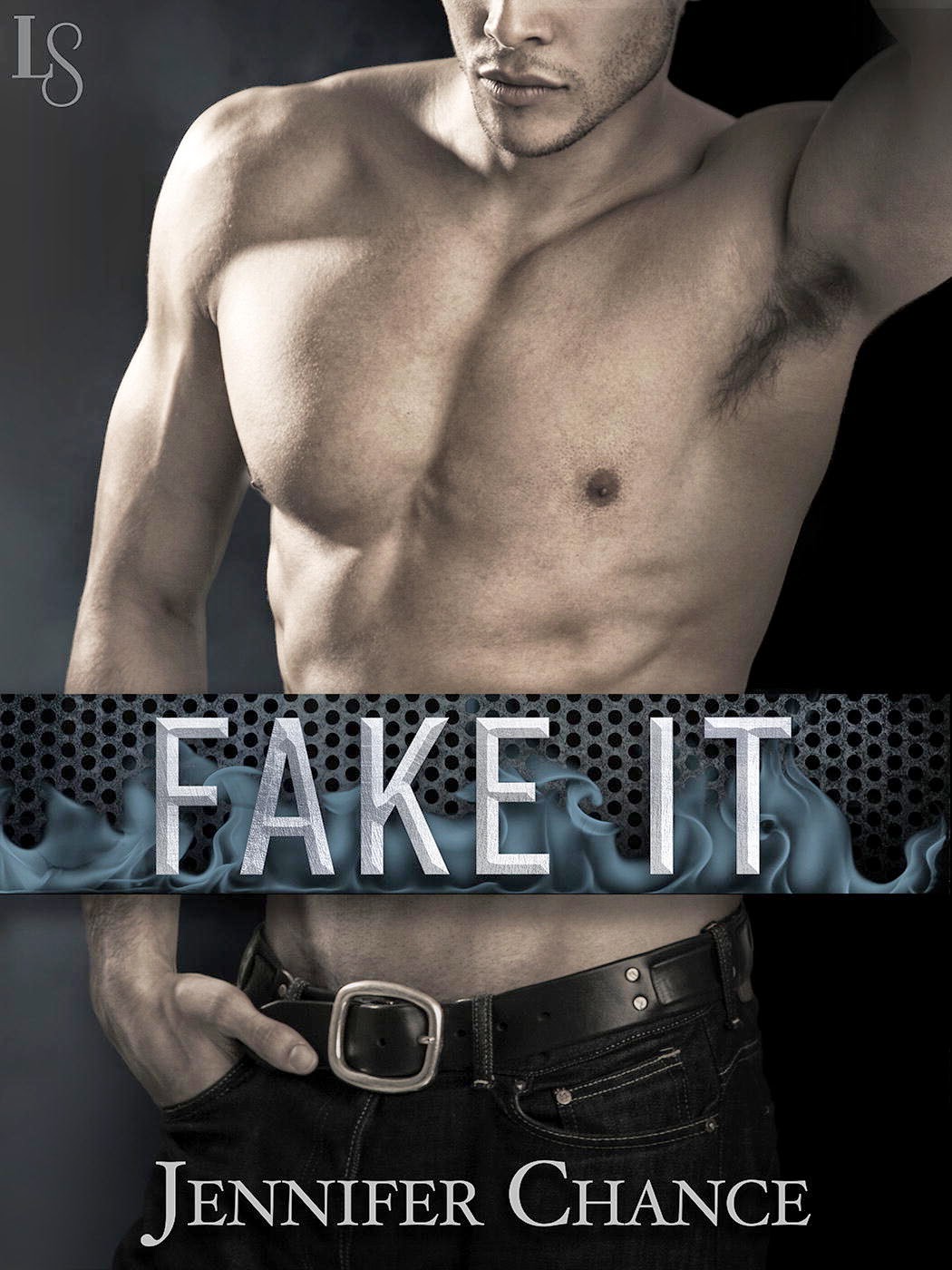 From Jenn: “This cover is perfect for Jake--right down to the biker-inspired smoky blue flame background behind the title. It really shows that Jake and Anna's adventure will be quite a ride!”

Read on for more about FAKE IT and a super sexy teaser!

Find FAKE IT on Goodreads
ABOUT FAKE IT:
As her sizzling new series continues, Jennifer Chance sparks some serious combustion between a sexy biker and a corporate go-getter who’s ready to let her hair down.

New grad Anna Richardson works hard—so hard that she’s given up having a romantic life. Anna has even convinced her friends that she’s dating an amazing guy—who they’ve simply never met. But now Anna has a wedding to attend and needs to produce the hottie she’s been lying about for the past six months. Enter Jake Flynn, her infuriating, motorcycle-riding, jaw-droppingly gorgeous neighbor, who’s more than willing to fake it for a weekend. In fact, Jake won’t be satisfied until things get real.

Though Jake is only playing the role of adoring boyfriend, he’s starting to feel the heat, and judging by Anna’s sweet blush, so is she. Letting chemistry this intense go to waste would be a real shame. Soon, though, the thin line between fantasy and reality fades. Jake may not be what every buttoned-up fast-tracker wants, but he’s sure as hell what Anna needs. And if she takes a ride with him, their adventure never has to end.

“Jake, the wedding would completely suck for you,” Anna protested. “My ex is a nightmare and you would hate all of my friends. You would think the whole thing is ridiculous—because it is.” He just watched her, maddeningly, his smile curving as she tried to sputter out her refusals. “You don’t want to do this. Trust me.”
“I just said I did.”
“But . . . you can’t . . . you wouldn’t . . .” Anna stopped, flustered. What was happening here? Was she actually turning down a viable date? “There’s so much you would have to memorize about Dave. There’s no way you’re going to want to do that.”
Jake just lifted his brows. “You know, for someone who’s just met me, you seem to know a lot about what I would and wouldn’t want to do.”
“I don’t! I mean, I can guess. But I just . . . can’t.” Anna swallowed. “Look, I appreciate it. If I strike out tonight, I’ll call you. How about that?”
“That sounds good.” Jake signaled to the bartender. “So I guess I should make sure you have my number, then.”
“Oh, well yes. I guess. Or, you know, I could just—” Before Anna could complete the sentence, Jake had a pen in his fingers. They were both leaning on the bar, their faces inches apart. He tipped the pen to its side, sliding its base alongside her jaw. The cool metal on her flushed skin startled her, and Anna’s gaze jumped to his. The challenge in his eyes was unmistakable.
“Hold out your hand, Anna,” he said, as if they weren’t in the middle of a crowded bar, in front of everyone.
“That’s not necessary,” she said quickly. “I have other people’s cards—you can just use—just write on one of those.”
His gaze grew hotter, more intense. “That’s no good,” he said. “You might lose it.”
Anna hesitated, then something was triggered deep inside her, and she felt a dangerous flicker of pleasure. She knew that flicker, remembered it from somewhere, even as life and work and responsibility had taught her to keep it doused, out of commission. It had been a long time since she’d let that fire burn.
But now Jake Flynn was positioned in front of her with gasoline and a blowtorch.
Someone cleared his throat beside them, and a disgruntled voice rang out. “Excuse me, I’m Gary, and your friend Lacey—”
“Take off, Gary,” Jake said without turning around. His gaze held hers. “Anna?”
Anna held out her hand, and Jake held her arm steady, cradling it with his fingers. Sensation rocketed through her at the intimate touch, intensifying sharply as she felt the smooth slide of ink on her skin. He wrote slowly, sensually, the pen tracing wickedly silken lines on the hypersensitive skin on the inside of her wrist, all the way down until he reached her palm. By the time he was finished, Anna was amazed she was still conscious. Then he glanced at her.
“Think it’s dry? Or should I blow on it?”

PRE-ORDER YOUR COPY OF FAKE IT – Want more of the Rule Breakers? ROCK IT, the first book in the series, is on sale now! 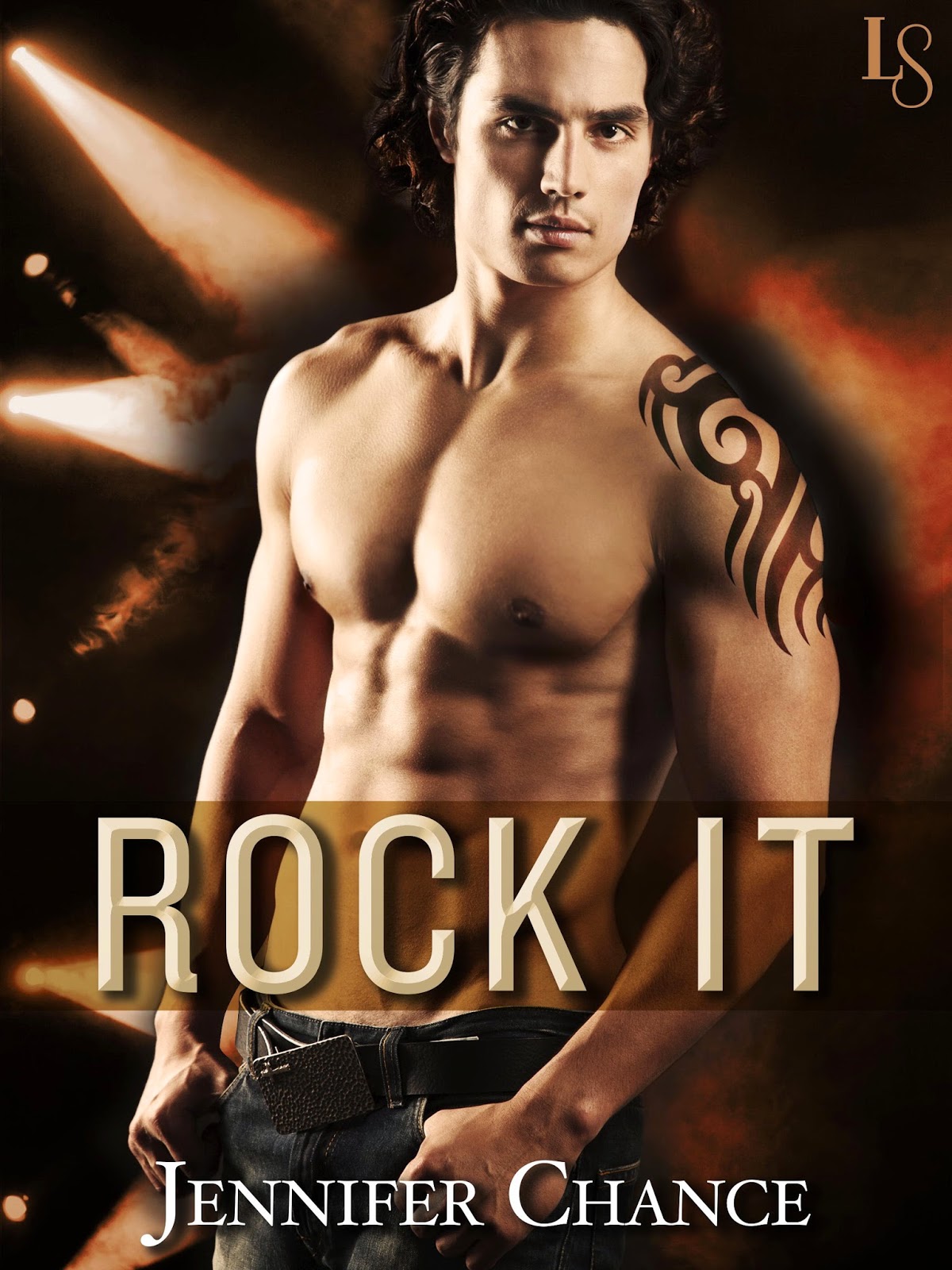 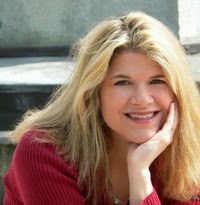 Jennifer Chance is the award-winning author of the New Adult series Rule Breakers. A lover of books, romance, and happily-ever-afters, she lives and writes in Ohio. Visit her website and find her on Twitter.