An Unsuitable Husband
by Ros Clarke 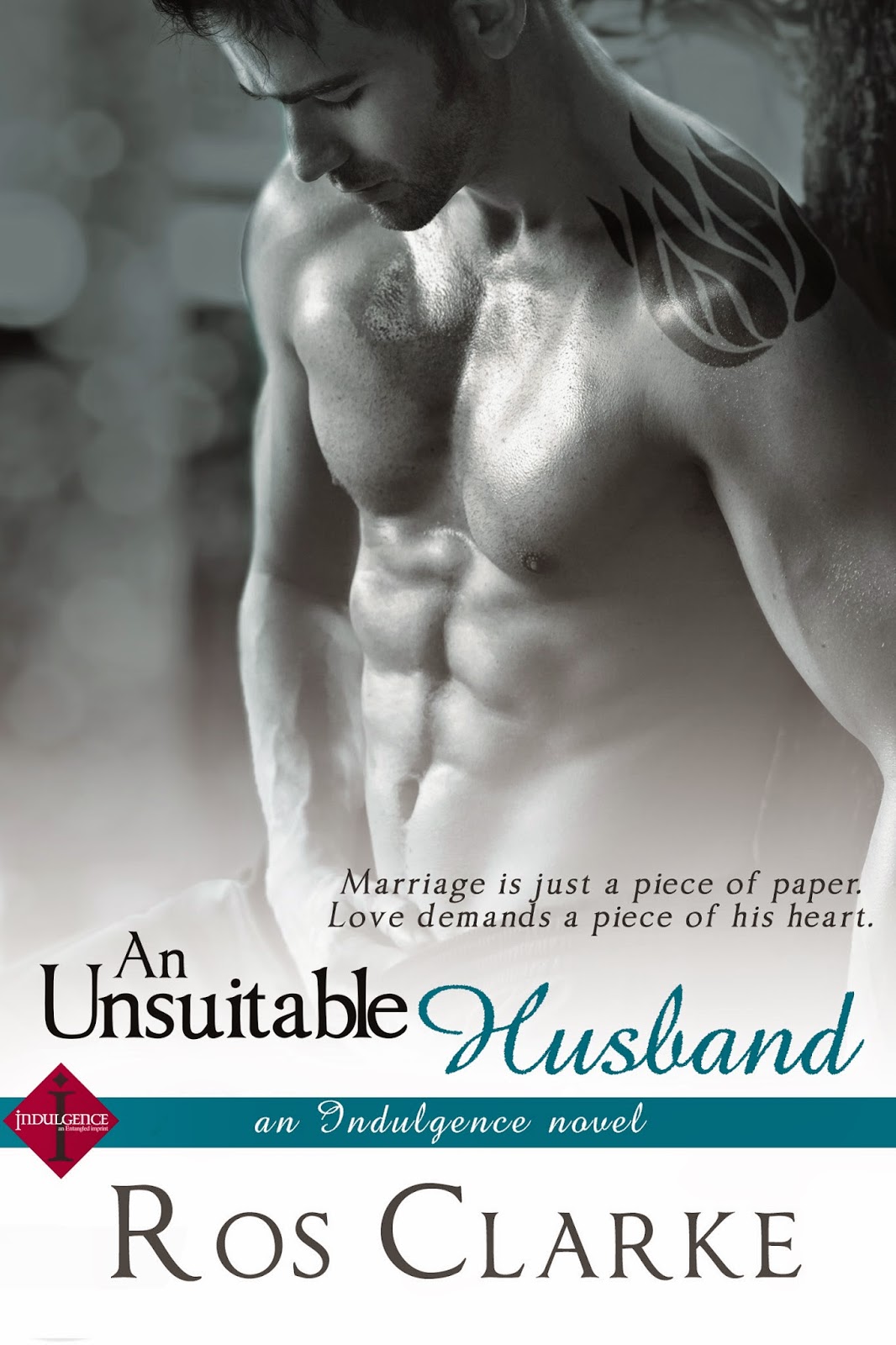 Synopsis:
Theresa Chartley has no time for marriage, and no room for disappointment--especially with French soccer player Emile Renaud. Sure, he’s gorgeous, but he’s wrong for a career woman like Theresa. If only her mother would stop pressuring her to get married and let her live her own life. Finding a very unsuitable husband to shock her parents into silence and put an end to the marriage campaign is the only answer. Emile will do just fine.

Theresa’s outrageous proposal is the answer to Emile’s problem. They’re complete opposites living in different worlds, but a fake marriage will let him ditch his clingy ex once and for all. Then he’ll be free of commitment and free to live his life the way he wants to.
A contract. Twelve months. And they walk away scot-free.  But a year of marriage tests them both in unimaginable ways. Maybe Emile isn’t unsuitable after all, but how can Theresa let herself love him when she signed a contract to let him go?
Goodreads Amazon Barnes & Noble Entangled

My Review: 5 stars
I really enjoyed this book from beginning to end. I liked the concept, even though I've heard it before. This was different because from the beginning it was mutually beneficial to both people involved. I liked that they both enjoyed their beginning, but didn't want to get feelings involved. Once that happened, Emilie recognized what it was they had and didn't want to let Theresa go. He did end up showing that poorly, I thought. Especially since it served to embarrass Theresa and push her further from him. Making her certain that everything was just for show. Theresa wanted to be with Emilie, but after that evening she was pretty much publicly humiliated by him, and tried to walk away before it would hurt any more than it already did.  This was a very enjoyable read and I'm looking forward to reading more from Ros. I had a grin on my face when I was finished and that's always a good thing for me.

Author Bio:
Ros is a writer, a church worker, a crafter, a blogger, a twitterer, a lazy gardener, and an appalling housekeeper. She lives in a sixteenth century shed in England and is very glad that it has twenty-first century plumbing. She is interested in almost everything except cricket and football (US and UK) and mostly she likes happy endings in fiction and in real life. Ros has been writing stories for as long as she can remember, never dreaming that other people would be interested in reading them. A few years ago, she discovered a writing forum on the internet, and has never looked back. Her head, and her hard drive, are full of ideas for fresh, fun, contemporary romances that she hopes you’ll love as much as she does.

Betting the Billionaire
by Avery Flynn 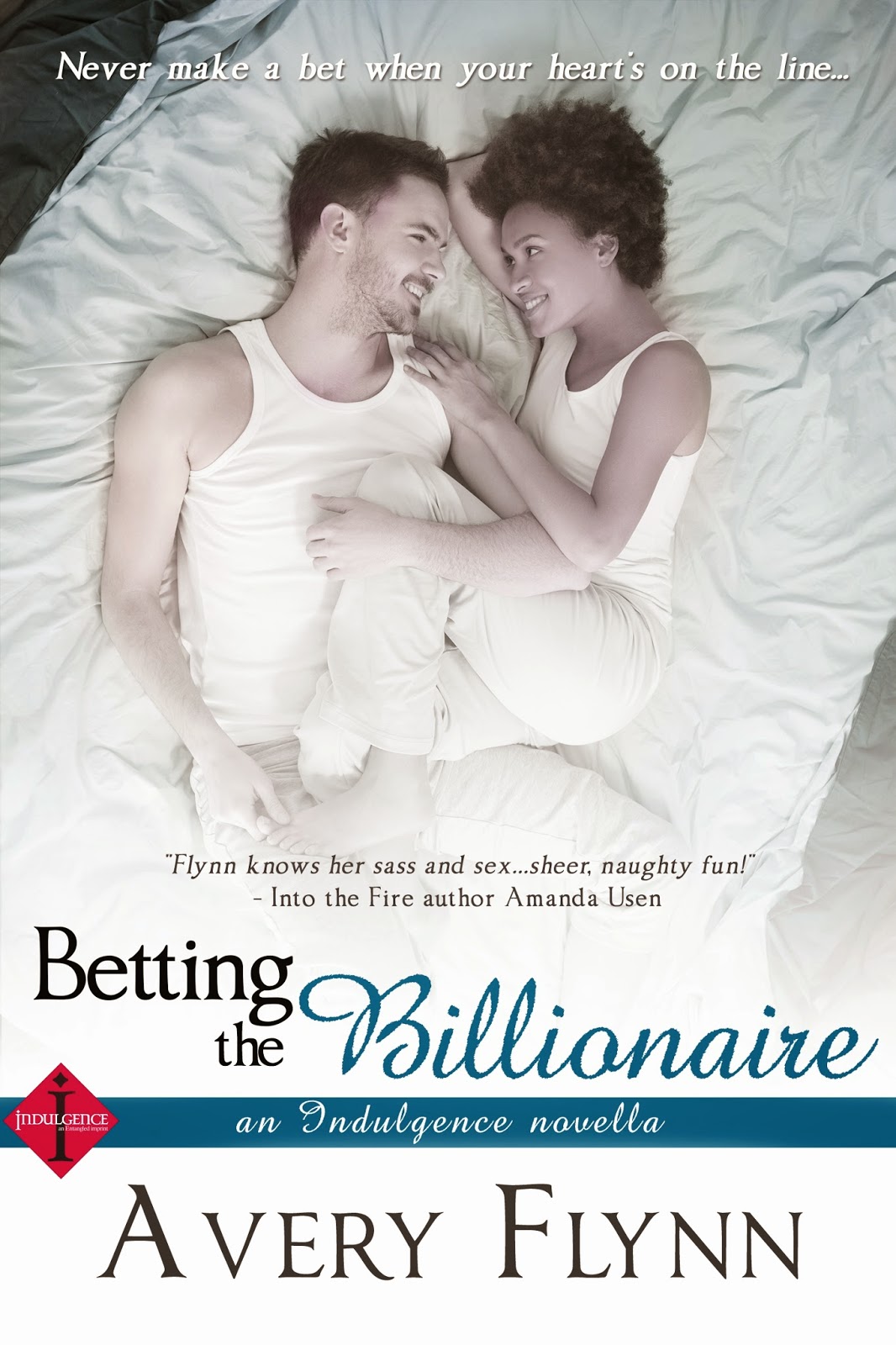 Synopsis:
If that man calls her one more time… So what if Gabe Campos is a model-dating billionaire who gets Keisha Jacobs hotter than a Ferrari’s engine on the straightaway? He keeps pushing her to sell her family’s furniture business, but she’ll never give in—not unless she wants to give her father a second heart attack.
All Gabe should be thinking about is how he’ll finally get revenge on the man who killed his father. But when he meets the man’s daughter, Keisha, instead of focusing on destroying Jacobs Fine Furnishings, he can’t get her warm-whisky voice out of his mind.
Forced by a snow storm to spend the night together, their passion ignites. The next day, however, it’s back to business. The only way Keisha can save her family is to win a bet with the billionaire. But neither realized their hearts are part of the bargain…
Goodreads Amazon Barnes & Noble Entangled

My Review: 4 stars
This was a quick, entertaining read. Things between Keisha and Gabe start off one way over the phone, but when they meet in person - sparks start flying. Gabe is convinced that he needs revenge on Keisha's father for something that happened in the past. However, the longer he knows their family, the more difficult it is for him to want that revenge. Especially when he gets some rather unnerving news and has to go home to face his Mother for the things that he's done. The only question is - will he be back for Keisha or are things between them over. Great story, really liked the characters and the fast pace.

Author Bio:
Avery Flynn has three slightly-wild children, loves a hockey-addicted husband and is desperately hoping someone invents the coffee IV drip.
She fell in love with romance while reading Johanna Lindsey's Mallory books. It wasn't long before Avery had read through all the romance offerings at her local library. Needing a romance fix, she turned to Harlequin's four books a month home delivery service to ease the withdrawal symptoms. That worked for a short time, but it wasn't long before the local book stores' staffs knew her by name.
Avery was a reader before she was a writer and hopes to always be both. She loves to write about smartass alpha heroes who are as good with a quip as they are with their *ahem* other God-given talents. Her heroines are feisty, fierce and fantastic. Brainy and brave, these ladies know how to stand on their own two feet and knock the bad guys off theirs.
Website Twitter  Facebook Goodreads