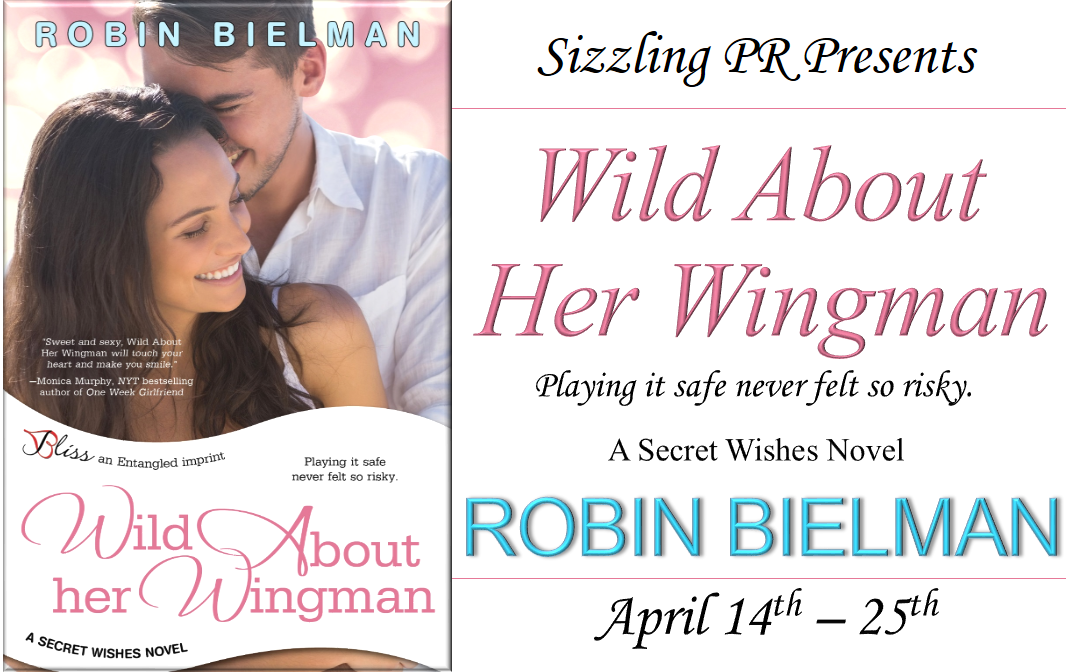 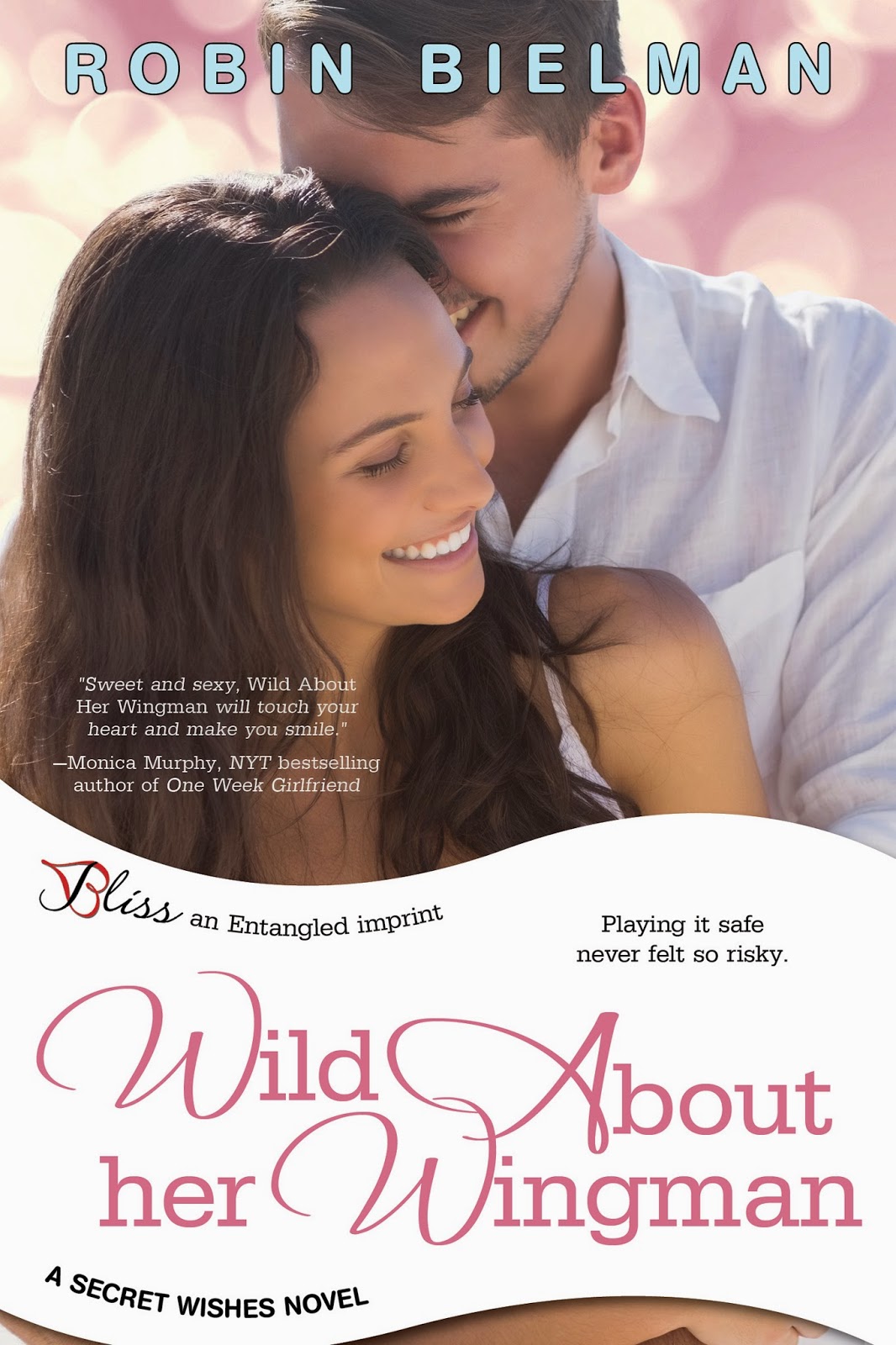 Wild About Her Wingman
By
Robin Bielman

Blurb: Erin Watters is her small town’s resident wild child—she doesn’t do boring, and after having her heart annihilated, she definitely doesn’t do relationships. Her friends have other ideas, though, and when they throw down a matchmaking challenge, impulsive Erin can’t ignore it. Even when the annoyingly hot Troy Strieber accepts the matchmaker role…
As a rescue paramedic, Troy’s used to watching out for people. Never mind the bet he made with his buddy to play Erin’s wingman. But the more time he spends with the sexy, charismatic woman, the more he discovers a side of her she doesn’t let many see. Soon what started as an innocent game of matchmaking has them both thinking about the person right under their nose. But Troy’s a play-it-safe guy, and he won’t let a woman who lives for risk ever steal his heart.

My Review: 5 stars
What a great read! I loved it from the first page to the last. Erin is a strong person, having gone through the heart break she previously did. However, with all her friends and family getting paired up, she's not so sure anymore about living the single life. She wants to find love, but mistakenly believes that she needs to find a guy who is safe for her heart. Leave it to her friends to pair her up with a guy who's a matchmaker and then watch the sparks between them fly. Not one of the guys Troy sets Erin up with have any kind of spark or chemistry between them, and Erin is okay with that.  Troy, on the other hand, has plenty of sparks with Erin. Initially, Troy believes that Erin is reckless and that's not for him any longer. There are a few ups and downs, twists and turns that make this a great story. After spending so much time together, they both realize they have feelings for the other. Erin convinces herself that she's not the one for Troy, because of her spontaneity and adventurousness and walks away. Because Troy made it clear he does not want anyone with those qualities because of something that impacted his life greatly before they met. That is also something that Troy is still dealing with that Erin helps him get over. But she doesn't know how he feels. Troy doesn't know how Erin feels, but knows that she's putting distance between them. That leaves it to Troy to make her believe that she is the one for him, and he does so spectacularly. There's a lot more to the story, so you really should read it. The characters are fantastic, complex and left me with a feel good vibe. I'd love to read more in the series and more from Robin.

Author Bio:
Robin Bielman lives in Southern California with her high school sweetheart husband, two sons, and crazy-cute mini Labradoodle, Harry. When not attached to her laptop, she can almost always be found with her nose in a book. She also likes to run, hike, and dip her toes in the ocean. Filled with wanderlust, she longs to visit many different places and fulfill her curiosity. She wouldn’t mind indulging her sweet tooth in every location either. She’s a lover of sticky notes, cable television shows and café mochas. Writing is a dream come true, and she still pinches herself to be sure it’s real.
Her Secret Wishes series includes Kissing the Maid of Honor and Her Accidental Boyfriend. Her other novels include Worth the Risk, Risky Surrender and Yours At Midnight.  She loves to connect with readers. Learn more and sign up for her newsletter on her website at http://robinbielman.com.