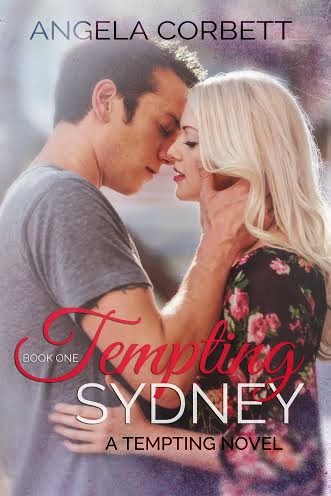 “Someone needs to make you come completely undone, Sydney Parker.” His tongue moved slowly over his lips. “That someone is going to be me.”

Goal-oriented Sydney Parker has never had a problem focusing. She’s about to start law school, the first step on her way to the Supreme Court. With no time for relationships, she lives vicariously through her best friend Brynn, who has recently decided to use sex as a research tool. Sydney, however, hasn’t been laid in years. Men are a distraction, one Sydney has diligently avoided…until Jackson West crashes into her life, and under her hood.

The last thing Sydney needs is a hot mechanic working on her ‘69 Camaro. Especially a hot mechanic with eyes like the ocean and lick-me abs, who claims to be better in bed than a werewolf.

But Sydney has goals, and a relationship with the enigmatic Jax would challenge her.

Sydney is about to find out that temptation is very hard to resist. 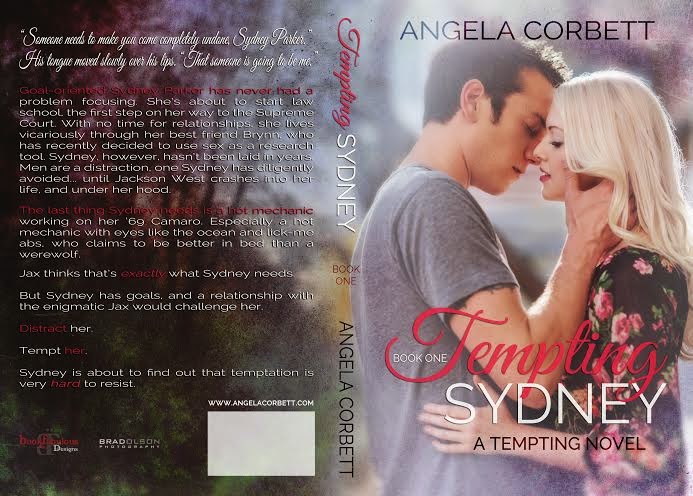 As a child, Angela Corbett’s most prized possession was a set of read-along books. She used to follow along with the narrator on the stereo and dream of when she would be able to read by herself. Her childhood reading habit led her to consider her future career. However, after consulting with her parents, she realized she had already exceeded hobbit height and since fairies and dragonslayers were tricky jobs to get, she decided she wanted to create worlds of her own. She started writing poetry in elementary school and worked as a journalist in high school and college, but could never leave her love for writing fiction behind.

She is a graduate of Westminster College where she double majored in communication and sociology. She has worked as a journalist, freelance writer, and director of communications and marketing. She loves classic cars, traveling, and escaping in a good book. She lives in Utah with her incredibly supportive husband and their five-pound Pomeranian, Pippin, whose following of fangirls could rival Justin Bieber's.