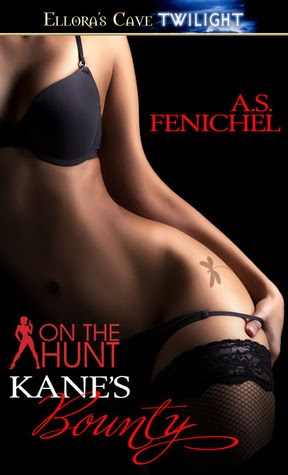 Book Description:
Telepathic bounty hunter Kane has one rule—never get involved with a fugitive.
It’s a simple assignment with good money at the end. Picking Lena up is no problem. Protecting her when her ex-husband, mercenaries and another bounty hunter threaten her turns into the fight of their lives.

Together, the Stones of Adeline and Lena are powerful magic. She never considered the complication of the sexy bounty hunter and her undeniable desire for him. Their paranormal bond will need to be strong if they’re to survive together.

By reading any further, you are stating that you are at least 18 years of age. If you are under the age of 18, please exit this site.

The overcrowded bar didn’t stop Kane from spotting his mark the moment she walked in. Even if he hadn’t seen her picture, her nervous demeanor would have given her away. It was too crowded to get a psychic read on her, but there were other ways to find a fugitive.

The mug shot hadn’t done her justice. Lena Cruz could stop traffic. Her curves were exactly the kind a man liked to run his hands over and other body parts came to mind too. Her dark hair just touched her shoulders and those bright hazel eyes darted nervously to every corner of the room.

She even looked at him for a second or two. He smiled and moved to lift his glass in her direction, but her focus shifted before he had the chance. He followed her gaze to the corner of the room.

“John Porter,” Kane mumbled. He had to make an effort to relax his grip on the glass before he ended up with a hand full of Jack Daniels and cheap glass. He shrugged and downed the remaining whiskey before getting up and moving to a barstool that was closer and had a better view of the corner. Porter wasn’t alone. He had a couple of his bodyguards with him and a blonde wearing too much makeup.

The band finished their set and the crowd noise lulled for a few seconds.

“It’s nice to see you, Lena,” Porter said. He stood and kissed her cheek.

Porter’s eyes darted around the bar. “You shouldn’t—”

The jukebox kicked on, and Kane couldn’t hear the rest of their conversation.

It made no difference. She was a mark, no more, no less. He was hired by the bail bondsman to pick her up and bring her in. What she was doing talking to a notorious money launderer was irrelevant.

He’d wait. No need to tip off Porter. Someday he might have to pick the scumbag up and he didn’t want to blow his cover. He signaled the bartender and ordered another Jack on the rocks.

Something niggled at the back of his senses. The atmosphere changed and a familiar mind slipped into his consciousness. “Wade, NO!”

The words were not out of his mouth before Shamus Wade torpedoed through the crowd and crashed into Porter’s table.

Kane was on his feet. He didn’t move forward. Interesting distraction.

All three men and the blonde who was sitting with them stood up as drinks splashed in every direction. Lena stood gape-mouthed, and Wade grabbed her arm. He stood a full foot taller than her and probably outweighed her by a hundred pounds, but she pushed at him and slapped his face. Wade’s beady eyes narrowed. Closed-fisted, Wade punched her in the head.

Mistake. Kane took a step toward them to get a better position and wait to see how the situation played out.

Wade’s head spun around, sensing Kane for the first time. When their eyes met, Kane just smiled and shook his head at the ill-laid plans of the other hunter.

The crowd went dead silent. The music screeched to a stop. Lena looked dazed for a moment and then her knees began to buckle.

Wade sensed the change in the focus of the crowd. Men and women alike were glaring at him and moving closer. “It’s okay, folks. This is my wife. We’re just heading home now.”

The bartender had already dialed 911. Kane could hear the conversation behind the bar. A woman with colorful full-sleeve tattoos, flanked by two enormous men, stepped forward. “I don’t care if she’s your momma. You ain’t going anywhere with that woman. We don’t care for men who beat their women around here.”

“It was just a little misunderstanding. Right, Lena?” Wade looked scared as the crowd moved in on him. Kane felt the building tension and rage in the bar. Anger and fear pulsed in the room, creating a dull ache in the back of his skull. He was sure Wade could feel it too and it was the cause of the hunter’s fear.

Lena’s eyes rolled back in her head and she leaned against Wade, forcing him to release her arm and grab her around the waist.

Kane moved in another two steps and sidled off to the left. The crowd pushed forward and Wade pulled his handgun. He waved the Remington 9mm in the direction of the crowd.
Mistake two.

John Porter and his associates bolted for the back door as soon as the weapon came into view.

Kane rushed in just as the two large men and the tattooed woman charged Wade. Lena slipped from his grasp and the gun hit the floor. Kane closed the gap, threw Lena over his shoulder and headed for the back door.

He heard as much as sensed the change in the crowd as the fight started. Kane didn’t know how long it would take the police to arrive or if Wade would get away before that happened. He had to get her to a safe place. He could take her to local law enforcement for extradition in the morning.

The rear exit led out to a narrow alley. Before they’d reached a hundred feet from the noisy bar, she pounded on his back. “Put me down.”

“That was a fine performance, Lena. Why don’t you continue with the knocked-out act for a few minutes more?”

My Review: 5 stars
I was in no way prepared for this book. It was powerful, and moving. Sensual and heartbreaking. So much more than I thought. The storyline is strong and there's plenty of action and lots of adventure. An almost immediate connection between Kane and Lana that was so much more than either of them thought it could be when they met. They gave to each other at first, their bodies. But that quickly became more. Kane's abilities and Lana's combine at a certain moment, just for a while. But it's long enough to show what could be one way or another. A.S. has created some great characters, a moving storyline, and a beautiful, moving love story with lots of Oh My God, sheet-gripping, sweaty, sensual sex scenes. You should read this book. You can thank me and the author later. 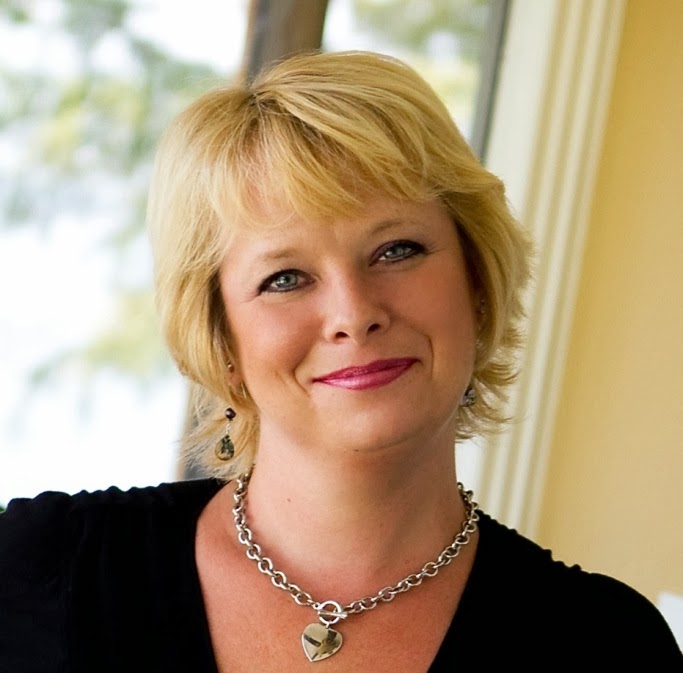 A.S. Fenichel gave up a successful career in New York City to follow her husband to Texas and pursue her lifelong dream of being a professional writer. She’s never looked back.

A.S. adores writing stories filled with love, passion, desire, magic and maybe a little mayhem tossed in for good measure. Books have always been her perfect escape and she still relishes diving into one and staying up all night to finish a good story.

Originally from New York, she grew up in New Jersey, and now lives in the East Texas with her real life hero, her wonderful husband. When not reading or writing she enjoys cooking, travel, history, and puttering in her garden. 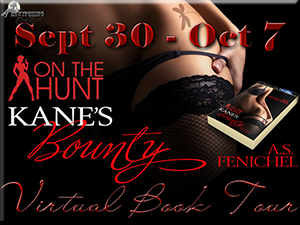