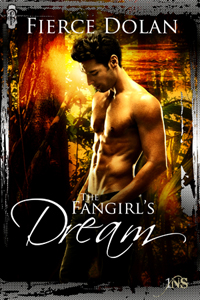 Siler Dunham would do anything to have Farraj Reza, hero of the smash network TV drama, Endangered. Every week she tunes in to watch him calculate the rescue of fellow bus crash survivors trapped deep in the jungle by a ruthless drug lord.

A federal public defender with a penchant for saving the unsavable, she can’t resist his sad story, or his badass charm. When she seeks a matchmaking service to meet him, their one night stand isn't what she expected. Forced to choose between unbridled lust and compassion, Siler must forgo her fantasy... or mustn’t she?

Lost in the wild

He had no flaw. The character hated swimming, a permissible preference, otherwise he was strong, dark, mysterious, a whiz with technology, compassionate, and smoking hot. More than all of that, she ached to save him. After years of servitude hacking U.S. GPS drone systems for the Iranian military, he’d broken away by selling Intel to the American government. Finally able to enjoy his first vacation, he was in a bus crash, then later abandoned by the other survivors.
She could save him, restore his faith in humanity, on her knees or bent over a table, which for most men would inspire just fine. She saw no limit to the possibilities in smoothing the ever-present worry lines from his brow.

Ever obsessing about the show with her friends was one thing. After it aired, they’d all bed their boyfriends, even Frank, and through squinted eyes fantasize the cock in them belonged to their television lover. Siler didn’t have that outlet, hadn’t had it for ages. The girls all thought her lack of mate some prudish nod to morality, or deep-seated insecurity. They didn’t know she’d enjoyed raucous sexual freedom in her younger years. No, she didn’t have men at her door in droves now, but not for lack of trying on their part. Her dedication to becoming a federal public defender, however thankless, and saving the unsavable eradicated any hope of a personal life.

Yes, she missed the regularity of a thorough dicking, but it had always come at a high price, one she refused to pay again. Through her twenties, casual sex had been fine, fun, even. But a thirty-year-old bar hopper was just sad, and at thirty-two, after shallow dalliances with a string of Mr. Wrongs, she’d given up.

A year and a half ago.

Being drawn into Endangered proved the perfect Prozac. Her spirits lifted. The relief of not looking for Mr. Right left her free to focus on her caseload, to connect with her clients—society’s castoffs—and try to fulfill her purpose of helping others. Sexual needs became muted, manageable with the right tools—for the most part. Occasionally her body ached for release under someone else’s touch, and in her mind he always had an olive complexion, not to mention agile fingers masterfully working her clit.

Every time, she closed her eyes, she saw Farraj. His face above hers, lips parted in a moan. His lean, hard body moving over, around, in her. His rolling, rich accent asking, “Like this?”

And why wouldn’t it be him? Fantasy gave better than the womanizing pricks her social circle presented. As a well-off single woman, no pressure urged her to find a mate, materially, or even socially. Siler could hold out for the hot love she wanted, and despite how insane, how irrational, she wanted Farraj Reza. Only one avenue presented itself to get him.

My Review: 4 stars
This was certainly different from the other 1NS books I've read. Still good, just different. Siler is a fan of the TV show "Endangered" along with all her friends. Her fantasy is having the main character, Farraj, to herself for one night. She gets her fantasy and a lttle more than she bargained for. I really can't say much more than that without giving a lot way. But if you've ever dreamed of something like that, and really, who hasn't? This is a great book to read. It's entertaining, witty, has a clever main character and a sexy hunk for the dream guy.

I received a copy of this book in return for an honest review.