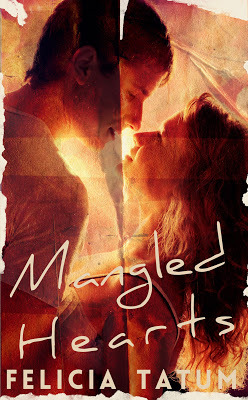 Can two loves find their way back to each other despite an addiction and a hardened heart? Will their love overcome it all?

Francesca Taymon is young, successful, and broken. A tragic accident years ago haunts her to this day, and she blames only one person--the one that holds her heart. When she finally gets her first case, will she be able to handle seeing him again? Can she do her job and keep her heart intact?

Cade Kelling doesn’t take life seriously. He’s reckless and irresponsible, drinking all his problems away. When his parents bail him out for the last time, will he be able to handle seeing Francesca after all of these years? Will he be able to tell her what really happened that night 5 years ago or will he lose her forever?

And the most important question….
Can these mangled hearts be mended? 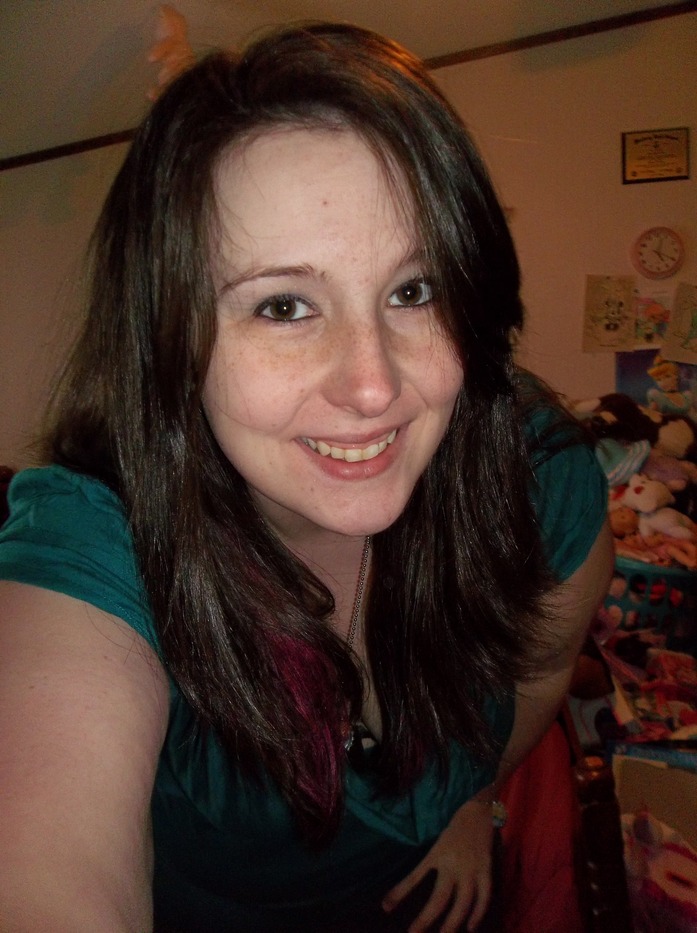 Felicia Tatum was born and raised in Tennessee. She always loved reading, and at the age of twelve began writing. Her passion for creating stories grew and in May 2012, she finally wrote her first novel, The White Aura.

She still lives in Tennessee with her daughter and her kitty. She loves cooking and books. Animals are some of her best friends. She watches a lot of Disney channel and often dreams up new book ideas. She's currently working on various other projects.

A short history/bio from Felicia on each of the main characters:

Cade Kelling: A brown hair, blue eyed dream boat that can charm the pants off of anyone coming or going. He has a problem with alcohol, often drowning his sorrows, problems, and responsibilities in the bottle. He fell in love once, in high school, but his addiction and insecurities caused him to screw it all up. He’s now an adult with the woman he’s been in love with for years defending his case for a bar fight.

Francesca Taymon: Blonde haired, brown eyed beauty who doesn’t understand her worth. She’s insecure about her looks, but confident with her intellect. After a devastating accident changed her life five years ago, she’s been a hardened shell that thought the worst about the one she cared the most for. After seeing Cade again, learning the truth, and finally letting go, she manages to finally stand up for herself and be the confident woman she’s always been deep down.

Felicia's idea of the perfect soundtrack to ‘Mangled Hearts’:

Beautiful Disaster by Kelly Clarkson
She’s Like the Wind by Patrick Swayze (Love me some Dirty Dancing!)
Dancing Away with My Heart by Lady Antebellum
Can’t Shake You by Gloriana
Drinkin Man by George Strait
Broken by Lifehouse
Bless the Broken Road by Rascal Flatts
Need You Now by Lady Antebellum
Break My Heart by Sara Jackson-Holman
Faithfully by Journey
You and Me by Lifehouse
Man I Wanna Be by Chris Young

My Review- 4 1/2 stars
Francesca seems like she's got her life together, she's an attorney at a great law firm in her town. She finally get the chance to handle a case, and almost falls apart because of who the client is. Cade Kelling. He has been on Francesca's mind for a very long time. What she doesn't know is that she is on Cade's mind too. Cade is stunned to find that Francesca is his lawyer. He's a screw-up, he has been for a long time and he has an addiction that he doesn't want to admit to anyone, much less himself. The love that Cade and Francesca have for each other can't be denied. They both know it. Now Cade has to come to terms with his addiction and Franceca has to let herself open up to the depth of Cade's feelings for her. This was an interesting book from the beginning. I enjoyed how it flipped back and forth from Francesca's point of view to Cade's point of view. I enjoyed the writing style as well. I thought that it was interesting how Felicia kept putting snippets of the past throughout the book. I loved that. It let you "see" what happened between them in the past. I wanted to know so much what Cade had done to Francesca that had hurt her so bad from the very beginning. He was such a jerk to her, because he thought himself unworthy of her. This is a beautiful love story about second chances with your first love. I received a copy of this book in return for an honest review.