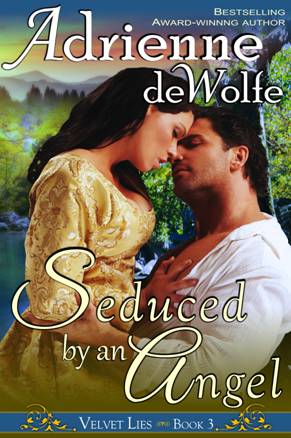 Kentucky belle Seraphina Jones craves a dashing stranger worth kissing. When she spies her handsome, half-naked hired hand at the riverbank, she thinks her dreams of romance have come true. But this Texican is wanted for murder.

Jesse Quaid can't let Sera's sweet kisses distract him from rendezvousing with Cass, a childhood friend, to clear his name of a crime he didn't commit.  But then a case of mistaken identity turns Cass into Jesse's deadliest rival for Sera's heart.

Now, Sera must find a way to end the feud before the man she loves is lost forever. 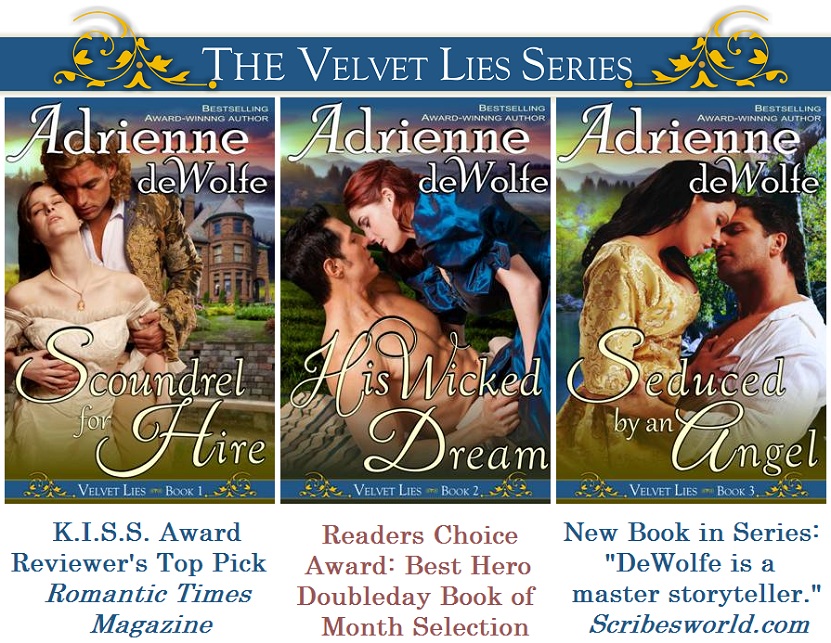 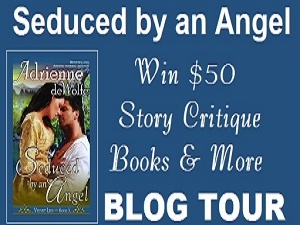 Adrienne deWolfe is a #1 Bestselling Author and a recipient of 48 writing awards, including the Best Historical Romance of the Year.  She consistently delights readers with sexy, action-packed, western-style romances, including her Wild Texas Nights series and her Velvet Lies series.  In addition, she is the author of the bestselling non-fiction ebook series, The Secrets to Getting Your Romance Novel Published.

Fascinated by all things mystical, Adrienne writes a weekly blog about dragons, magic, and the paranormal at http://MagicMayhemBlog.com to help her research her upcoming YA Epic Fantasy series.

She also writes a weekly blog with fiction writing tips and advice about the business of writing at http://WritingNovelsThatSell.com.  She enjoys mentoring aspiring authors and offers professional story critiques and book coaching services.

Subscribe to the Newsletter for Writing Novels That Sell
http://eepurl.com/eGgbs

Subscribe to the Newsletter Magic and Fantasy Book News
http://eepurl.com/wGwan

The Secrets to Getting Your Romance Novel Published (Series)
http://writingnovelsthatsell.com/the-secrets-to-getting-your-romance-published/