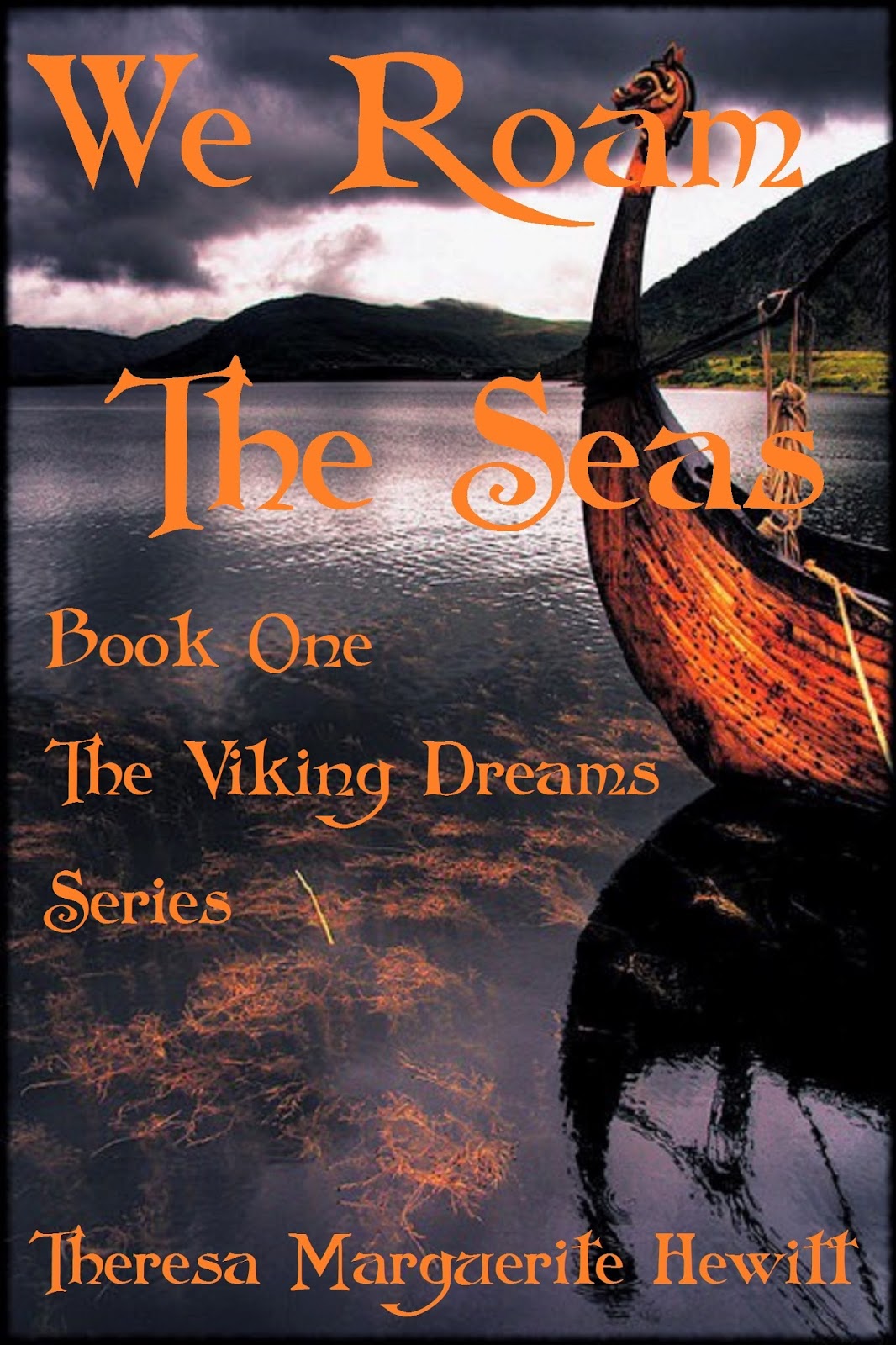 When an unknown evil lingers in the distance, Viking daughter Freya is forced into a marriage to keep her safe. Defiant at first, Freya soon finds herself wanting the attention and touch of the stranger whom is set to be her husband.Asgar never worried about finding a wife, he only wants to take care of his people the way his father always has. When he sees Freya, he's pulled in, knowing he has to protect her no matter what. Thrown into a life neither really wanted, can these two learn to love? Can they share one heart? Is the unknown evil really the one they need to worry about?Prepare to be thrown into the dark world of Vikings, mixed with a love story and betrayal that will tear at your soul. 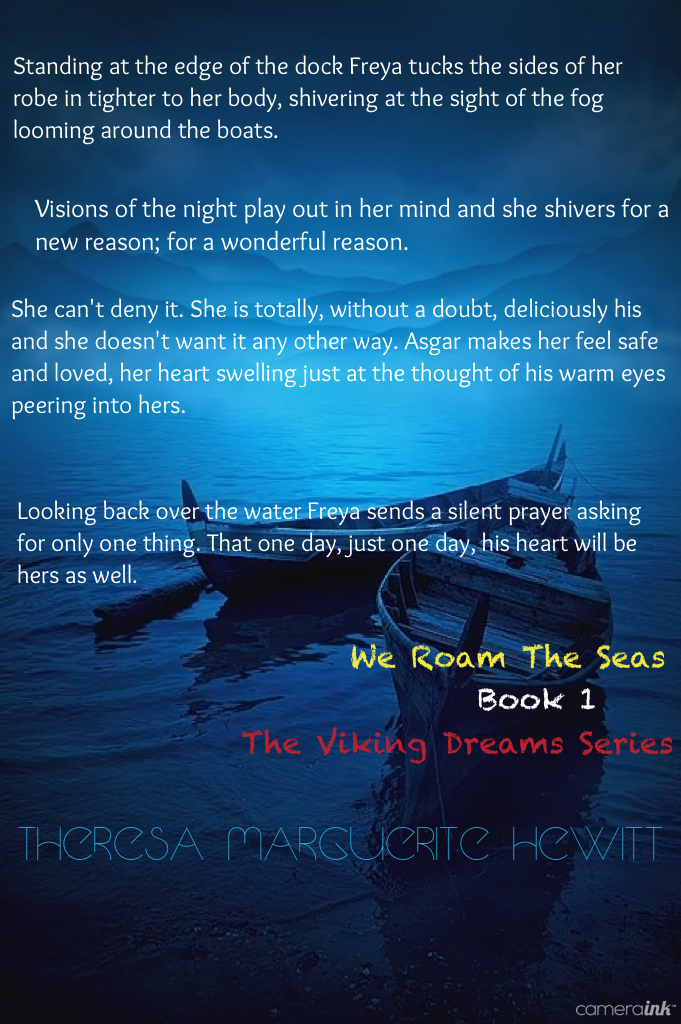 He is the tallest of them, his dirty blonde hair to his shoulder in a single braid as tight braids line his scalp on each temple. He is not a small man and as Freya takes in his broad, muscular chest through his shirt she feels a slow heat rolling over her skin. When her eyes meet his, she is pierced by the ice blue color as it pins her to her spot, her body feeling as if it is paralyzed.
“And Asgar,” her father says finally after what seemed like days. The sound of his name and the way he held her gaze made a hot blush burst forth from somewhere inside and Freya lowers her eyes, trying to regain her composure. She hears him clink his mug with those around him and the wooden bench creak as he sat, but she couldn’t bring her eyes from her hands in her lap nor could she keep her heart from racing.
“Why are they here?” a voice called from the back over the murmurings and she finally picks her face up to see one of her father’s friends, Linder, standing at the end of one of the tables, his gut hanging over his pants as usual and mead dribbled on his shirt. The sight of the jolly man makes her smile and he nods at her, giving her a kind wink as he usually does.
Ivan clears his throat, waving for his longtime friend to sit and takes another drink from his mug. He needs the fermented beverage to give him strength as he knows what he says next will bring a wrath upon his head. Placing his hand on Freya’s shoulder he waits for her to turn and look up at him with her sweet, innocent smile and for a second, his resolve falters. He pushes it away just as quickly as it came and squeezes her shoulder as she pats his hand.
“They are here to celebrate with us,” he says as Freya looks up at him expectantly, her green eyes reminding him so much of his beloved Dagny. How would she see what he is about to announce? She would side with him after many arguments, which is usually how their love worked. She would concede after hearing about the horrifying stories of raids in Scotland by an unknown tribe. This was what was best for everyone. It gave his island a little extra protection and muscle and made sure his precious Freya is away is something was to attack.
“Celebrate what, Ivan?” yelled another and Freya’s heart started to race. What is her father talking about? He shared everything with her. What was he keeping secret and why does she have the sinking feeling that it concerns her?
“They’ve come to celebrate a wedding,” her father says, squeezing her shoulder once again as she gazes up at him. His golden hazel eyes seem to be tearing up as he speaks and it puzzles her. She rests her hand on his, perched on her petite looking shoulder under his massive size, and she can feel what is coming.“A wedding between Halvard’s youngest son, Asgar, and my daughter, Freya.” Her eyes never leave her father as she hears the low mumble run through the room. Her mouth drops open as her father tries to give her a smile, but she can see the hurt in his eyes, the unshed tears still lingering on his tough lashes. 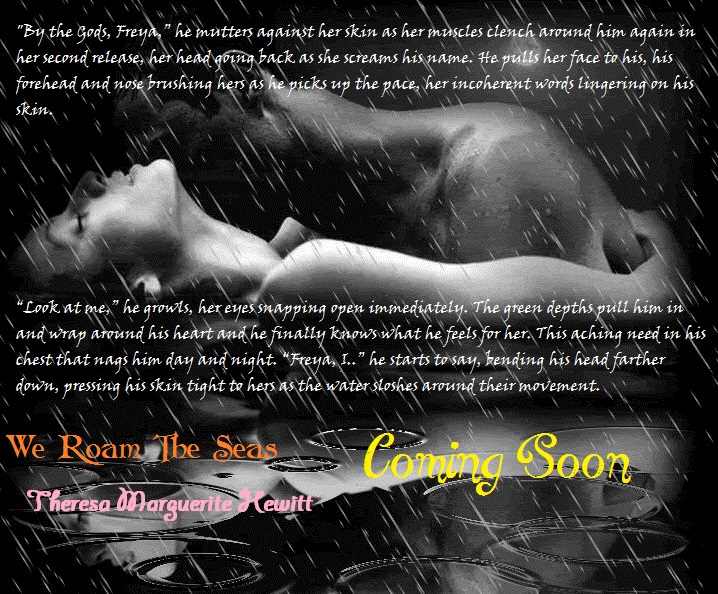 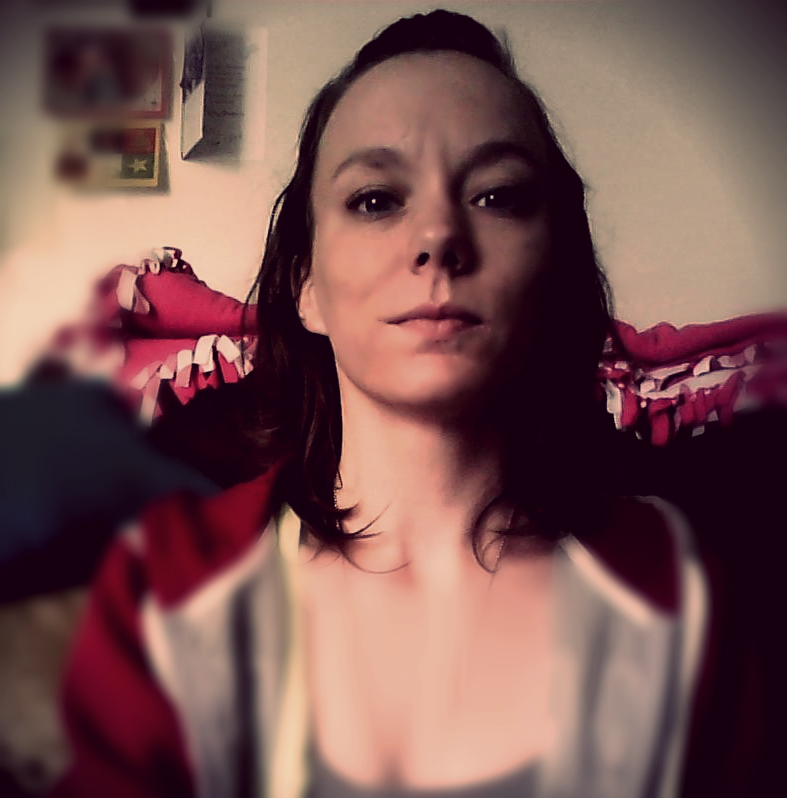 Theresa Marguerite Hewitt is a very laid back person; enjoying the simpler things in life more than most sometimes. She grew up in a very, VERY small town in Central New York and she will always be a Redneck Woman. She loves reading, writing, taking long pointless drives and long dusk time walks. Fall and winter are her favorite times of year and she spends more time outside then than in the summer. She loves hearing from fans and isn’t above fan-girling on those that show her tons of support. She is addicted to the cheap-Harlequin romances you can pick up in most drug stores and can't go in and out of a store without picking up at least one. She reisdes in Buffalo, NY with her boyfriend, two dogs and two cats.

Links are as follows: