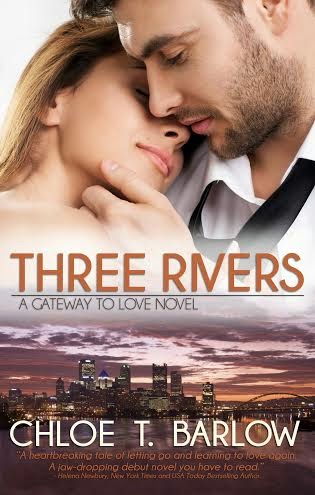 Synopsis
"A heartbreaking tale of letting go and learning to love again. A jaw-dropping debut novel you have to read.” - Helena Newbury, New York Times and USA Today Bestselling Author.

How do you start over when you gave everything to one life, one plan, and lost it all?
Althea refuses to allow herself to love again. Imprisoned in grief at twenty-four after her husband’s sudden death, she’s convinced her heart died along with him. She spends her days honoring his memory by clinging to the legal career he helped her to build and to the remaining pieces linking them together.

Griffen’s been running from his past. Despite success as an author and investigative journalist, he’s been traveling through life on autopilot. For a decade, he’s chosen perilous adventures and meaningless sex over the danger of any attachments. When he finally returns home to Pittsburgh, he’s slammed by the awakened memories and regret he’s spent years trying to escape.

A chance encounter brings them together. Their instant desire for each other – and the bond they discover between them – shocks them both. Despite her best efforts, Althea can’t resist Griffen’s charm or his intriguing proposition – if she agrees to a no-strings affair with him for the two weeks he’s in town, he swears he’ll walk away when their time is up. Assured she can test the waters of a new life while keeping her vow never to betray her husband’s memory by opening her heart to another, Althea throws herself into the escape Griffen provides her.

Their perfect plans go awry when the intensity of their connection overwhelms them. Will they risk it all on the chance of something great together…or will the power of their secrets and guilt tear them apart? 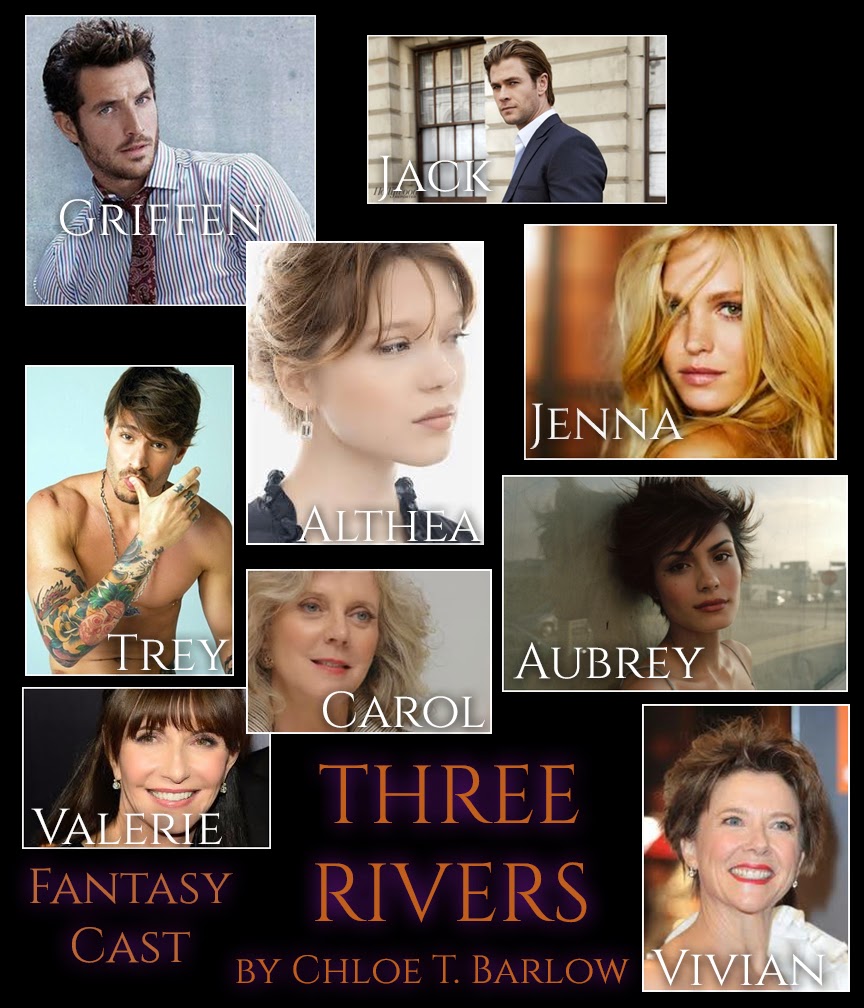 Excerpts
Althea leaned back and forced a smile and laugh as she looked around. Her brazen pretense was tossing kerosene on Griffen's fiery emotions.
With each nervous dart of her eyes, Griffen's heart pounded with more anger. He leaned closer and whispered hotly in her ear, "Is that better? Am I making you uncomfortable? God forbid someone thinks you aren't a perfect widow pining away alone after all these years. That you're still living an adult life," he growled. "Maybe I should ignore your rules and touch you anyway. I know you like it when I do."
"Stop it, please." She breathed slowly, calming herself. "We can touch. Just not here."
"Fine. I get it." Griffen couldn't stop how angry he felt.
The irony wasn't lost on him. Most women he'd been with begged him to be serious with them and tell the world they were together. That had never appealed to him, until now. Yet here was this beautiful, desirable woman that he wanted to express affection to and she couldn't bear to let anyone know they were together. He hadn't even realized how furious it made him until he found his heart was racing and he was feeling hot with anger.
Althea must've sensed it because she leaned over and whispered, "No. You don't get it, and you shouldn't have to. This is my thing. My issue." She looked around to see if anyone was staring at them and looked into his eyes. "I do want to touch you. I want you to touch me." She swallowed and lowered her voice even more. "Very much."
"Fine," he gritted out. When he looked down at her, with her eyes turned up so full of concern while her lips parted and she panted just a little from the desire that coursed through them every time they were near each other, his heart pounded for a different reason. "I need to touch you, too...everywhere."
"Yes, please," she whispered. 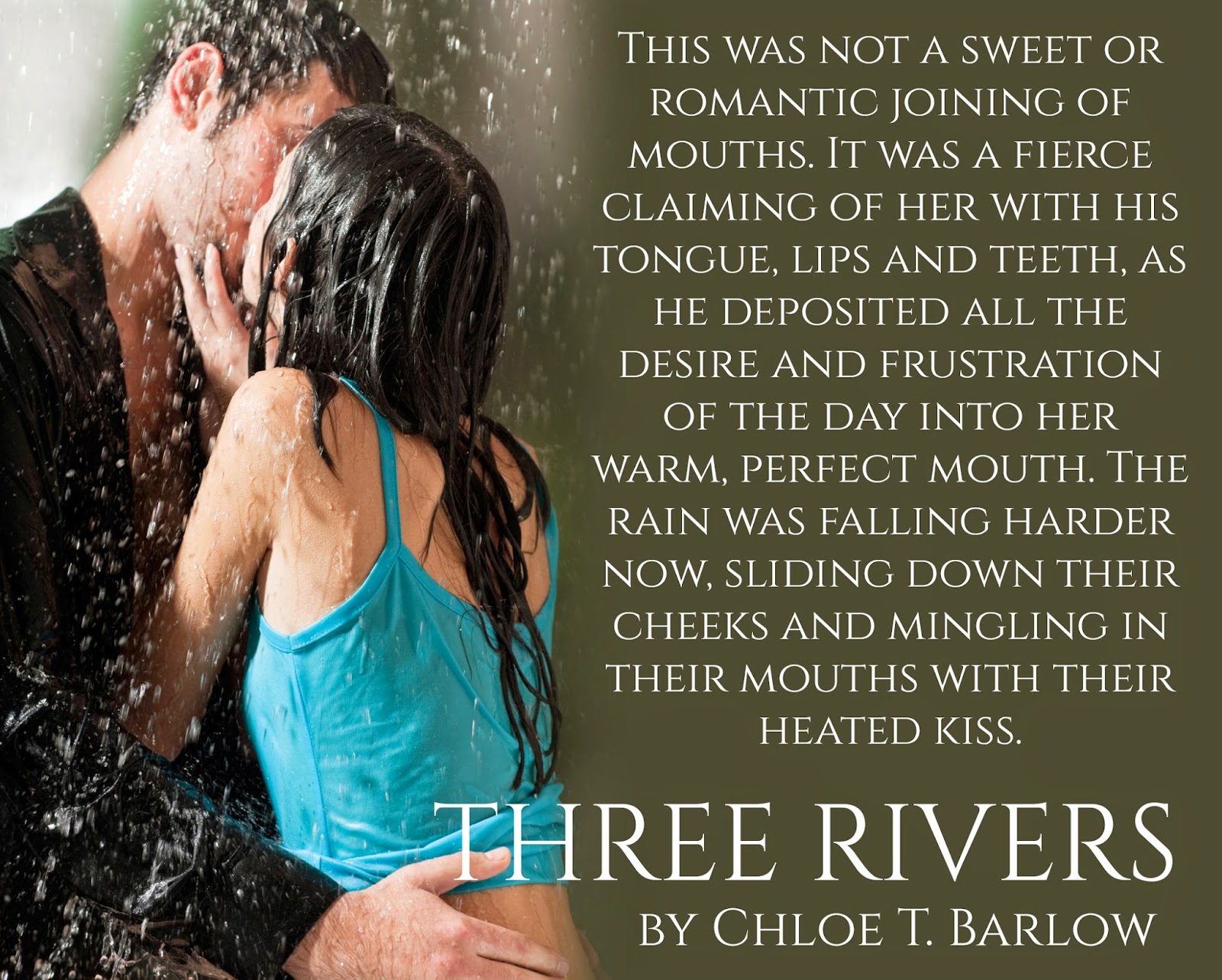 My Review: 5 stars
This was such a good read, I really didn't want it to stop. When it was over, I wanted more. I felt so bad for Althea, carrying guilt for her husband's death. More so, because her mother in law actually told her that it was. I didn't like her very much throughout the entire book. Carol made Althea feel bad for wanting to move forward with her life, insisting that she was still Jack's wife, not his widow. I absolutely loved what happened all the way through with Althea and Griffen. Originally, Griffen thought one night would be enough.Served him right that she was gone when he woke up. Fate wanted these two together though, because they saw each other again that same day.  Turns out Griffen was Jack's childhood best friend. Then Griffen thought he would just pass two weeks with Althea, no commitment, just fun, then it just wasn't enough at all. Griffen hated the hiding, and reached a point where he didn't want to do it anymore. I loved how Griffen evolved from a serial one night stand guy to wanting everything with Althea. I also loved how he was with Johnny, how he reached out to Althea's friends, Jenna more than Aubrey, to help him figure out how to get things moving with Althea. More than that, I was so happy that through his work, he was able to find out the real story of what happened to Jack and who was behind it. There were some scary moments in this, some real heart breaking ones - in good and bad ways too. There was so much more to this book than what I've written here. It was so good, I really wanted to give it more stars than five. The writing drew me in and kept me attached to the story all the way through. I loved the characters, for the most part, and I really can't wait for the second book to come out! I would love more from these characters. Excellent job Chloe, I really enjoyed everything, from the first page to the last.

Author Bio
Chloe is a contemporary romance novelist and practicing attorney living in Pittsburgh, Pennsylvania with her husband and their sweet puppy. She is a native Washingtonian that graduated Duke University with a degree in English and Chinese language. She met her husband at Duke and he brought her to Pittsburgh over a decade ago, which she has loved ever since and made her adopted hometown. She also attended the University of Pittsburgh Law School where she continued to be a book-loving nerd.
Chloe has always loved writing and although she does do it professionally as a lawyer, she cherishes the opportunity to craft her fictional novels and share them with the world.
When Chloe isn’t writing, she spends her time exploring Pittsburgh with her husband and friends. She also enjoys yoga, jogging, and all Pittsburgh sports, as well as her Duke Blue Devils. She is an avid reader and wrote her debut novel Three Rivers in her spare time. She continues her tireless legal style of research in her fiction work as well. For example, in an effort to bring authenticity to Three River’s treatment of grief and loss, she consulted with a psychologist and grief counselor during its preparation.
Connect with Chloe
Facebook: https://www.facebook.com/pages/Chloe-T-Barlow/446666692117051
Newsletter and Blog: http://chloetbarlow.com/newsletter/
Twitter: https://twitter.com/chloetbarlow
Goodreads: https://www.goodreads.com/book/show/18759506-three-rivers
Amazon Author Page: http://www.amazon.com/Chloe-T.-Barlow/e/B00IXAHC64 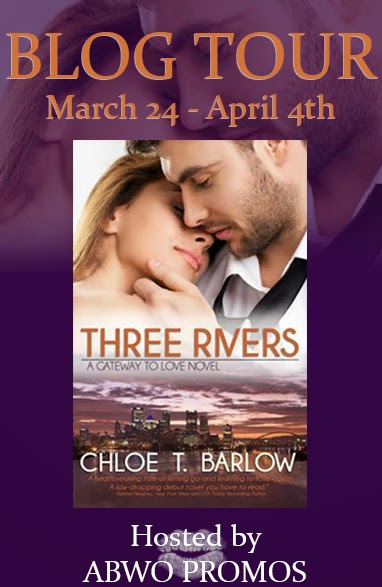