A Home For Christmas by Ann Vaughn with Book Trailer & Review 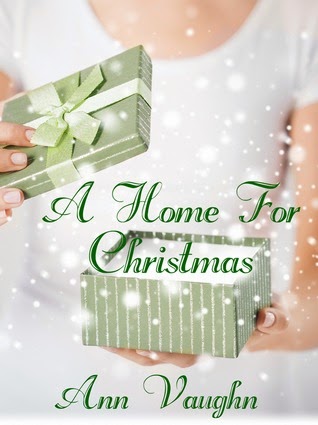 Synopsis:
Single mom, Jenna Blackwell wasn't having a very good start to the Christmas season; her purse got stolen on Black Friday.  She's cursing her luck and herself for even being out in the Black Friday madness when the store manager brings in Riley Stanton, a former Navy SEAL who chased down the thieves and recovered her purse.  Jenna is blown away by Riley: his looks, his smile, the fact that he ran down the purse snatchers, everything.

Riley Stanton had no idea when he chased down the kids who stole a few purses that he would walk into a room and have his life changed forever.  He looked into the eyes of Jenna and saw a strength in her that he found intriguing.

Riley soon learns that Jenna is everything he ever wanted in a woman.  He falls for her and her son harder than he expected to.  Jenna is cautious but welcoming and hopes that she and her son can give Riley the one thing he hasn't had in years, A Home for Christmas.

My Review: 5 stars
This was such a great read. Once I picked it up, I couldn't put it down. Riley is an amazing man, who is just perfect for Jenna and her son, Cam. He comes along, in my opinion, just when she needs someone to be there for her. I really loved that he wasn't afraid to step up and be a part of a family, not just for Jenna but for Cam too. There are a lot of men who wouldn't even take a step in that direction because of Jenna already having a kid. I loved how Jenna just kept trying to go everything by herself, since that's what she was used to. But even more, I loved that Riley wasn't afraid to step in and tell her that she wasn't alone anymore, and to let someone take care of her. That just melted me, in such a good way. Ann is a fantastic author, and once again she's made her characters so real and relatable. Her storyline is fantastic, and I've got to say that I really would love to read more about some of the characters in this book; Mike and all of Riley's brothers. Ann could just have a series with them and I'd be so happy reading all about them. Either way, Ann is on my permanent get that new book now list of authors. 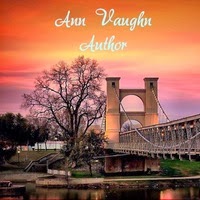 Ann Vaughn is a self-described "Misplaced Texan" now living in Oklahoma. She is married to her high school sweetheart, has two active children and a Border Collie puppy that keeps them all on their toes. Writing has always been an escape for Ann, who began writing "Sweet Valley High-esque" stories for her friends when she was in the seventh grade...and several hundred spiral notebooks later, she is still coming up with ways to entertain some of that same group of friends!