Art of Appreciation by Autumn Markus with Review 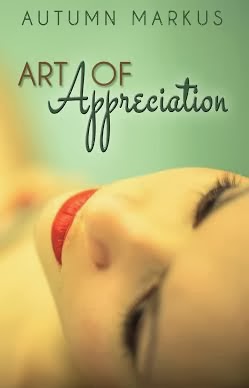 Synopsis
Abby Reynolds is burned out.

Since clawing her way into a great position at a Boston museum, she’s been saddled with a scheming intern and a nagging boss. She’s scuttled her own painting dreams, her cat refuses to be box trained, and now the most boring man on the eastern seaboard just told her, “It’s not you, it’s me.”

Her bestie Sarah offers a much-needed escape: a summer of sand, sea, and younger men in Santa Cruz…

Hot young bike racer Jason is sexy, unattached, and completely ready to spend a summer in uncomplicated flirtation. Since Abby has decided love is off the table, he seems like the perfect match.

Then she meets Matt. Sculptor, surfer (and age appropriate), he’s everything she gave up wanting and then some. He’s a grown-ass man with his own life issues: does he want to sculpt for love or for profit?  What about that twentysomething model who’s always clinging to him? Is he ready to let a woman invade his Fortress of Solitude?

Abby has to decide whether she’s satisfied with leaving behind the idea of Mr. Right and settling for Mr. Right Now.

My Review: 4 1/2 stars
A fantastic read that caters to those of us that are no longer in their 20's. Finally. Don't get me wrong, those are great books too. However, reading about someone who is or has gone through some of the same life challenges you have is refreshing. Makes you realize that it's not just the 20 year olds who have problems finding "the One". I liked this book from the beginning because of Sarah and Abby's relationship. They are best friends and do just about everything together; including being single when they both want something more. They decide the upcoming summer is about CHANGE. They decide to do something out of their normal to shake things up. Great call! They go to Santa Cruz and become immersed in the lifestyle there. They each meet a couple of guys, and while Abby chooses Jason initially, in the back of her mind is always the surfer she met the first day they arrived. Little does she know that the surfer, Matt, has been keeping an eye out for her as well. Things get a little complicated and choices must be made. In my opinion, Abby chooses well, because she knows deep down that she's found "the One". He knows it too. They have obstacle to overcome, like living on separate coasts, etc. But what it really comes down to is, what would you give up for "the One"? Would you do anything to stay together? I loved the entire storyline, the characters were fantastic and I really wouldn't mind a second book with most of the same characters. In fact, I would look forward to it. Great writing Autumn! 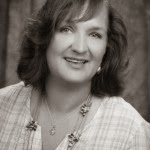 Autumn Markus traveled far and wide as a military brat, but her heart was always in the American west, where she was born. She hikes, reads and writes there still, along with snuggling her husband, four children, and a horsedog. She freelance edits for other authors, reviews Women’s Fiction for the New York Journal of Books, and is the author of the contemporary romances Cocktails & Dreams and A Christmas Wish. She is currently at work on her next novel.