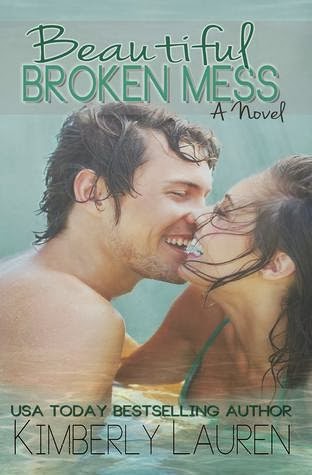 Jace Riley’s close connection with his identical twin brother, Jaxon, is put to the test when he tries to choose between keeping his promises and following his heart. Is this girl that still haunts his dreams, even after four years, really worth it? Jace can’t help but wonder if he made a huge mistake all that time ago when he let her walk into someone else’s arms, especially since that someone was his twin.
Audrey Mills often wonders at what point she should throw her hands up in defeat and allow all of the horrible circumstances of her life to overtake her. Despite the demons she has faced, however, something inside her won’t give in. When she leaves her small town in Texas to attend college in California, Audrey runs into the one guy who could make her or break her. But is the past they share too painful for them to overcome?
This is the second book in the broken series. While each book can stand on its own, it's recommended you read Beautiful Broken Rules before Beautiful Broken Mess.
New Adult/Adult Contemporary Romance - recommended for ages 18 and up.

I'm a wanderer, an adventurer, a traveler. I want to see it all. I haven't been everywhere but it's on my list. "She travels the world & home is always in her heart." Lately if I'm not traveling or chasing a toddler, I'm writing. Which is weird because I hated writing in college. Oh wait, that's because that was boring. Who really wants to sit there and cite all your sources into APA format? Not this girl. Writing for yourself is enjoyable and cathartic. Please try it. Then tell me about because I love indie authors. When I was 19, I packed up and followed my high school sweetheart from Texas to California. We had a blast living it up in San Diego. Four years later we made a crazy decision and packed up again and moved to Germany. What? Yep, you read that right. Guess what? Best decision ever! We OWNED Europe. For three years we saw as much as we possibly could. We lived an hour outside of France, a couple from Switzerland and Italy. Most amazing time of my life. Please go out there and see the world, you won't regret it. After Europe we moved back to California, and for now we're just debating our next adventure. I earned a degree in Child Development. And now I write novels. Makes perfect sense! I write because I walk around all day with these stories in my head. It's nice to be able to get them out of my head in an organized fashion. I hope that someone out there enjoys them, because I have enjoyed so many others'.

My Review: 5 stars
I have to say I really, really did not want to like Audrey. But you know the old saying, there's your side, her side and the truth? It's like that. Audrey had a hell of a life. She made some mistakes and had some really bad things happen to her. But that didn't stop her from making a new life. I'm so glad that she found Lane, well, that they found each other. True friends will get you through anything. And that's what they did for each other. Audrey stepping back into Jace's life was wonderful for her and Jace. But eventually the truth has to be told, and Audrey did that. She told Jace and Jaxon about her past and what had happened to her, and they both realized that even they didn't give her a chance back then.  But they do now. After hearing Audrey's side of what happened, I felt really badly for her. But maybe the time just wasn't right yet. Jace has never loved anyone the way he loves Audrey. And this time, he's not backing down, he's going to get his girl one way or another.

I was really glad to see that everyone from the first book was included in this one, and with the additions of Lane and Max, dang. It was awesome! Congratulations to Kimberly for making a character that I completely hated in the first book come to life and want to be in her corner for her. I know the next book is about Lane and I can't wait for it to arrive! I don't know what it will be about, but I'm sure that it will not disappoint.