Blurb:
Abigail Orson has a problem. A love problem to be precise; and she has absolutely no idea how to go about fixing it.

For years now, she has been chasing her best friend’s brother—demanding things from him that he’s never wanted to give. For one? A real relationship that surpasses well beyond that dreaded ‘just friends’ zone. You see, David Anderson is her idea of perfection to a T. The one and only guy who has ever had the ability to make her heart beat faster; make her toes curl with the simple blink of his long, girly lashes. But David is also a recovering amputee, and the only thing he really wants from Abigail is to be left alone. Abigail is a fighter though, and losing the one guy who has ruined her for every other is no longer an option.

A guy with one leg who has lost his motivation to live—to love—to actually be a man. David believes he’s a waste of space. If only the beautiful girl of his unattainable dreams would get that through her perfect, blonde, stubborn head! He’s not the right guy for Abigail. He’ll never be worthy of what she deserves. However, staying away is almost impossible, especially when he’s just as in love with her as she is with him. But Abigail has a life ahead of her, one that’s definitely livable without a nineteen–year–old gimp like him holding her down. What makes her want to stick around is beyond questionable to David’s mind.

Choices will be made. Lines will be drawn. And together, they will face challenges that nobody saw coming. David and Abigail may have had almost fourteen years to fall in love, but the thing is, timing and love have never exactly worked in their favor.

It has been years in the making, and definitely A Long Time Coming for David and Abigail. Let’s hope they don’t screw it up before they actually have the chance to get it right…
Goodreads:
https://www.goodreads.com/book/show/18365239-a-long-time-coming

Excerpt:
She spun around, nibbling on her lip, grabbing both of his hands as she pulled him slowly along with her. Her eyes were so focused and shiny that he barely remembered his own name, let alone what he was about to say.

They made it to the edge of the floor, just as the tempo of the music slowed, to that of a seductive, rhythmic beat. She pulled his hands towards her, and he took that non–verbal command, wrapping his arms around her waist. His fingers knew just what to do, settling into the curves of her body right above her perfect ass. Those damn traitorous body parts had a mind of their own.

“I won’t let you fall…” she whispered in his ear, running her fingers through the back of his hair like a vixen who he wanted to steal away forever, only, though, so he could lock her up with him in the backseat of her car again.

Shit …it wasn’t the fear of falling that worried him. Oh no…it was the fear of never wanting to let her go again. 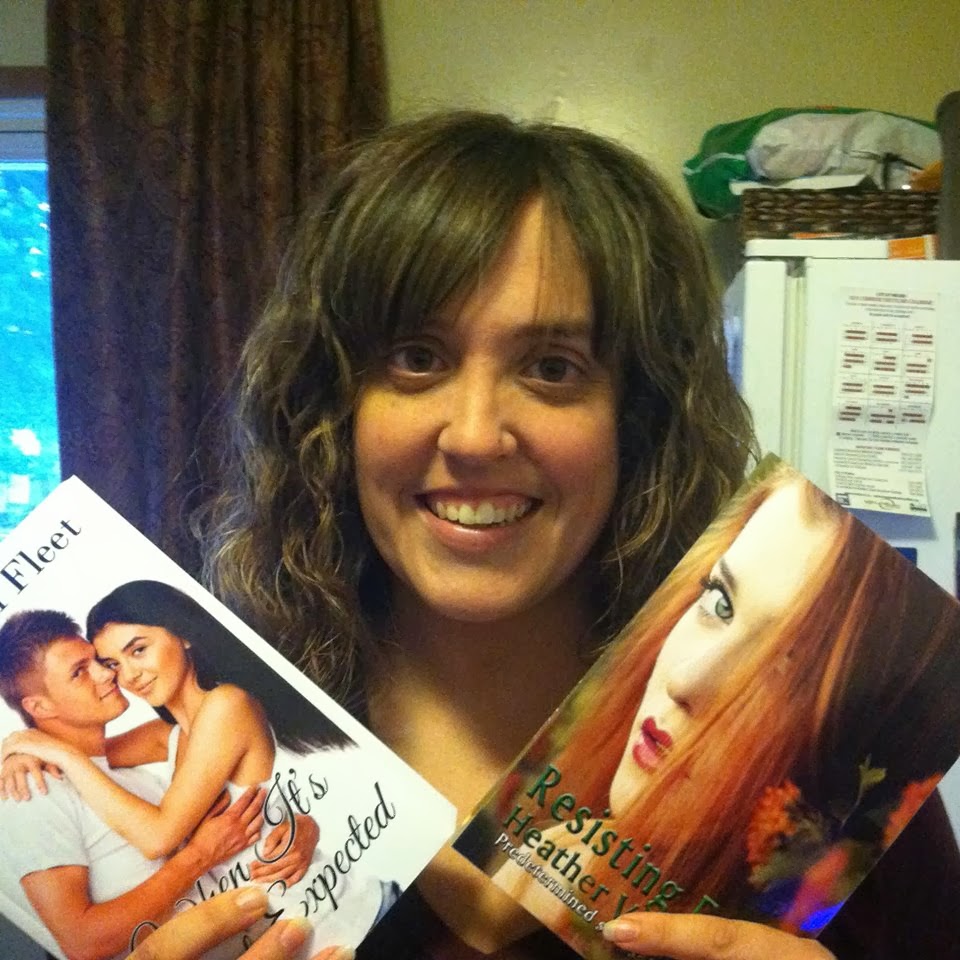 Heather Van Fleet currently reside in northern Illinois, with her three little ladies, and fabulous hubby, and high school sweetheart, Chris. She’s a stay at home mom by day, and an avid and completely obsessive writer and reader by night.
She’s always had a soft spot in her heart for books, and has been creating her own little stories since the age of seven. But she never really had the confidence or the time to actually sit down and really do something about it until her youngest daughter Isabella was born just two years ago. Bella, as well as her older sisters Kelsey and Emma, are and always will be her greatest inspirations.
Links:
Facebook: https://www.facebook.com/authorheatherpowell
Twitter: @HLVanFleet
Website: www.heathervanfleet.com