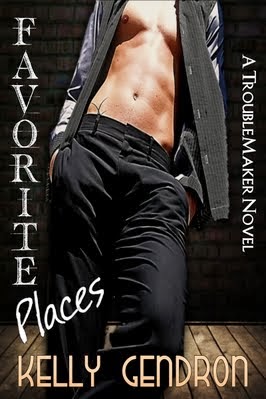 Being illegally hitched is about the only way Chase Lennox would ever be shackled to any woman. But when the multimillionaire playboy finds out he’s married to the woman who caused him to lose the biggest deal of his life, Chase decides before he gives his new wife an annulment, she’s going to help him close the deal he’d lost.


Jessina Landi has a three-foot radius comfort zone. The last man she let into it cost her a lot more than a broken heart. And the huge debt she owes for that trust, well, it’s due. If she takes Chase Lennox's up on his offer, it’s sure to cover the bill.

There’s an annulment waiting at the end of their rainbow… well, that’s if they can get through the next two weeks without consummating the marriage.

"Finish getting ready. We're outta here in a few minutes.” He turned his back to her.

Jessina struggled to recover from the total body meltdown he’d so easily triggered. "Are we heading back to your apartment?"

"Yes," he responded just as he disappeared from the doorway.

"Good." She raised her voice. "You can drop me off at the bus stop then."

Chase's head swayed back in the doorway. "Come again?"

"I'm going home, but I'll be back in time for Caplin's arrival on Thursday."

He stepped back into the room. "Why do you want to go home?"

The question caught her off guard. She'd assumed he'd be pleased to be rid of her.

Nonetheless, telling him the truth wasn't an option. "As you said, the only reason we needed to spend time together was so I could get to know you, so we can convince Caplin we're married."

His forehead wrinkled. "And you feel like you know me?"

"Well enough to pull off a bullshit marriage, yes."

"Hmm." He rubbed his chin, the intensity of his stare holding her captive. She clung to those dark eyes, waiting for him to say something. He dropped his hand and took a step toward her.

"I don't want you to go." His low, husky words resonated in her ears.

Her body hesitated, heart skipped, and nerves stammered. All of her senses failed her. She couldn’t have heard him right. "What?"

"There are a few more things you need to know about me in order to successfully pull this off, Jessina."

Every single one of her senses came back to life as he moved closer.

"Will you stay just one more night?" He stopped in front of her. "So I can show them to you?"

"What?" Heat flushed through her body once more. "What sort of things?"

Dark, ravishing eyes dropped to her mouth as he drew a finger down the side of her cheek. It trailed along her neck, gently grazing her shoulder and caressing the length of her arm. "The sort of things I would do with my real wife." He looked back up at her, his hand now settled on her hip. The weight of his touch caused her stomach to clench with desire. His hand shifted to the small of her back, and her next breath got caught in her throat. "I want to show you how my wife would make me feel when I'm this close to her." He applied light pressure with his hand to her back, and the space between them descended. Their bodies became one.

"Chase…" His name fell from her lips in a near whisper when his hardness pressed into her tight-with-desire belly.

"Jessina…" he hissed back in a throaty murmur… 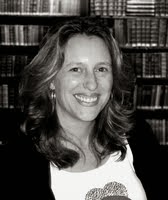 About the Author
Kelly Gendron
Kelly resides in a quiet suburb somewhere between Buffalo and Niagara Falls, NY. Her day job? Kelly has worked in the healthcare field for years. She represents a group of reputable nursing facilities in the WNY area.
She's been faithfully writing for three years. However, she wrote her first book ten years ago but had to put it down to raise her son as a single mom. When her son got a little older, she was able to pick it back up. That's when she settled into her newly married life and started to seriously write again.
The recipe for the men in her stories: a dash of bad boy attitude, a cup of strong and confident and, of course, besides being packed with magnificent bodies, and doused with shameless aptitudes, they must have a tender heart you want to rip out of the pages (or your e-Reader) and take to bed with you at night.
Kelly loves to hear from her readers! Visit her Blog, FB Page, Goodreads, Twitter.